'He has no respect for the truth' | Bloomberg goes on offensive against Trump, opens office in Charlotte

The former New York City mayor is the latest candidate to throw his hat in the ring for president. 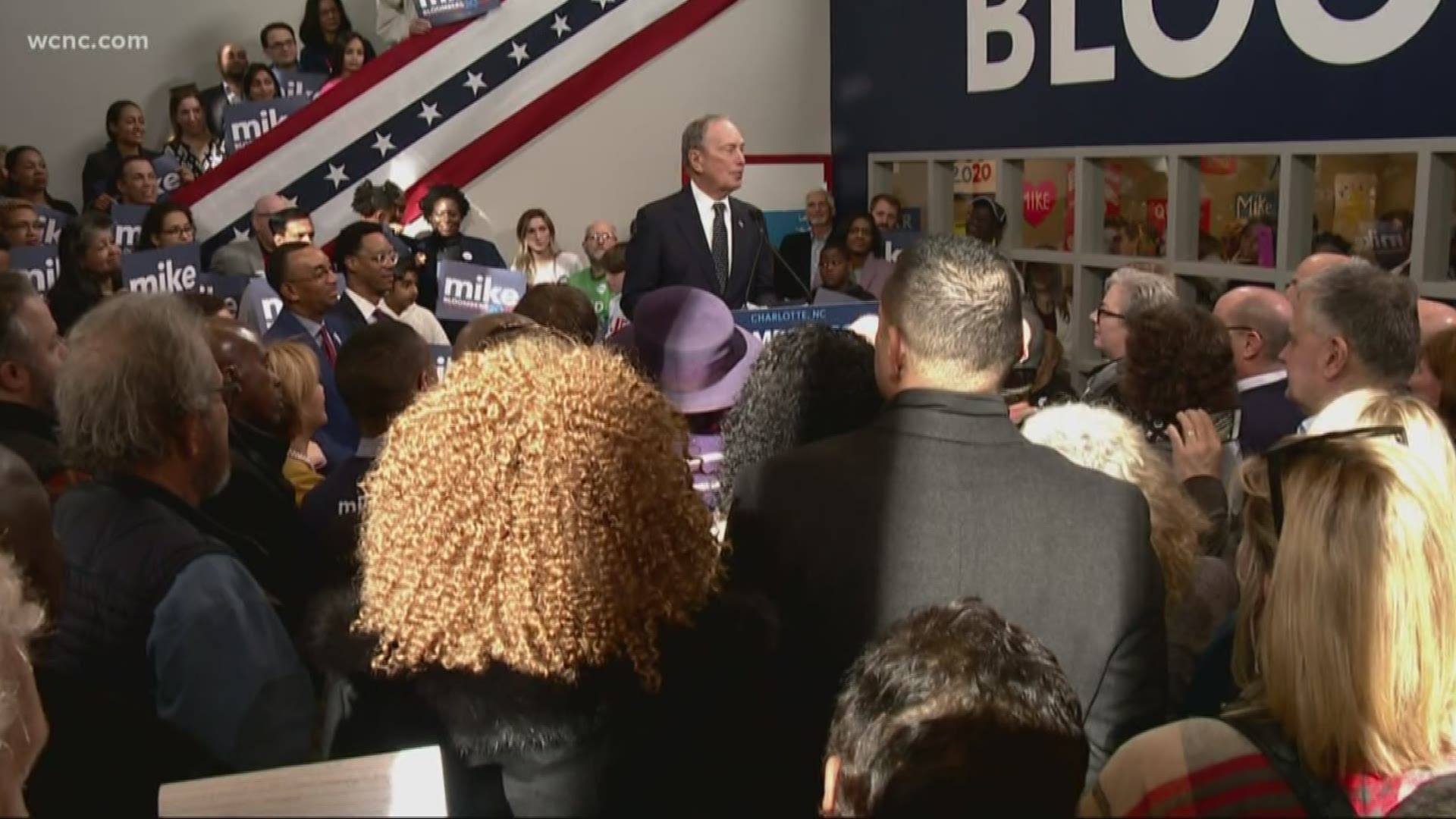 The former New York City mayor is the latest candidate to throw his hat in the ring for president.

Bloomberg was introduced to a crowd of 200 people by Mayor Vi Lyles and others at his new office in uptown.

When asked why he picked Charlotte, he said, "No one else is coming to North Carolina. All of the other candidates are going other places."

Bloomberg said he was compelled to join the race to help change the presidency.

"Unfortunately, I think the chances of Donald Trump’s re-election have gone up over the last year, and that was one of the things that convinced me to enter the race," Bloomberg said.

Bloomberg has worked closely with Lyles and the city of Charlotte in the past. He was here around this time last year to announce the Queen City as a winner of his American Cities Climate Challenge.

Over the course of his 20 minutes at the microphone, Bloomberg went on the offensive against President Trump.

"Together we can send him back to, not Mar-a-Lago but Mother Russia," he said.

Bloomberg went on to say the president makes up his own alternative facts and denies science.

"He has no respect for the truth, all kidding aside," Bloomberg said.

His campaign promises included higher wages, better education for kids, clean air in the U.S. by 2030, an end to gun violence, and health insurance for all.

"What we have to do is unite each other, and rebuild America," Bloomberg said.

No longer getting notifications? Click here for the new WCNC app

'I just want my yard back!' North Carolina neighbors blame NCDOT project for drainage issues, other damage to property

Porch pirate gets a stinky surprise