Pairing the casual look of Converses sneakers and the sophisticated staple of pearls has become a trademark for Sen. Harris. 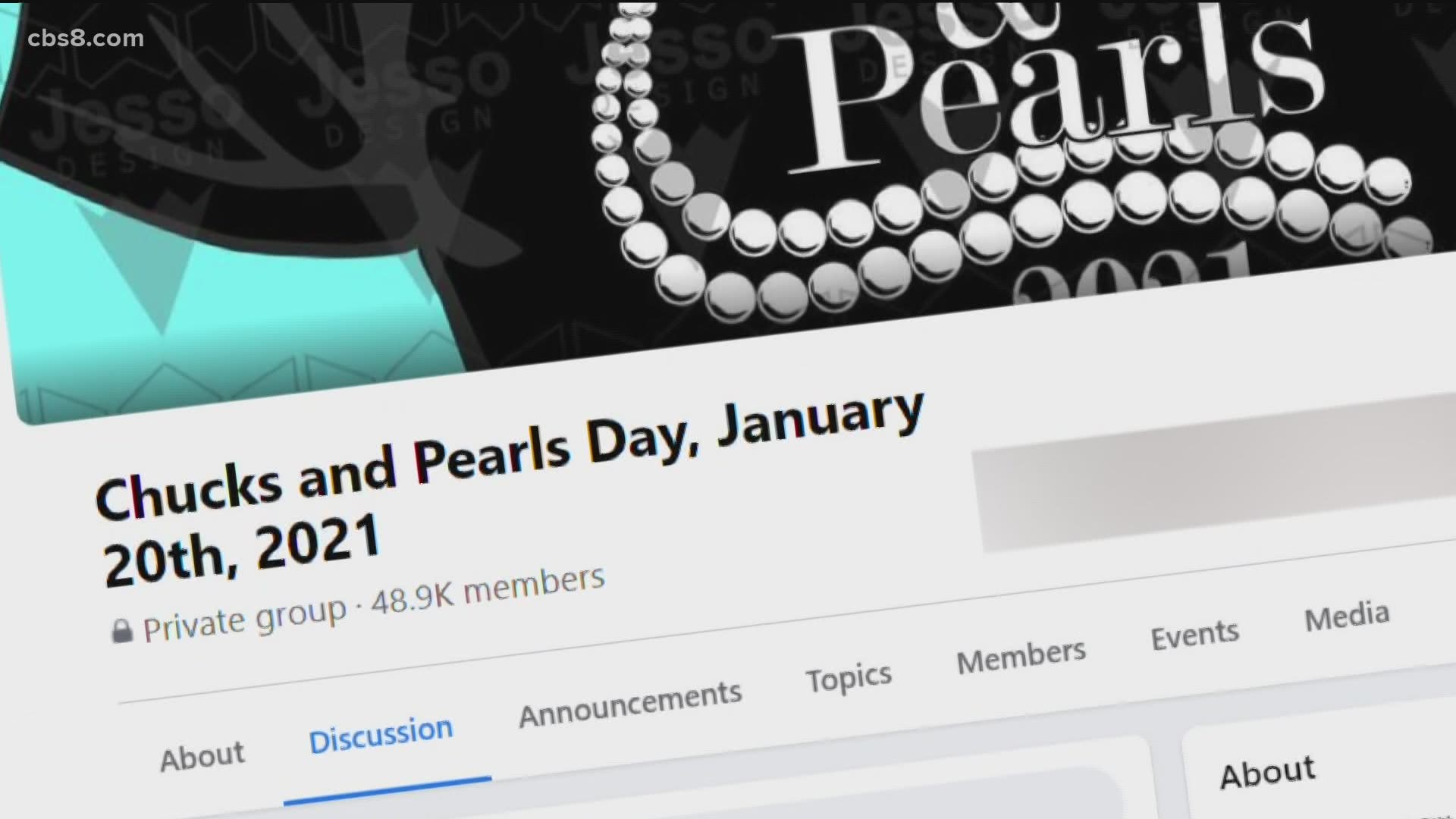 SAN DIEGO — Vice President-elect Kamala Harris’ is set to become the first woman Vice President of the United States in just three days. Now women all over the world said they are counting down the days with excitement and finding their own special way to celebrate Harris’ huge accomplishment.

Harris will be the first woman to become the Vice President of the United States next week. Justice Sonia Sotomayor, the first Latina woman to sit on the Supreme Court, will also swear her in to office.

In celebration, women all over the world are pulling out their "Chucks and Pearls." Harris is known for wearing the Converse shoes and necklace during the campaign last year.

“She’s female. She’s African American. She’s Asian. She checks all the boxes, first of all. And secondly, [there's] the fact that she wears Chucks and pearls, and she’s the type of lady that can be at the table and be ‘speaking’ and can be heard while ‘speaking’,” said Sharon Whetstone, Co-founder of the Chucks & Pearls Facebook group named “Chucks & Pearls Day, January 20th, 2021”

The group now has close to 50,000 members. One group member in San Diego said her style of dress is now a symbol of sophistication and power.

“I think that she’s just a total class act. I really like it. I like all the pants suits she wears. I feel like it doesn’t really define a woman whether she wears pants or a dress,” said Sharon Cooke, a San Diego Chucks & Pearls group member.

Whetstone said group members plan to watch the inauguration from home, while wearing their Chucks and pearls and then post their pictures on Facebook. She also said watching Wednesday’s inauguration is just the beginning for women in leadership.

“It’s definitely an inspiration for women all over especially those young women," she said. "You can one day become the VP of the United States of America. Or the President!”