The Supreme Court has until June of next year to make a decision on DACA. 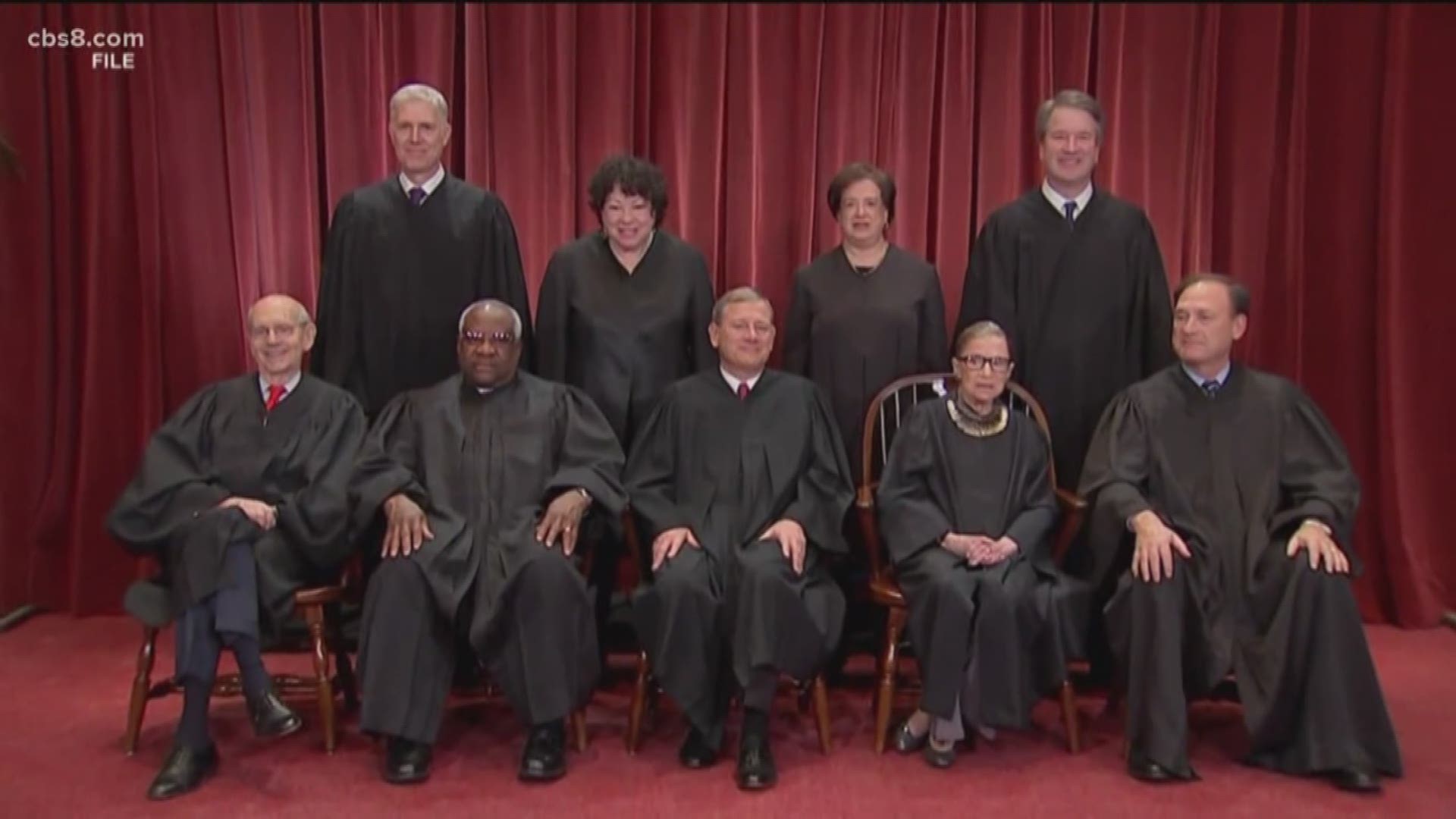 On Tuesday, nine justices heard arguments over the Deferred Action for Childhood Arrivals program as rallies took place across the country. Over on the West Coast, fears are rising for close to 40,000 San Diegans at-risk of being deported if the U.S. Supreme court sides with President Donald Trump and ends the DACA program.

"I came here when I was 5 years old,” said Chavez.

Now 25 years old, Chavez came to San Diego from Mexico City illegally as a child, but under DACA, she's been able to stay, work and earn a degree at San Diego State University.

"This is the only home that I know, although I was born in another country and in another city,” said Chavez.

RELATED: For 30-somethings, stakes are high over future of DACA

Pedro Rios, Director of The American Friends Service Committee, says over 40,000 DACA recipients in San Diego County could be impacted, and over 700,000 people across the country would be at risk of being deported without the program.

“Based on the arguments that are going back and forth, [it] definitely seems it will be divided,” said Rios. “We want the Supreme Court to do the right thing - make a ruling that says DACA is in fact the program that should continue and should not be terminated,” said Rios.

Trump tweeted that many of the people in DACA are “no longer very young” and are “far from angels" on Nov. 12:

“The impact doesn't just end with losing our ability to work, but it also impacts our families, communities and everybody we are in touch with,” said Chavez.

"Regardless of the decision that comes from the Supreme Court, our home is here,” said Chavez.

The Supreme Court has until June of next year to make a decision on DACA. Currently, more than 90% of DACA recipients are employed and 45% are in school, according to the U.S. government.