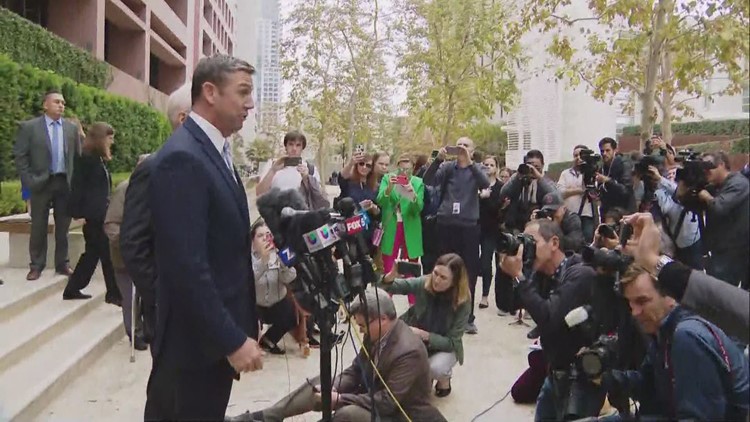 The U.S House Committee on Ethics wrote a letter to Rep. Duncan Hunter (R-Alpine) on Thursday, Dec. 5, strongly urging him to not cast any votes. Earlier this week, Hunter pleaded guilty to misusing $150,000 in campaign funds for his own personal expenses.

In his plea deal, the 42-year-old said he and his wife dipped into the election funds between 2010 and 2016 more than 30 times and tried to hide it by falsely reporting the expenses — from their daughter’s birthday party at the famed Hotel Del Coronado to an outing with friends in Washington at a French bistro — as campaign-related. Prosecutors also alleged that Hunter spent campaign money on extramarital affairs.

Hunter was supposed to head to trial in January.

According to the committee, any member of congress that's been convicted of a serious crime where they could receive a prison sentence of two or more years is strongly urged to not cast any votes. Hunter is facing five years in prison. His sentencing is scheduled for March.

There are some exceptions. If a member later proves their innocence or is reelected to the House after being convicted, then they can vote again with the committee's blessing.

According to CBS News, Hunter last cast a vote Wednesday. He did not vote Thursday.

While the letter serves as more of a serious warning rather than a mandatory order, Hunter could face serious consequences if he does not comply and tries to cast a vote.

Congress released the letter to the public, which you can read here.

The Republican and San Diego native, who is a combat Marine veteran, was first elected to office in 2008. Here’s a look at the timeline from his entry into public office to his guilty plea in San Diego federal court.

Prosecutors indicted Hunter about two months before reelection. His district opted to reelect him despite the allegations.

RELATED: Campa-Najjar on Hunter Plea: 'He is finally taking responsibility and being held accountable for his actions'