The San Diego County registrar’s office and assigned polling places will be open from 7 a.m. to 8 p.m. on Election Day, April 6. 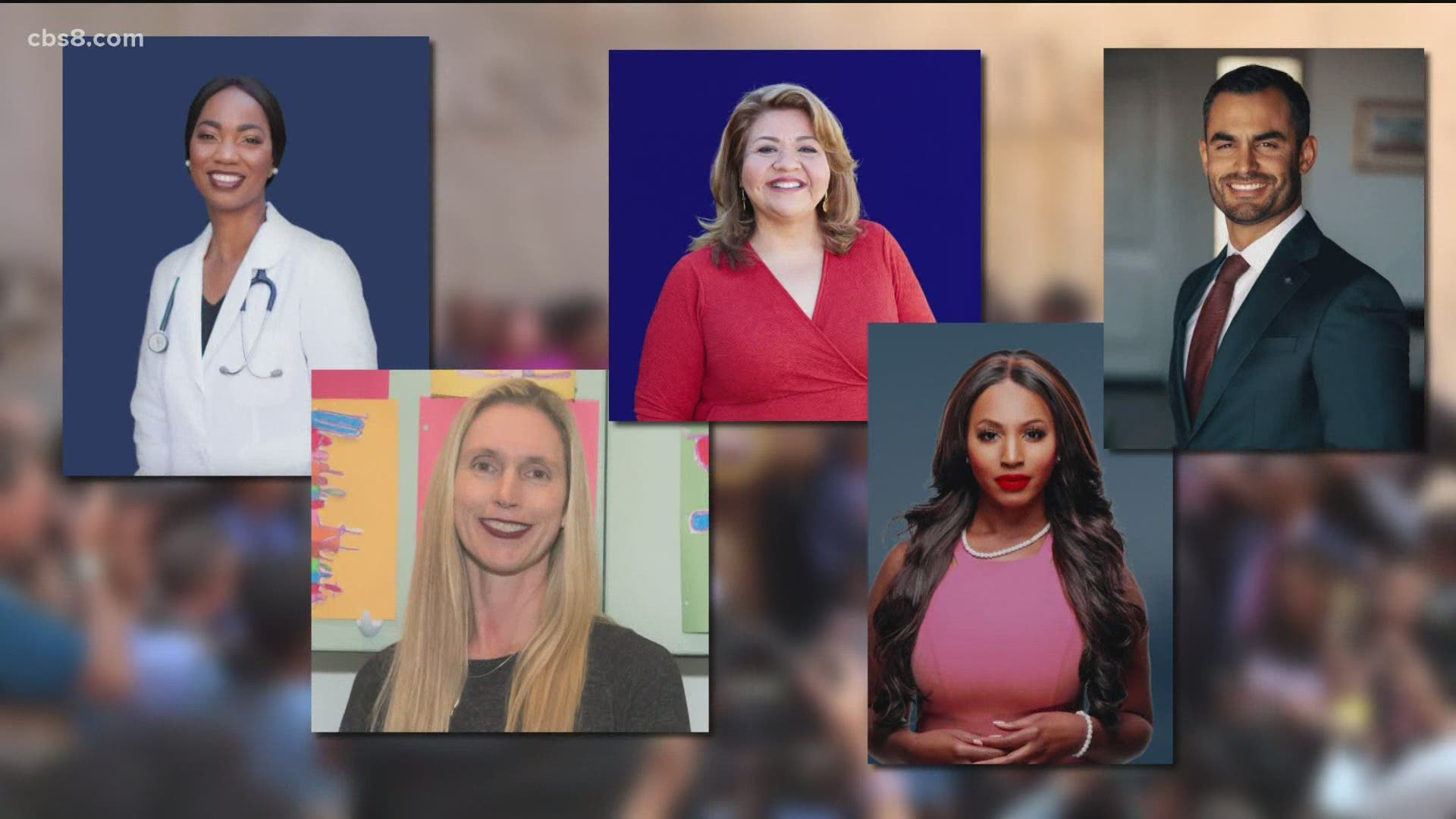 SAN DIEGO COUNTY, Calif. — Tuesday is the last day for voters to cast a ballot in the 79th State Assembly District Special Election. The San Diego County registrar’s office and assigned polling places will be open from 7 a.m. to 8 p.m. on Election Day, April 6.

Only those who live in the 79th Assembly District can vote in the election. The area encompasses southeastern San Diego, the cities of La Mesa and Lemon Grove, and parts of Chula Vista, Bonita, and National City.

It's been eight years since someone other than Dr. Shirley Weber held the seat for the 79th District of the State Assembly. Now five newcomers have thrown their hat in the ring to replace her.

"Look for each of the candidates to turn out their constituencies, their votes, those people that they know are supportive of them. So, it really may depend on how much juice is in each candidates’ voter turnout plans," said political analyst, Laura Fink.

The voting field includes four Democrats and one Republican. The candidates are listed on the ballot as follows:

Dr. Akilah Weber is also the daughter of former Assemblywoman Shirley Weber, D-San Diego who vacated the 79th State Assembly seat when she was confirmed as Secretary of State in January. That post opened when Alex Padilla, a Democrat from Pacoima, was named by Gov. Gavin Newsom to fill Kamala Harris' U.S. Senate seat when she became vice president.

"Dr. Akilah Weber is by and large the favorite, has secured the Democratic Party endorsement, has a seat that's heavily favored for Democrats to win," Fink said.

Fink said Weber will need more than 50% of the vote to avoid a run-off. She also predicts Republican candidate Marco Contreras and Democrat Leticia Munguia may also have a good chance to challenge Weber.

"Leticia has secured financial support, and endorsements. There is a 30% share of the vote that's Latino in that district and she hopes that her credentials as a community organizer and as someone who's fought for worker's rights, will give her a leg up," Fink said.

Not sure if you live in the 79th Assembly District? You can find out here.

To vote in person, the registrar's office advises voter to be prepared:

This election, all in-person voters will mark their ballot on a ballot marking device. This device does not store, tabulate or count any votes. After the voter confirms their selection on the device, the voter will print their ballot, can review it, and place it in the ballot box to be counted at the registrar’s office election night.

The registrar of voters is adhering to San Diego County’s public health orders and has put in place protocols to ensure the health and safety of election workers, voters and observers at the registrar’s office, polling places and mail ballot drop-off locations. This includes:

Campaigning or electioneering within 100 feet of a polling place or mail ballot drop-off location is not allowed. This includes the visible display or audible dissemination of information that advocates for or against any candidate on the ballot.

Do you still need to return your mail ballot? There is still time. Be sure to sign and date your return envelope, seal your completed ballot inside and return it to a mail ballot drop-off location, a polling place, or the registrar’s office. If you are dropping off your mail ballot it must be received by 8 p.m.

A sample ballot for voting in Tuesday's special election can be found here.