Supporters said the parolees have paid their debt to society and should be able to shape the policies that affect their lives. 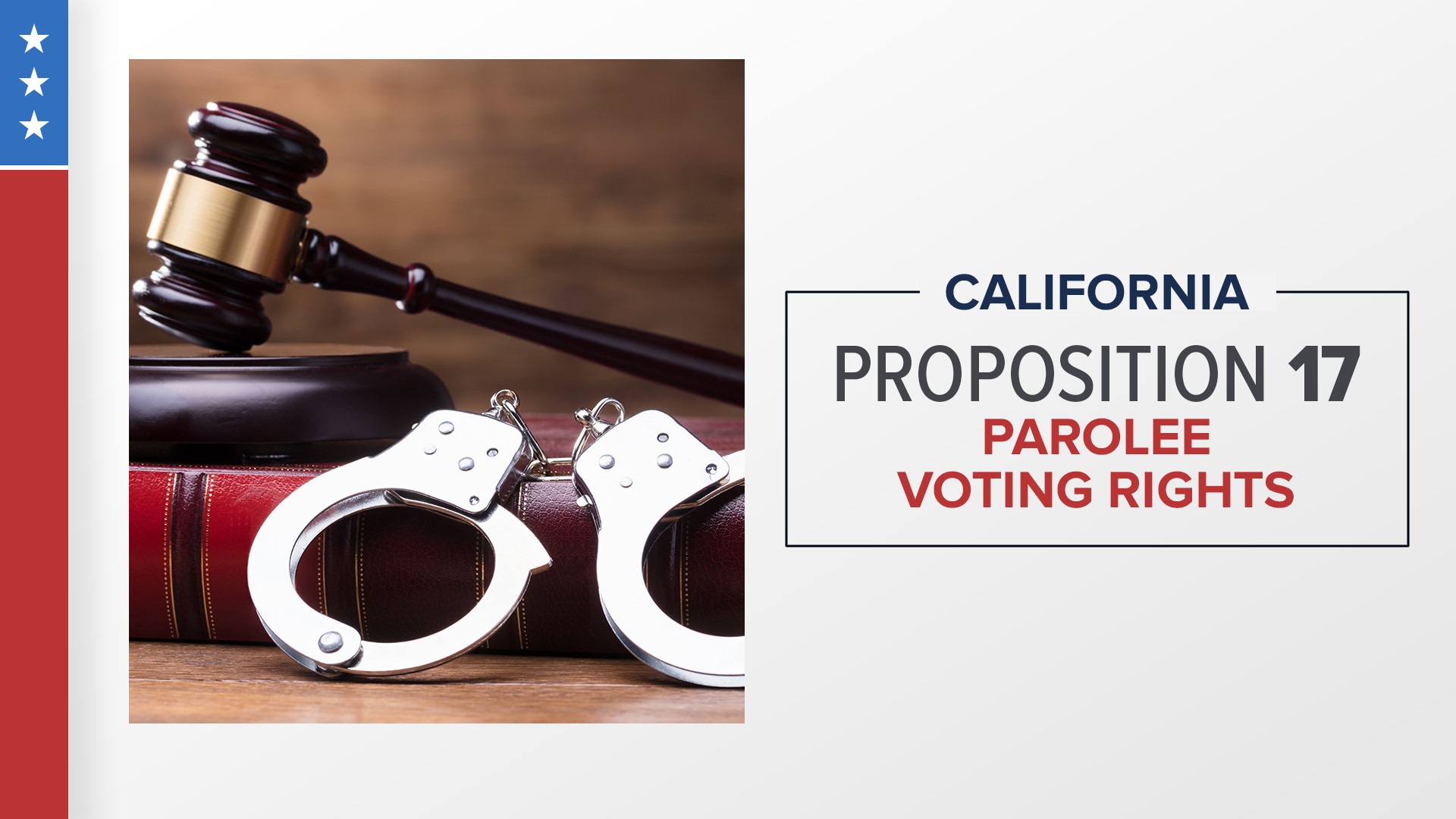 CALIFORNIA, USA — A ballot measure restoring the right to vote for felons on parole has been decisively passed by California voters.

Proposition 17, which nearly 60 percent of voters approved, will change the state Constitution to allow an estimated 50,000 felons on parole to vote.

Supporters said the parolees have paid their debt to society and should be able to shape the policies that affect their lives. Opponents said restoring rights early to felons is a slap in the face to their victims.

Proposition 17 would allow convicted felons to more quickly restore their rights to vote in elections by legalizing voting for people who get out of prison on parole.

Each state is allowed to come up with its own laws and all but 11 states have an automatic process for restoring the voting rights of felons after they’ve served time.

According to some estimates, there are close to 40,000 Californian residents that are not currently in prison, but due to the current law, are not allowed to vote.  Supporters of this amendment also cite race issues with the current law. A 2016 estimate from the Public Policy Institute of California suggests that two-thirds of people on parole in the state are Latino or Black.

The state legislature put Proposition 17 on the ballot to ask voters to change the law and allow voting rights to be restored sooner.

This would not put California way out on a limb. Sixteen other states and the District of Columbia already allow people to vote while on parole.

Opponents argue people on parole are still serving their sentences and should have to wait before voting.

What does a YES vote on Prop 17 mean?

A yes vote allows California felons to get their voting rights back more quickly.

A no vote keeps the policy the same way it is today where parolees have no voting rights until parole is done.