Proposition 18 is an amendment to the constitution to allow a 17-year-old to vote in a primary election as long as they will turn 18 by the general election. 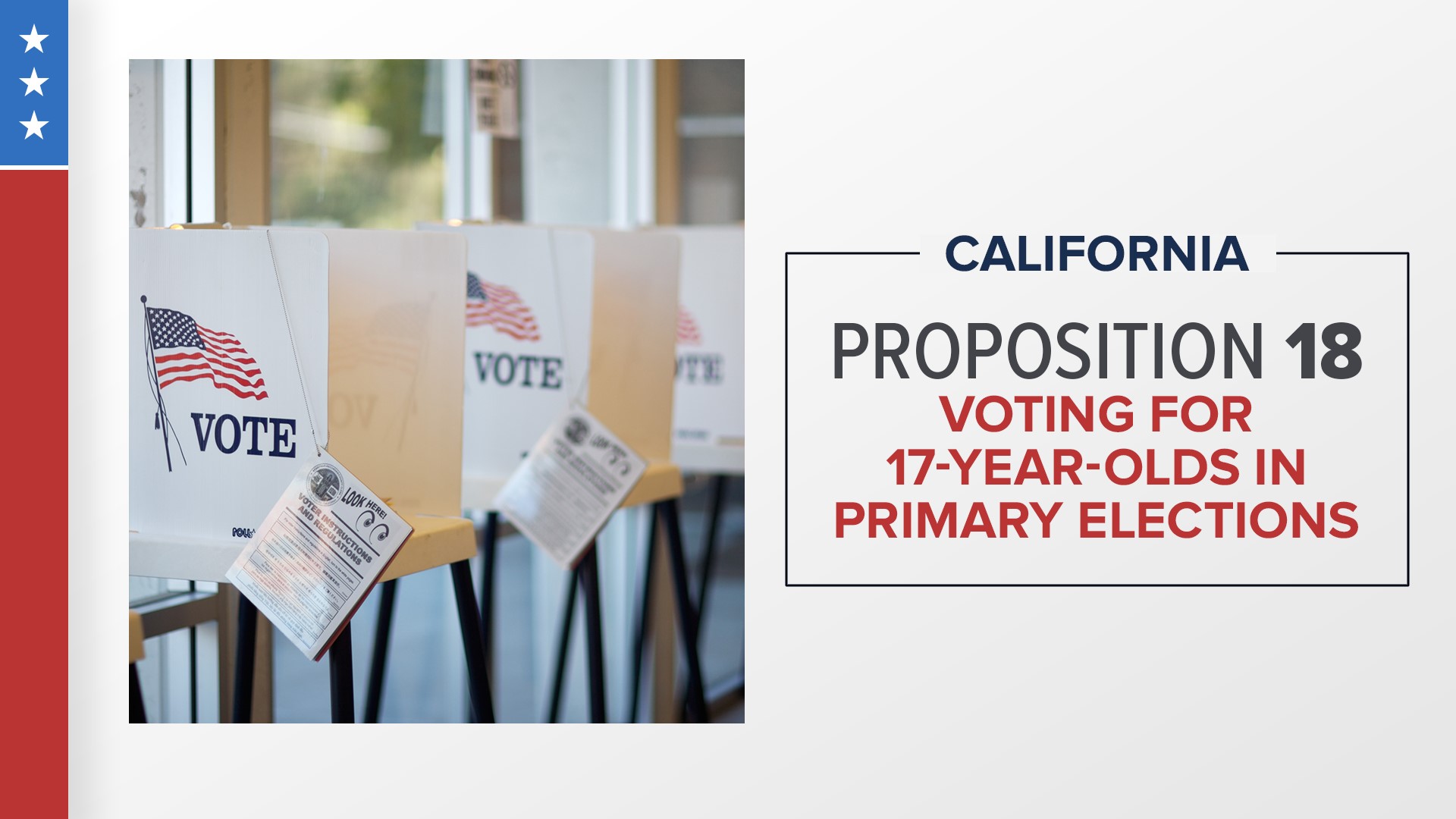 CALIFORNIA, USA — Proposition 18 is on the ballot to allow Californians to decide who has the right to vote.

This proposition is about letting 17-year-olds vote and it is not as sweeping as it sounds.

Proposition 18 would make a very specific change to the voting rights for 17-year-old citizens that only affects primary elections.

The way it works in California now is that you must be 18-years-old to vote in any election. The state legislature is asking you to pass Proposition 18 to change that.

If passed, it will allow voting for 17-year-olds in a primary or special election as long as they will turn 18 years old by the proceeding general election.

A third of the states allow those who are 17 but will be 18 by the general election to vote in primaries.

Supporters argue these younger voters deserve a chance to decide who’ll be on that November ballot.

Opponents argue we have to draw a line somewhere and 18 is plenty young enough.

What does a YES vote on Prop 18 mean?

A yes vote opens up voting for 17-year-olds in a primary or special election as long as they will turn 18-years-old by the general election.

A no vote keeps California’s voting age at a firm 18.