A legal battle is shaping up as Republicans refuse to back down to the state's order to remove its unauthorized ballot collection boxes. 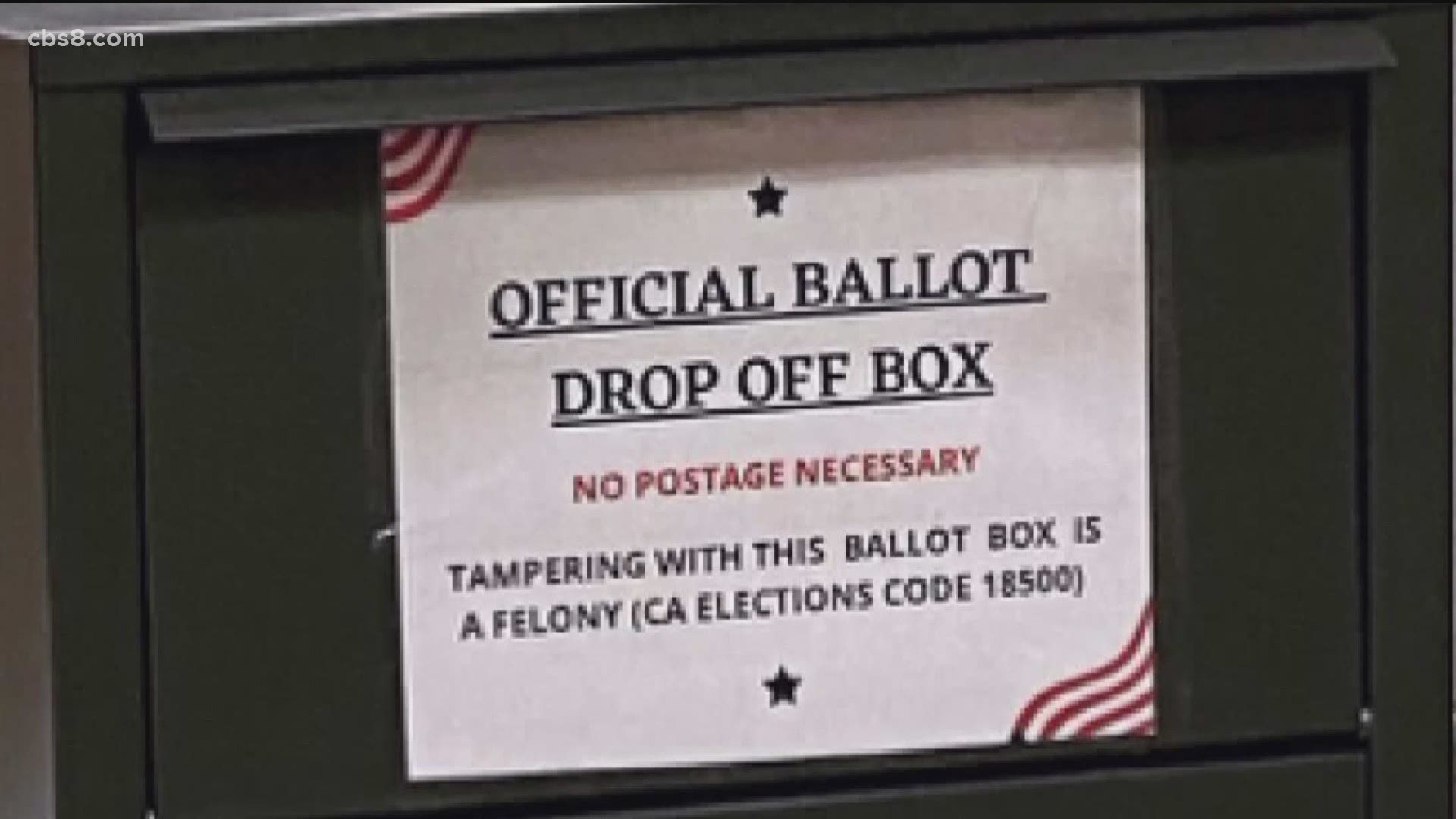 CALIFORNIA, USA — The clock is ticking for California Republican leaders to remove unauthorized ballot collection boxes they have installed in counties with hotly contested congressional races.

California's Secretary of State has warned that state GOP officials could face civil and criminal charges, including up to four years in prison, if they don't comply with removing the ballot boxes. GOP leaders, however, have defiantly said they have no intention to do so.

"We'll see you in court!" was the response when California GOP spokesman Hector Barajas was asked for his party's response to the state's cease-and-desist order issued Monday by the state's attorney general.

The ballot boxes in question were labeled "official" but are not legal, according to Secretary of State Alex Padilla.

In response, state GOP leaders have agreed to remove the "official" label from the boxes, which have been set up at churches, party headquarters, gun stores, and other businesses throughout Los Angeles, Orange, and Fresno counties. However, they have refused to remove the boxes themselves despite a Thursday deadline by the state, and have even suggested they plan to put up more.

"It is our belief that placing such a ballot in a secure location until that ballot can be delivered, usually the next day, to the appropriate elections official is the appropriate way to deal with a ballot provided by a voter," said California Republican Party attorney Tom Hiltachk.

Fight hard Republicans. They have been taking advantage of the system for years! https://t.co/vaToeGjrHG

State Republicans have argued that setting up these boxes is in accordance with California's "ballot harvesting" law allowing a third party to collect and submit completed ballots on a voter's behalf provided they are signed, sealed, and delivered to the registrar within 72 hours,

Critics counter, however, that is only valid when the ballot is handed over - in person - to whoever promises to deliver it: not dropped into an unsupervised receptacle.

"If you have one of these boxes that is not necessarily as secure as the official dropbox, ballots can be lost, they can tampered with, all kinds of things can happen," said Claremont McKenna Politics Professor Jack

While none of the unauthorized ballot boxes have popped up at this point in San Diego, keep in mind if you are mailing or dropping off your absentee ballot, you can sign up to track it, much like a package, to see when it is received and when its counted by the registrar. For more information, click here.