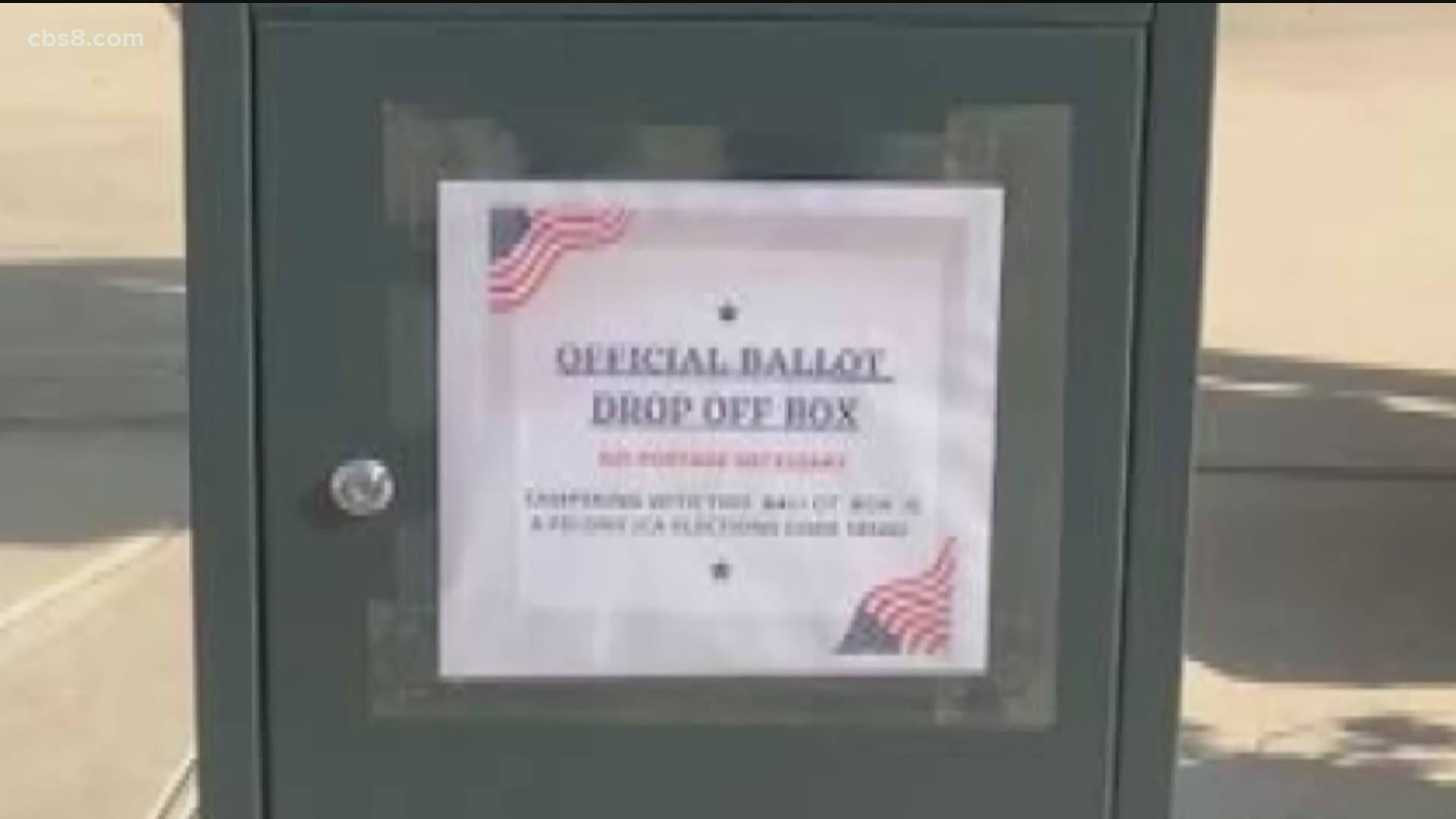 CALIFORNIA, USA — State and local election officials were investigating unauthorized ballot collection boxes in at least three California counties on Monday, some of which were installed by the state’s Republican Party.

Orange County Registrar of Voters Neal Kelley said the first reports of the boxes was made over the weekend and was shared across social media. He estimated there were at least six in the county, including one at Grace Baptist Church in Santa Clarita.

Some of the boxes in Los Angeles County were labeled as “official drop-boxes,” even though they were not. Authorities in Fresno County also investigated similar reports.

“The reports we’re hearing are disturbing. It is illegal, and more than just illegal, it is irresponsible to tamper with a citizen’s right to vote,” said California Attorney General Xavier Becerra (D).

The state’s Republican Party admitted to installing at least some of the drop boxes. It maintains they are legal and defended the practice in a statement posted on Twitter.

"In California, where you can have convicted felons and individuals with a criminal history go door to door and collect ballots from voters, Democrats are now upset because organizations, individuals and groups are offering an opportunity for their friends, family, and patrons to drop off their ballot with someone they know and trust," read the statement from the California Republican Party. "The Democrat anger is overblown when state law allows organizations, volunteers or campaign workers to collect completed ballots and drop them off at polling places or election offices."

However, Secretary of State Alex Padilla (D) said voters can only turn over a completed ballot to a specific location and must write their name on the outside of the ballot.

Orange County officials claimed they received a report of a cardboard box drop-box in Seal Beach.

Padilla’s office issued cease-and-desist orders to the state GOP and candidates who were known to support the drop-boxes. He also sent a reminder about ballot security laws to all political parties registered with the state.

The Orange County District Attorney’s Office and State Attorney General’s Office are investigating the drop-boxes. It is not known whether anyone deposited a ballot in them or what may have happened to their ballots.

“Depending on the actions that are taken by individuals and the and evidence that we are able to uncover that could determine what type of laws that were violated, criminal, civil or both,” said Becerra. “I urge people to be very careful what they do and understand where they’re heading engaging in this activity.”

Kousser said that while there is no indication the intent of these unauthorized boxes was to create ballot fraud.

"It does deceive voters in a very real way and perhaps erode the overall trust in a system that is trustworthy," he said.

"We shouldn't be surprised by a lot of different moves over the next three weeks designed to potentially bring chaos into the election process," Kousser added. "At the end of the day, we have got professional registrars up and down the state, and across the country, who are going to make sure this election works."

San Diego County Registrar of Voters Michael Vu said there have been no reports of unauthorized drop boxes in San Diego.

You can also track your ballot at this site, including determining when your absentee ballot was mailed out, when the Registrar received it back from you, and when it was counted.

“In California, where you can have convicted felons and individuals with a criminal history go door to door and collect ballots from voters, Democrats are now upset because organizations, individuals and groups are offering an opportunity for their friends, family, and patrons... pic.twitter.com/Ljx3WOldmd