California is the crown jewel of Super Tuesday and was not expected to report final results until early Wednesday. 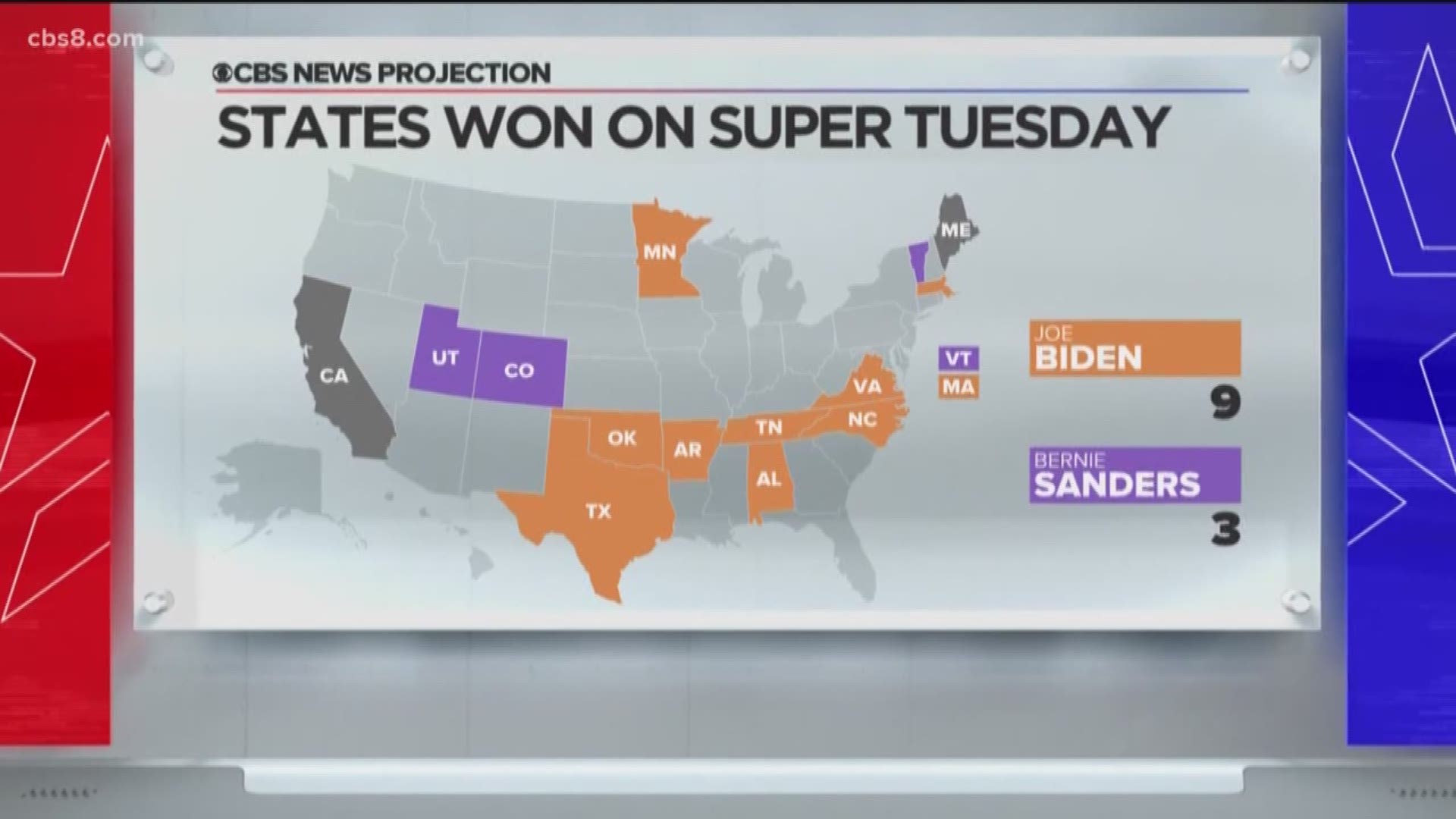 California is one of 14 states that voted Tuesday but its 415 delegates were the most at stake.

It remained unclear how many delegates Sanders will ultimately claim from the nation's most populous state as of Wednesday night.

Meanwhile, California continued a disappointing night for billionaire Bloomberg, who skipped the early primary states to focus his fortune on Super Tuesday. His ads dominated the airwaves in the state's expensive media markets, but it wasn't enough to surpass Sanders.

Bloomberg announced that he was ending his presidential campaign on Wednesday morning and that he would endorse Joe Biden.

RELATED: What's at stake for candidates on Super Tuesday?

A resurgent Joe Biden scored sweeping victories from Texas to Massachusetts on Super Tuesday, revitalizing a presidential bid that was teetering on the edge of disaster just days earlier.

Biden and Sanders were battling for delegates as 14 states and one U.S. territory held a series of high-stakes elections that marked the most significant day of voting in the party’s 2020 presidential nomination fight.