Count me in: Which languages are San Diego ballots available in?

The election is on Nov. 3, with in-person voting options beginning on Oct. 31. 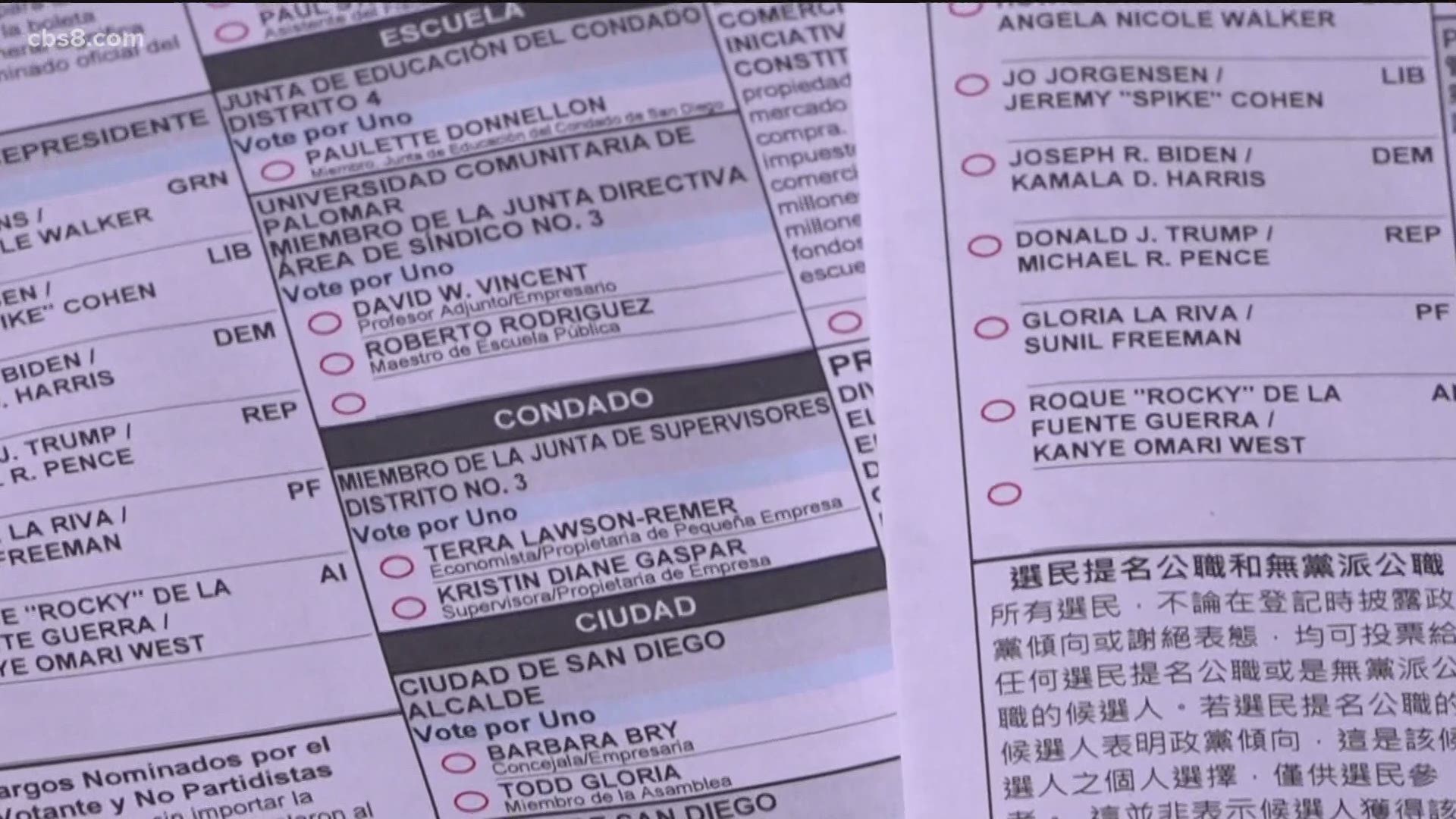 SAN DIEGO — San Diego is a diverse county and in many homes, English is not the primary language. To make sure everyone who is eligible to vote has the opportunity to do so, federal law requires that ballots are available in multiple languages.

So what languages are ballots in locally and how are those languages decided?

“We have four federally-covered languages other an English that we provide ballots for. They include Spanish, Filipino, Vietnamese, and Chinese,” said San Diego County Registrar Michael Vu.

Simply put, that means there are over 10,000 people in San Diego County who primarily speak those languages over English. And here's an interesting addition to that – American Indian is included on our local federal list because of the Sycuan Tribe.

“Because the Native American language they use is Kumeyaay - which is an unwritten language - we do not provide translated ballots because it's unwritten,” Vu said.

By comparison, Los Angeles County doesn't have American Indian listed, but they do have Cambodian and Korean, which we don't. And Riverside County only has to provide ballots in English and Spanish.

“It is very complex in terms of our county, not only by languages, but just the overall complexity in terms of all the political districts that we have here,” Vu added.

In case you didn't think our elections were confusing enough, the state also has its voting rules when it comes to languages. Any precinct where 3% or more of the voting-age residents are members of a "single-language minority", the county needs to have the ballot translated into their language.

“We are covered for specific voting precincts and those languages are Laotian, Japanese, Korean, as well as Arabic,” said Vu.

So some polling places in the county will have those languages, but not all. Also for this election, all registered voters will receive a mail-in ballot and those will be provided in the language you chose when you registered to vote.

Ballots in other languages are laid-out exactly the same as the ones in English - with the races in the same order and candidate's names rotated just like on the English ones to make sure no candidate has an unfair advantage. Ballots will be mailed out to San Diego County residents on Oct. 5. 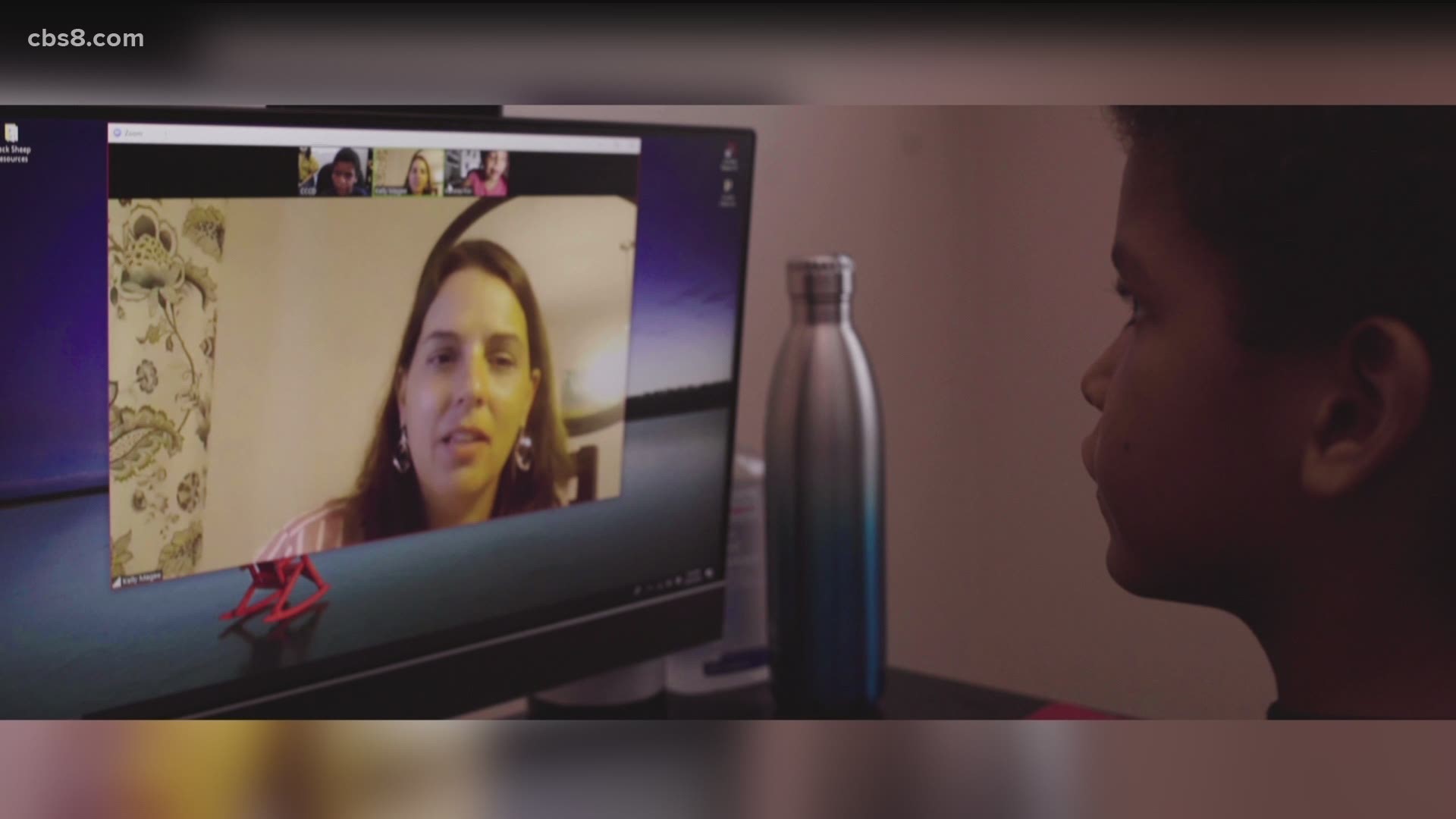