FBI on how to identify federal election violations

With Election Day around the corner, the FBI is educating the public on what to look out for if a voter suspects federal election violations. 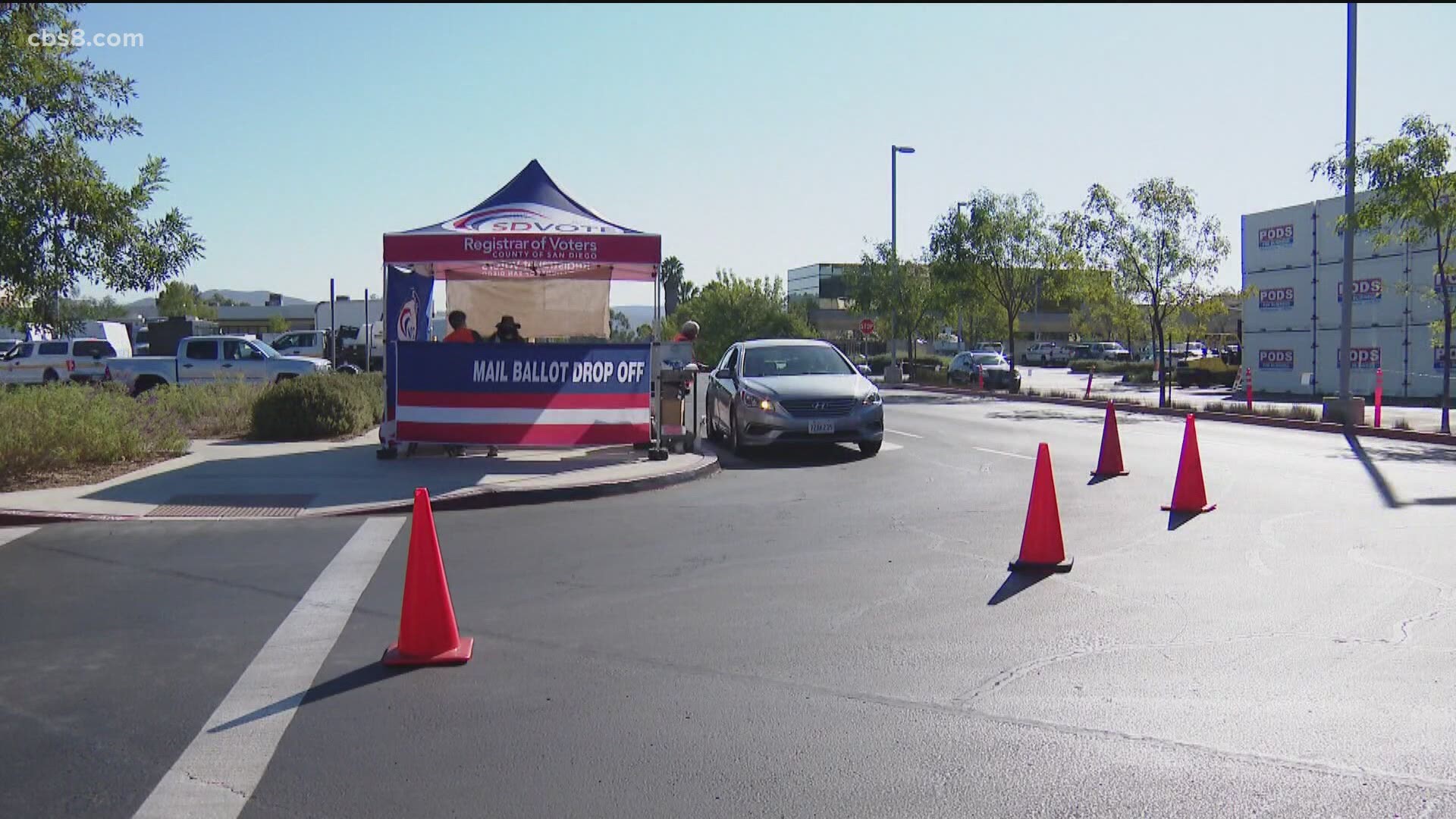 “We're constantly assessing risks and threats to different areas whether it's cyber or at the polling stations. Is somebody being provided something like money or of value to vote a certain way? Or is there an individual who shouldn't be voting, such as a non-citizen?” said Turner, who has been in San Diego as a street agent, supervisor, Assistant Special Agent in Charge and now the SAC.

With early voting and vote-by-mail well underway, the FBI delineates that it's not a crime to:

-Give voters a ride to the polls

-Offer a stamp to mail a ballot.

-Ask an opponent to withdraw from a race, or campaign too close to the polls

But the FBI does define a federal election crime when:

-The ballot includes one or more federal candidates

-An election or polling place official abuses their office

"The FBI assesses risks to all the methods people can use to vote. Across the country, there are several different methods and the FBI is focused on safeguarding the process of the election and not necessarily the method. So people should be comfortable and we encourage them to get out and vote,” Turner said.

With social media, there's been an increase in disinformation campaigns from foreign adversaries.

“[These are campaigns] where they're trying to influence our voters or the perception of a policy, of a candidate. So we are working with the private sector and the tech companies to identify those," Turner said.

“We're not just focused on Election Day, It's working up to that date and after where we are actively assessing threats and risks,” Turner said.

The FBI urges anyone who suspects federal election crimes to call the FBI Election Crimes Coordinators at the San Diego office at 858-320-1800.