Raffensperger tests negative, but still has to quarantine after wife's positive COVID test

It comes as the state is about to start a hand recount. 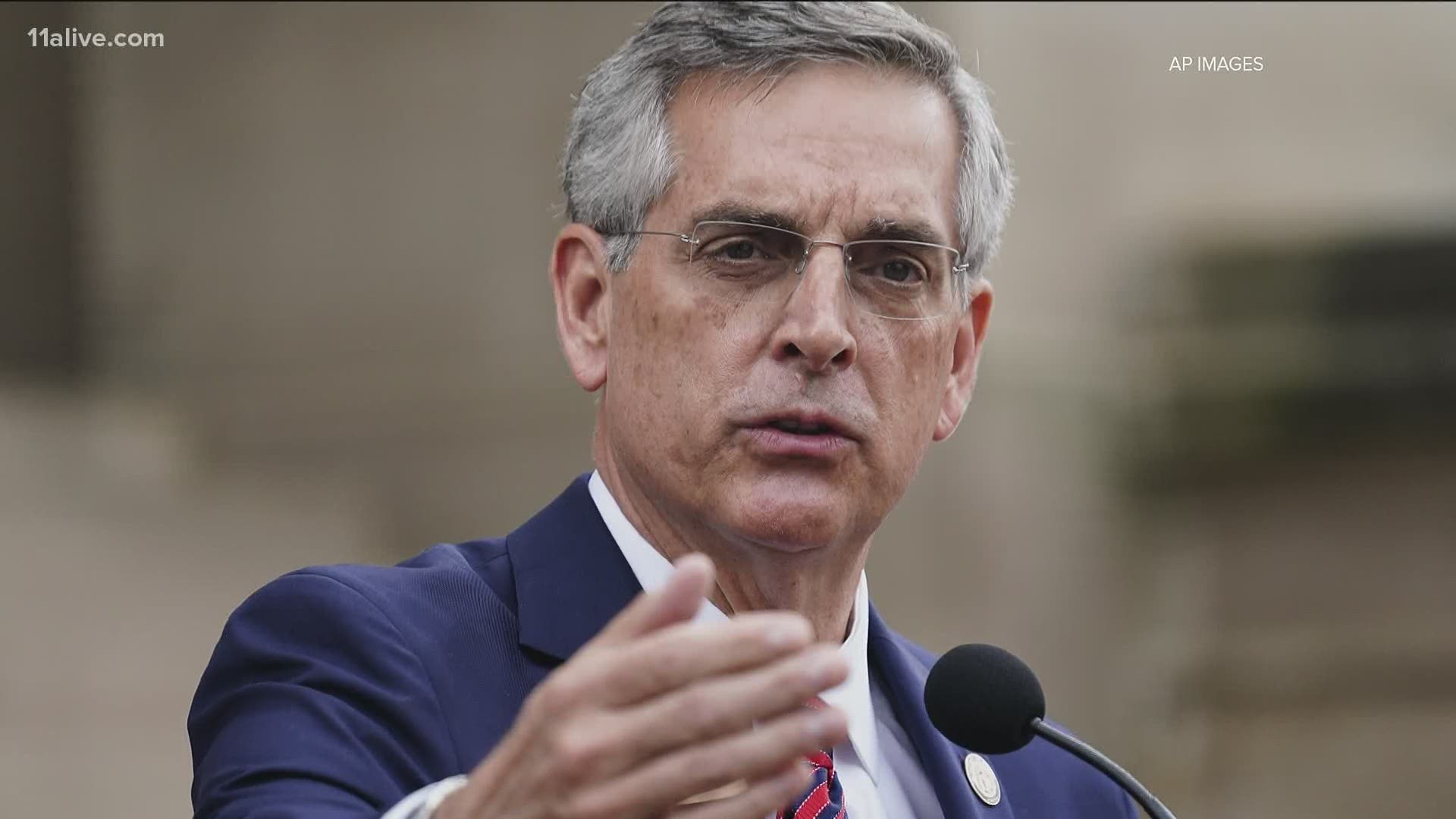 ATLANTA — A COIVD-19 test for Georgia Secretary of State Brad Raffensperger was reported as negative on Friday morning, however, the secretary will remain in quarantine following his wife's reported positive test.

Raffensperger began a quarantine Thursday, less than a day before the state was set to commence a full hand recount of its nearly 5 million presidential votes.

The Associated Press reported that Raffensperger's wife had tested positive for the coronavirus, forcing the secretary into quarantine.

Fuchs said Thursday that Raffensperger had planned to self-quarantine as a precaution even with a negative test result.

The secretary's office told 11Alive News on Thursday afternoon that Raffensperger will work from quarantine following his wife's positive test.

Per personnel procedures, the office said, the secretary's staff working in his state capitol office have all been advised to be tested and to work from home.

His quarantine comes as county election officials prepare to do a hand tally of the presidential race.

According to the secretary's office, "the critical job of the county-conducted election audit of every ballot will continue on schedule."