Despite the influx, Vu said he and his staff are prepared, with a process that began following the 2016 election. 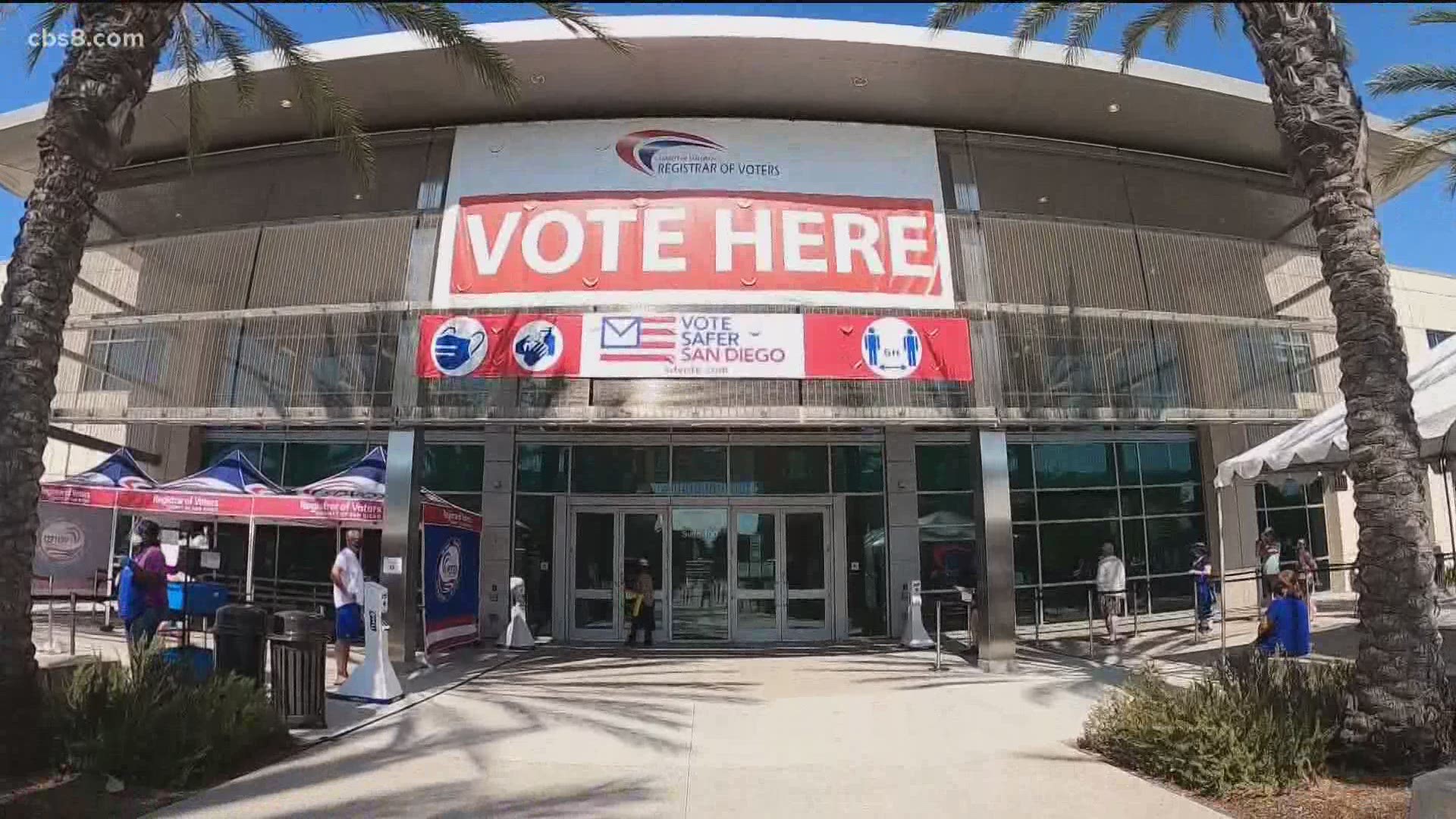 SAN DIEGO COUNTY, California — Election Day is less than three weeks away, and as of Thursday the San Diego County Registrar’s Office was already reporting a record number of mail-in ballots.

Statewide, more than two million Californians have already cast a ballot - the most compared to any other election at this point.

Despite the influx, Vu said he and his staff are prepared, with a process that began following the 2016 election.

"We purchased in 2018 two high-speed scanners just because in 2016 we were already reaching our capacity in that election and so we needed, and knew that we needed, to extend it," Vu said.

In-person voting started at the San Diego County Registrar’s Office on Oct. 5 and there are 126 locations open now throughout the county where you can drop off your ballot.

From Oct. 31 through Election Day, Nov. 3, 235 super polling places will be open where you can also cast your ballot.

But, what if you haven't received yours yet, like News 8 editor Joel Matis?

"I haven't gotten my ballot yet," Matis said. "I started worrying about that and I signed up for the track your ballot app and it said it was in the mail."

Matis called the registrar’s office and was given several options.

For starters, he was told that he could suspend the original ballot issued and get a new one sent out.

Another option is to wait until super polling places open on Oct. 31 and vote there or head to the registrar’s office now.

RELATED: San Diego Voter Guide 2020: How to register, vote, track your ballot and view all measures and propositions

“I'll just go in person so I know my ballot is cast,” Matis said.

No matter how you do it, Vu said it is best to plan on voting early. For mail-in ballots, that means sending them in by Oct. 27. And for in-person voters, not waiting until Nov. 3.

“There is a pandemic and we need to make sure we're keeping everyone safe. So as opposed to thinking about showing up on Election Day - November 3rd, you may wanna think about showing up on October 31st, November 1st or 2nd to your assigned location or come to the registrar’s office and vote,” Vu recommended.

Our office sent out over 1.9 million mail ballots to registered voters last week for the #Election2020 - If you did not receive yours, please contact our office #SDVOTE https://t.co/sKPiCaPRC0