Less than two weeks from the presidential election, some voters still undecided

"I don't think I'll be voting for [President] Trump, so now it's just a matter of if I'm going to be voting for Biden or not," said 18-year-old Diego Estrada. 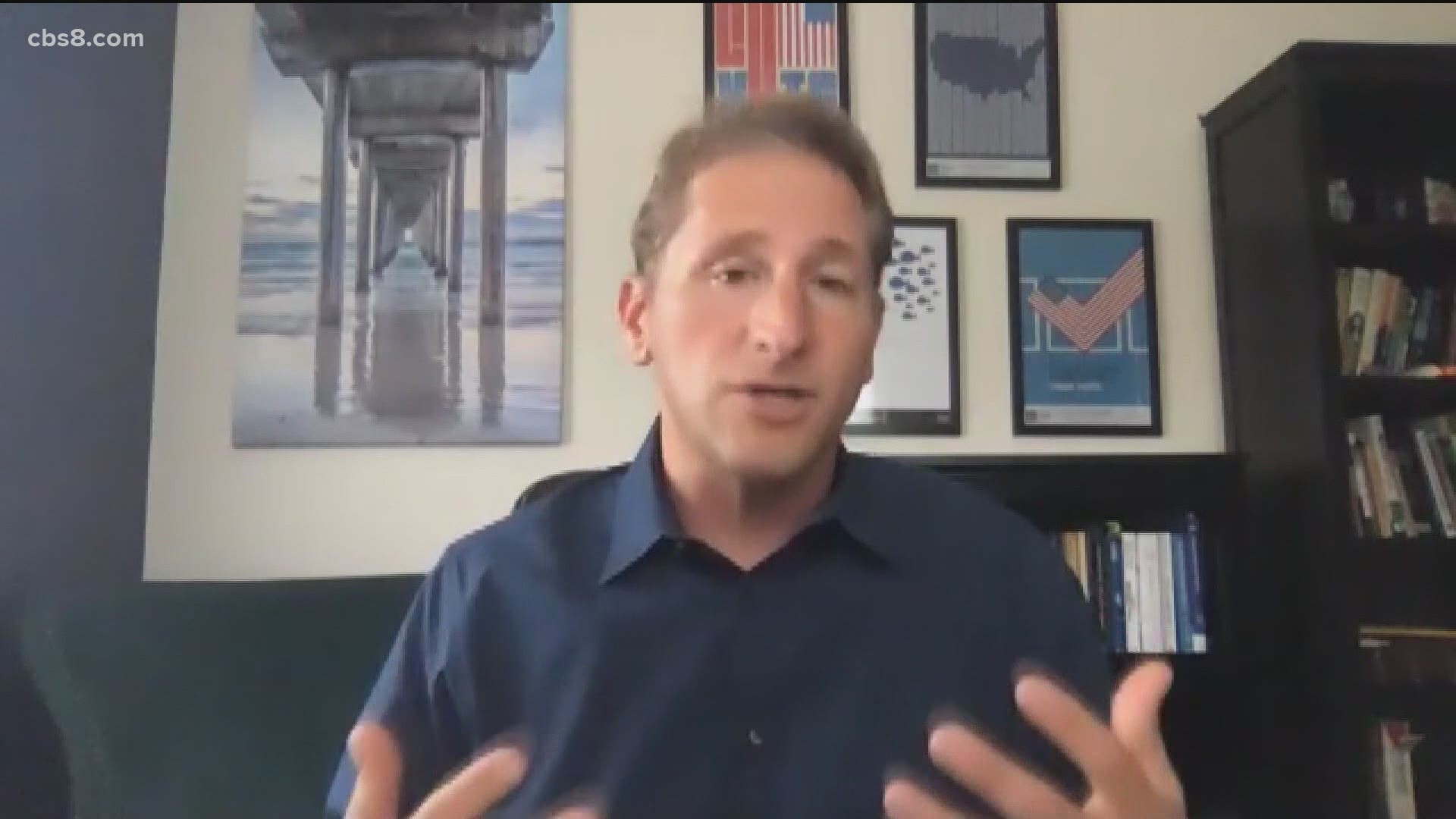 Both President Donald Trump and former Vice President Joe Biden will take the stage in Nashville Thursday in an attempt to sway any undecided voters who are still out there.

But with just a week and a half before the election, and in a race that's been as contentious as this one, just how many undecided voters are left?

According to national polls, including the Quinnipiac University poll, there's still around 5% of registered voters who haven't made up their minds.

San Diegan Diego Estrada is among them.

"I take it as like getting in every piece of information I possibly can," Estrada said.

The Cornell University student said he still hasn't chosen a candidate. News 8 has been following Estrada's journey as part of our first time voter series. Like many undecided voters, he said it's the two candidates that are the problem.

"None of them are wooing me over," said Estrada.

The 18-year-old is among the 26% of San Diegans who don't register with either party. According to the California Secretary of State, the number of registered voters in California has increased by 11% compared to 2016. San Diego has the second highest increase in voter registration.

"There are fewer undecided [voters] in this election than in the last election," said UC San Diego political professor Thad Kousser. "That means less room for last minute changes, but the votes haven’t been cast yet. And people who have made up their mind could change their mind, if there’s some October surprise."

He pointed out there's still about 6 - 7% of undecided voters in key battleground states which means there is still drama in the last two weeks of this election.

"Most undecided voters are going to go with their hunch, just as most independent voters leads lean traditionally to vote for one party or the other, but we’ve seen dramatic events over the last few years just before election days," he added.

RELATED: San Diego County first-time voters weigh on the State of the Union