Measure E is on the ballot to remove the 30-foot building limit in the Midway District of San Diego which includes the Sports Arena property. 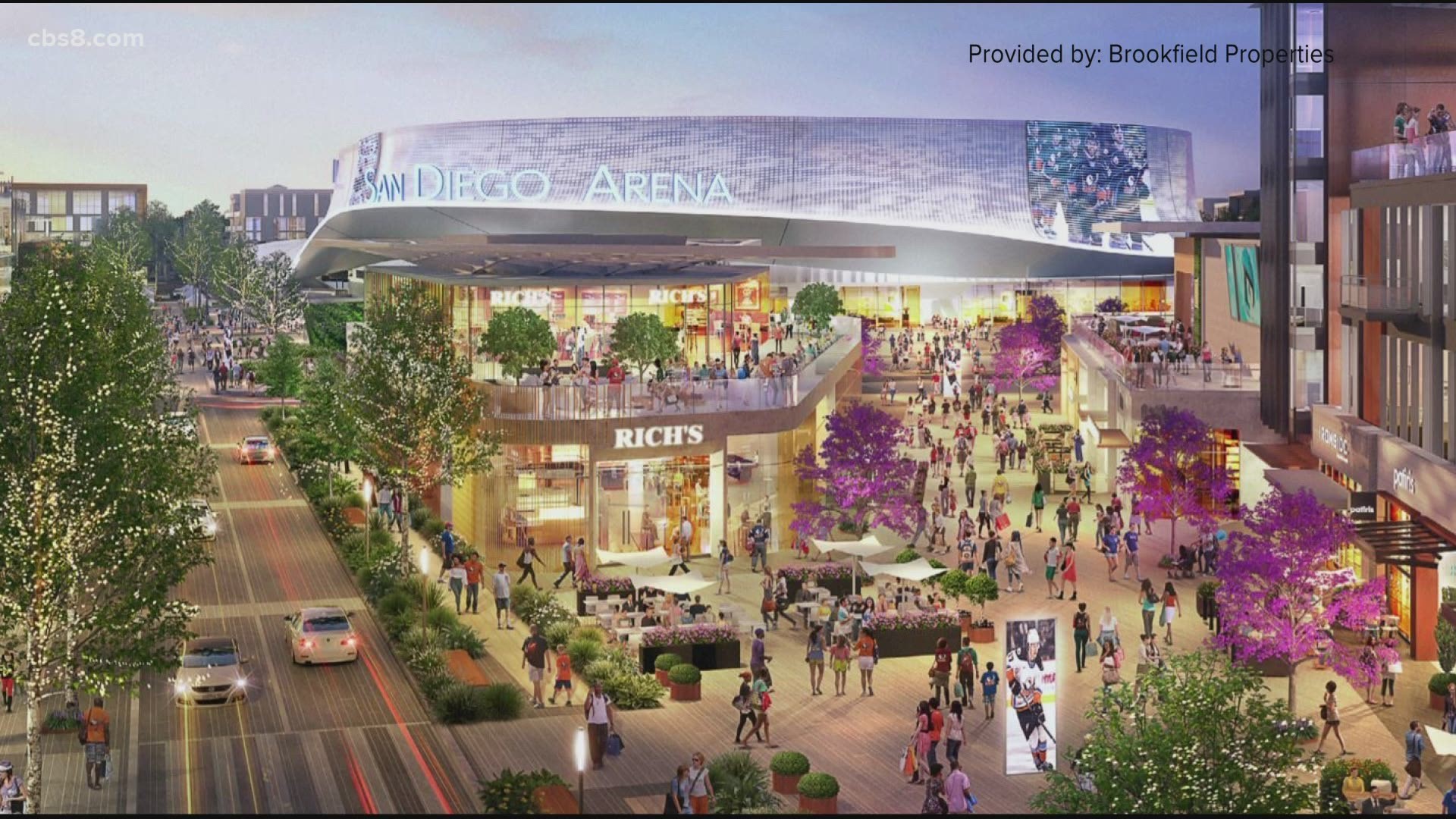 SAN DIEGO — Voters in the City of San Diego are being asked to decide the fate of the 30-foot height limit in the Midway-Pacific Highway Community Plan Area.

Back in 1972, voters passed a measure limiting buildings in the Coastal Zone to 30 feet. This measure is asking for an exception that would exclude approximately 1,324 acres. The rest of the Coastal Zone would still fall under the 30-foot limit.

Argument in favor of Measure E

Supporters say Measure E will revitalize the Midway area and create a vibrant neighborhood for San Diego families. With the height limit lifted, the city can move forward with plans for a new Sports Arena, affordable housing, and attract new businesses that will bring more jobs to the area.

As for fears that the area will one day look like Miami Beach with tall buildings and hotels as far as the eye can see, Anyiwo added, “The tallest possible building in the absence of Measure E in the Midway District would be 100-feet. So for context, the existing Sports Arena is 77-feet. We’re not exactly talking about skyscrapers.”

Opponents of Measure E call it a “scheme” that sets a dangerous precedent.

They say it allows dense construction of unaffordable, expensive residential towers within the Coastal Zone and they fear this is a step toward dismantling the height-limit along the entire San Diego coastline. Opponents also point out that 980 acres of the project are public land and public right-of-ways, but they say the public is getting little to no value from proposed developments.

“What we are being asked to do is give away all our public land down there,” said John McNab.

He would like to see the area turned into a large public park with something for everyone.

What does a YES vote on Measure E mean?

A yes vote approves the removal of the 30-foot height building restrictions in the Midway District of San Diego.

What does a NO vote on Measure E mean?

A no vote keeps the 30-foot height limit on buildings in the Midway District.