Sacramento County has already received more than 292,000 ballots, more than double compared to the same time period in 2016. 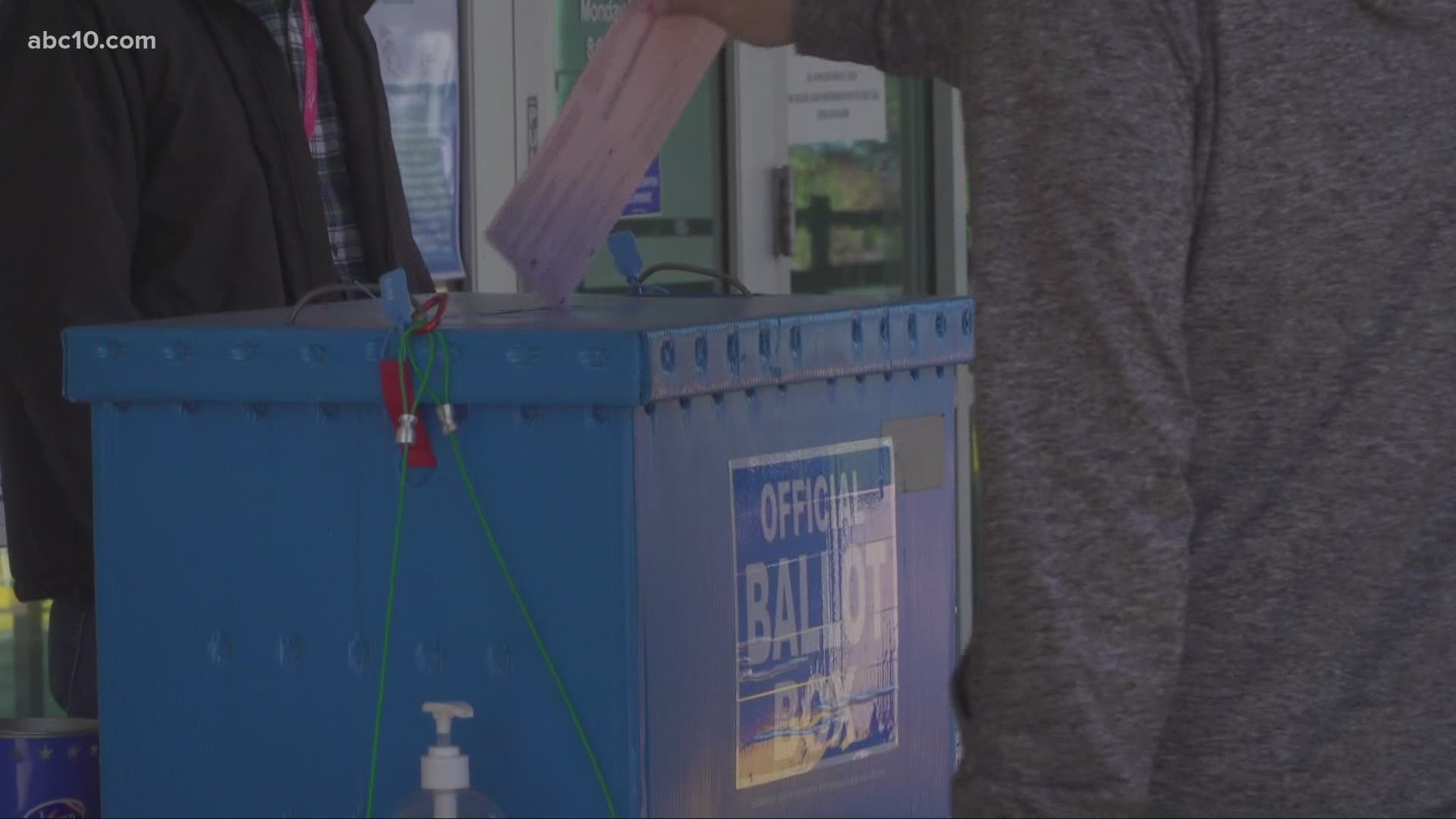 "There's a lot at stake and so much media," said Sacramento State Professor Kim Nalder. "So much attention on this election and it's a presidential year which is always a bigger election than other ones too."

Nalder explained there are various reasons why we're seeing voting numbers up here in California and across the country.

She says it could be voter enthusiasm, worries about trusting the post office, and COVID-19.

ABC10 met with several voters who said they are dropping their ballots early to avoid possible crowds on election day.

"We normally vote on voting day so we decided to come out early to get it done because we didn't want to get in a line with a lot of people on voting day," Bill Jenkins, Sacramento County voter said.

Political Data Inc. has been tracking numbers on those who have returned ballots early. Of ballots mailed and returned, 38% identify as Democrat, 29% as Republican, and 26% as Independent parties.

Of ballots mailed and returned, 36% are white, 35% are Asian, 28% are African American, and Latinx account for 23% for ethnic groups.

"If we have overwhelming majorities for particular candidates we should get our results relatively early because of this (early turnout)," Nalder said.

Another reason to explain the high numbers of mail-in ballots in Sacramento County is that they mailed a ballot to every registered voter, which wasn't the case in 2016. Early returns were absentee voters.

Over the weekend about 1,500 people cast their ballots in person at vote centers in Sacramento County.