He wrote: "I strongly stand with Kelly & David. They are both great and MUST WIN!" 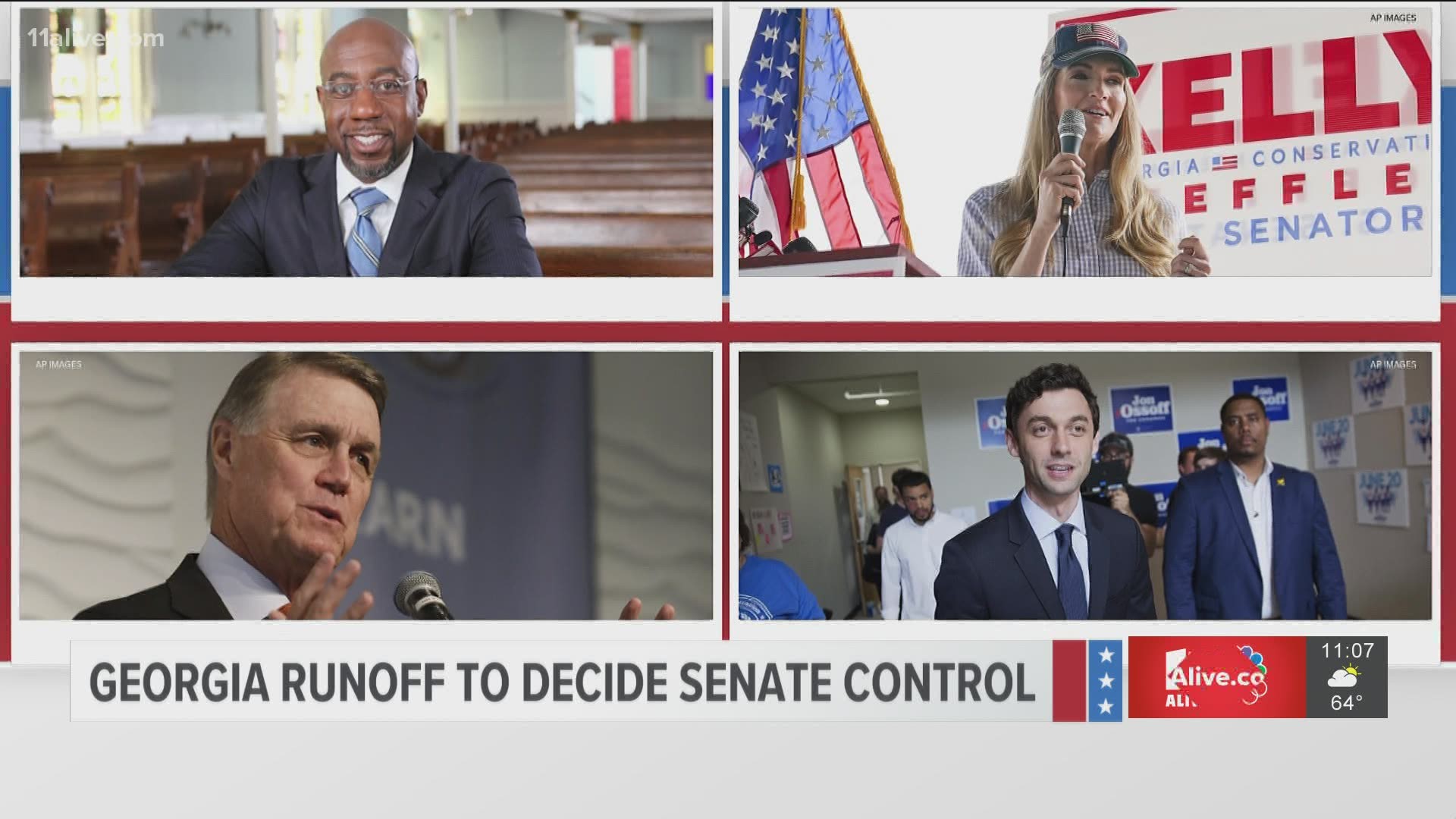 "I strongly stand with Kelly & David. They are both great and MUST WIN!," the President said.

And if the Republicans want to keep control of the Senate, the President is right -- both must win. Following GOP victories in North Carolina and Alaska last week, the two must be victorious in the January runoff.

I strongly stand with Kelly & David. They are both great and MUST WIN! https://t.co/eqr95Lc2aC

With President-elect Joe Biden, the path to keeping Senate control is more difficult for Republicans. The vice president of the party in power, which on Jan. 20 will be Kamala Harris, is the tie-breaker. That means if Republicans only have 50 seats, Democrats control the Senate. Republicans would need 51 senators to overcome that.

Georgia is closely divided, with Democrats making gains on Republicans, fueled by a surge of new voters. But no Democrat has been elected senator in some 20 years.