Prop 22 would exempt gig companies like Uber, Lyft, DoorDash, and Instacart from a new state law requiring them to treat workers as employees. 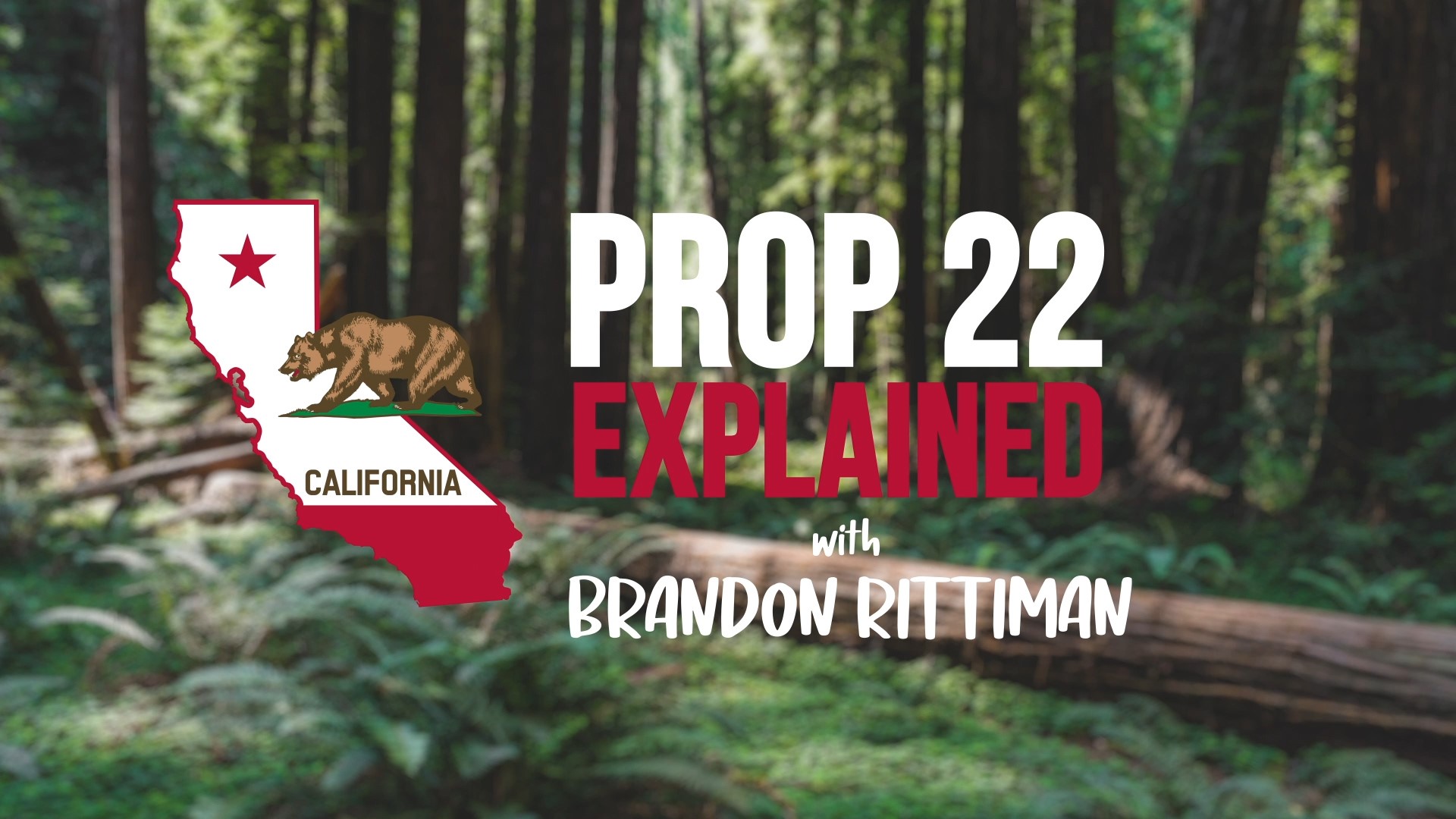 Uber, Lyft and other app-based ride-hailing and delivery services have prevailed in their expensive gamble to keep drivers classified as independent contractors.

Proposition 22 pitted the powerhouses of the so-called gig economy, including DoorDash, Postmates and Instacart, against labor unions. It's the most expensive California ballot measure ever — more than $225 million was spent, most by the gig companies.

With 58% of voters saying yes to Prop 22, the measure creates an exemption to a state law that would have made drivers eligible for benefits that come with being company employees.

Drivers who supported the measure said they enjoy the freedom of being independent contractors who can set their own hours.

The state of California has been fighting with companies that employ drivers through apps for a long time now about how to treat the drivers. The industry, which includes companies like Uber, Lyft, DoorDash, and Instacart, wants the drivers to stay “independent contractors," but some lawmakers want them to be recognized as "employees" in order to get benefits and minimum wage.

Proposition 22 would allow these companies to continue considering drivers as "independent contractors" instead of as "employees." Here are the results for Prop 22:

Keeping drivers as "independent contractors" is cheaper for the companies and also at the core of their business. They sold drivers on the idea of only working when they want to log on to the app.

But California legislature passed a law to make these workers “employees” so the drivers can earn benefits - including overtime pay, paid sick leave, unemployment insurance, and workers' compensation -  and get paid at least minimum wage for their time.

The rideshare companies aren’t having it and still consider drivers independent contractors. The state sued to try to force the companies to change.

Then in August, a superior court judge ruled that Uber and Lyft had to immediately switch to treating drivers as employees. That prompted the app companies to threaten “hundreds of thousands” of job cuts and the suspension of operations in California until Prop 22 was decided.

A shutdown was averted by an appellate court ruling, but that could change before Election Day with more court dates on the horizon.

Rideshare and app-based driver companies have paid for the campaign to ask voters to overrule elected lawmakers. That’s why we’re voting on Prop 22 which would make the drivers independent contractors with some benefits.

First and foremost, Prop 22 includes a version of a minimum wage for drivers. Driving time would be paid at least minimum wage plus 20%. That comes out to $16.80 an hour instead of next year’s $14 minimum wage.

But, there is a catch.

Driving time only tends to make up about two-thirds of an app driver’s workday nonpartisan analysts say. The rest of the time drivers sit, logged into apps waiting for the next gig.

RELATED: At a glance: See the biggest spenders in California’s prop battles

Prop 22 would pay that waiting time at a rate of nothing.

Drivers would not be entitled to company health insurance but people who clock at least 15 driving hours a week would get money to help buy a plan on the state exchange.

Prop 22 also locks in a lower reimbursement rate for miles than what most employees get for driving their own cars for work.

The industry tossed in another one of its policy goals to Prop 22: it includes a ban on local rideshare rules. Drivers will want to read all the fine print because it gets pretty detailed.

RELATED: 2020 Election: All about how to vote

What is the full name for Prop 22?

App-Based Drivers as Contractors and Labor Policies Initiative of 2020

What does a YES vote on Prop 22 mean?

A yes vote makes drivers contractors and gives them new benefits. Those benefits are less than what employees get but more than what drivers get today.

A no vote keeps the current law, making drivers employees in place - the law the state is trying to enforce in court.

Those against Prop 22 include the Democratic presidential ticket: Joe Biden and Kamala Harris, the Service Employees International Union, the California Teachers Association and Gig Workers Rising, a driver advocacy organization.

View the original filing sent to the state.

How do you track and get data from ballots in the 2020 election in California? | Election Q&A