California is sticking with its traditional cash bail system, rejecting a nation-leading move to rely instead on risk assessments to determine bail. 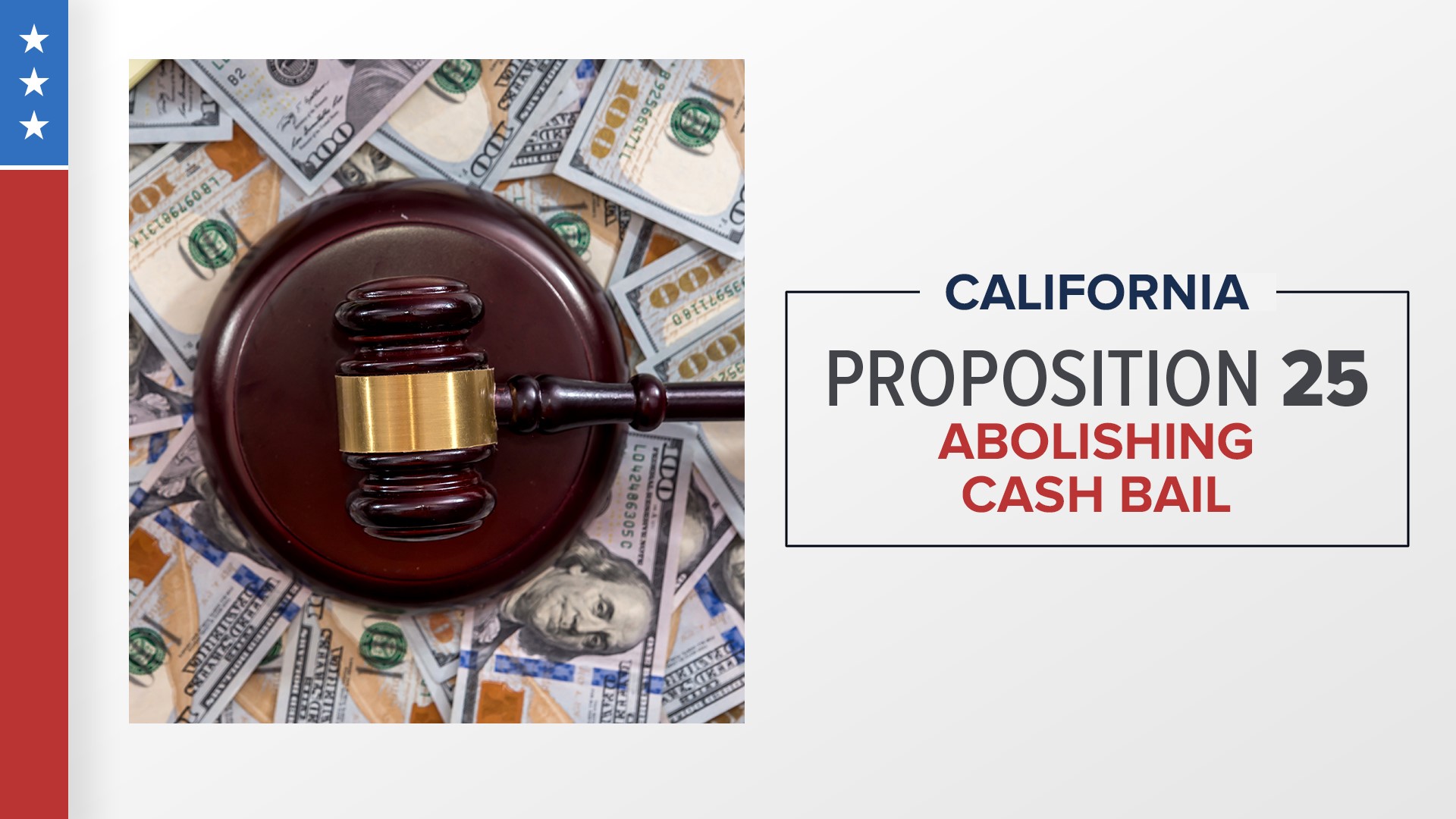 CALIFORNIA, USA — California is sticking with its traditional cash bail system, rejecting a nation-leading move to rely instead on risk assessments to decide which suspects should remain jailed awaiting trial.

With more than 11 million votes counted as of Wednesday, Proposition 25 had just 45% support.

Proposition 25 is a special kind of ballot question that we don’t see every election: a referendum.

In California, if enough people sign a petition, they can force a statewide vote on some of the new laws the legislature passes.

In 2018, the legislature passed a law to end bail.

The bail industry in California sells about $6 billion a year of those bonds and pockets $560 million in fees. Hoping to protect that business, the industry is asking you to vote no.

Let’s cover the basics of bail.

If you get arrested, the legal system has to make a big decision: keep you in jail or let you go until your next court date.

In some cases, people can’t get out at all. In others, they get out on what’s called their “own recognizance” which is a fancy way of saying they trust you to keep showing up to court without needing to be locked up.

To decide, courts look at the seriousness of your alleged crime, your criminal record if you have one, and the likelihood that you’ll appear in court.

Bail gives courts more wiggle room. If they don’t want to just let you go, they can make you post bail - putting up tens or even hundreds of thousands of dollars as collateral to make sure you show up to court. If you don’t have that money, you can buy a bail bond.

A bail bond is an insurance policy to cover your bail if you skip town. Usually, you pay 10% of the bail as a fee to the company.

Lawmakers decided to ban bail because they argue it hurts poor people who haven’t been convicted of a crime yet. And it can even lead some to plead guilty to crimes they didn’t commit just so they can get out of jail.

Instead of bail, under Prop 25, most, but not all, people arrested for misdemeanors would be automatically released within 12 hours.

For everyone else, Prop 25 would create a system to evaluate each accused person’s risk to help courts make more informed decisions about who should have to stay behind bars.

The Replace Cash Bail with Risk Assessments Referendum of 2020.

What does a YES vote on Prop 25 mean?

A yes vote replaces the current bail system with the new risk evaluations.

A no vote rejects the bill passed by lawmakers and keeps bail alive in California.