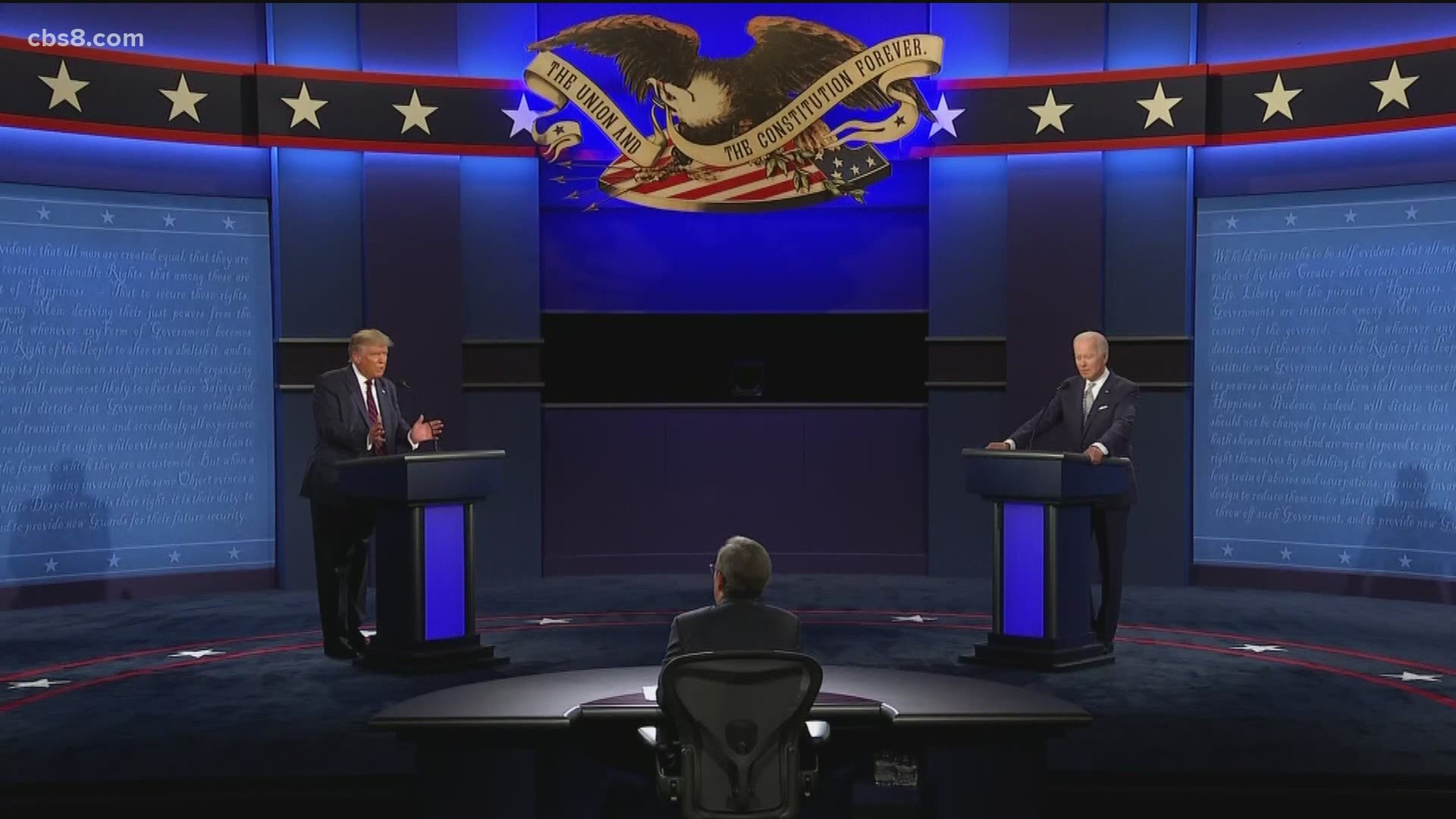 But, News 8 wanted to hear from San Diegans, so we set up a microphone in Balboa Park to hear their thoughts.

At first, it seemed like no one wanted to share their opinion. But, after a few minutes and some coaxing, people warmed up to the idea.

Some San Diegans were more eager than others to have their voice heard. Comments to News 8 a day after the debate included:

“That was the most unorthodox debate I have seen in my 52 years.”

“It was so infuriating to watch.”

The consensus appeared to be that no one thought it went well.

“It just wasn't good for the American people," one man said.

For starters, many noted there was too much interrupting on both sides.

“The president just was not interested in playing by any rules," one man said regarding Trump.

Others had similar feelings on challenger Joe Biden.

“He couldn't avoid interrupting but perhaps he had to do that," another person said. "But I give him credit for not getting - generally not getting - rattled.”

Another complaint San Diegans had: the issues people wanted to hear about weren't discussed enough.

"They just went into weird tangents where they went into personal stuff and it's just like we don't care about that," one woman said.

Some thought Biden had trouble getting his points across:

“He has his things that he wants to say but he is kinda in that glaze of 'I need to say what I need to say,'" one person said. "He's not a good on-the-spot person."

Others said Trump was a bully.

“It was very unproductive," another person said.

As for the moderator, Chris Wallace, people weren't pleased with him either.

“Even the moderator just lost control of the entire thing," one person commented.

“It was very disappointing," another said.

Moving forward, there will be two more presidential debates. The group that sponsors them said they are working on format changes. The specifics of those changes weren't clear as of Wednesday but may include the ability to mute each person's mic.

“I think that format should, fingers crossed, should be a little bit more civil," one San Diego man said.

Do you think the microphones should be muted when the other candidate is answering a question during the next presidential debate?