Pundits online used words like "a disgrace" and "garbage" to describe the first presidential debate of 2020. 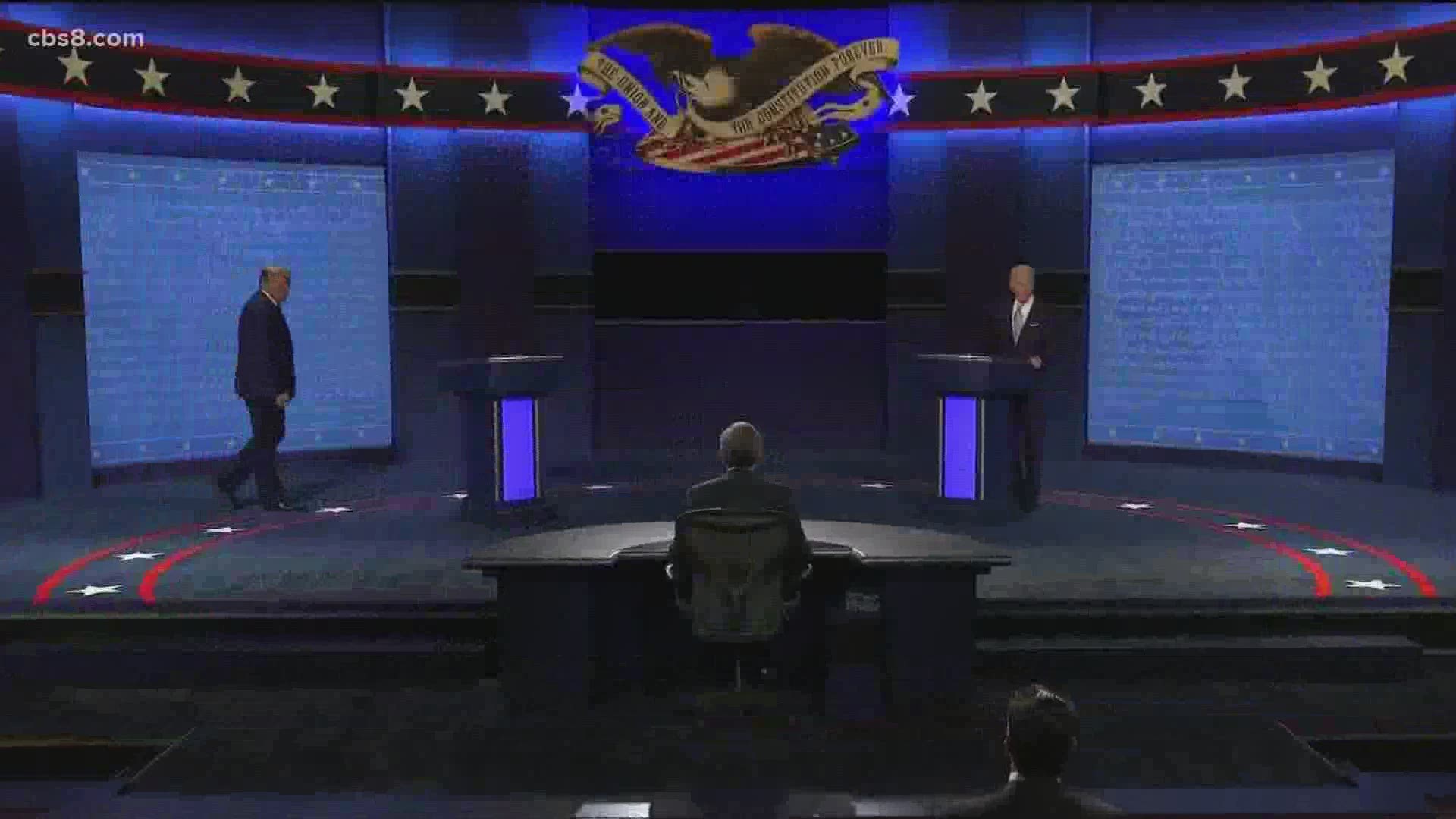 SAN DIEGO COUNTY, Calif. — There was very little substance in Tuesday night's debate between President Donald Trump and Democratic challenger Joe Biden, instead it was mainly shouting and interrupting.

Pundits online used words like "a disgrace" and "garbage" to describe the first presidential debate of 2020.

With two debates remaining, News 8 asked experts what needs to happen for the candidates to get their message across.

"Both sides have to do what I tell my witnesses to do in court, focus on the question, deliver your answers and don't get distracted. And if they do that, the American people can better hear the responses than they could last night. Both men delivered a couple of nuggets, but they were lost in the noise," political analyst Wendy Patrick said.

"I don't really think there was a lot for swing voters. I think that Donald Trump was doubling down and using anger to try and inspire his base. I think Joe Biden was just trying to get a word in edge wise and I don't know if he was able to pull people off the sidelines for his cause, or those very small number of swing voters who might've previously been in Trump's camp. It was really a wash and ultimately the American people lost last night," political analyst Laura Fink said. 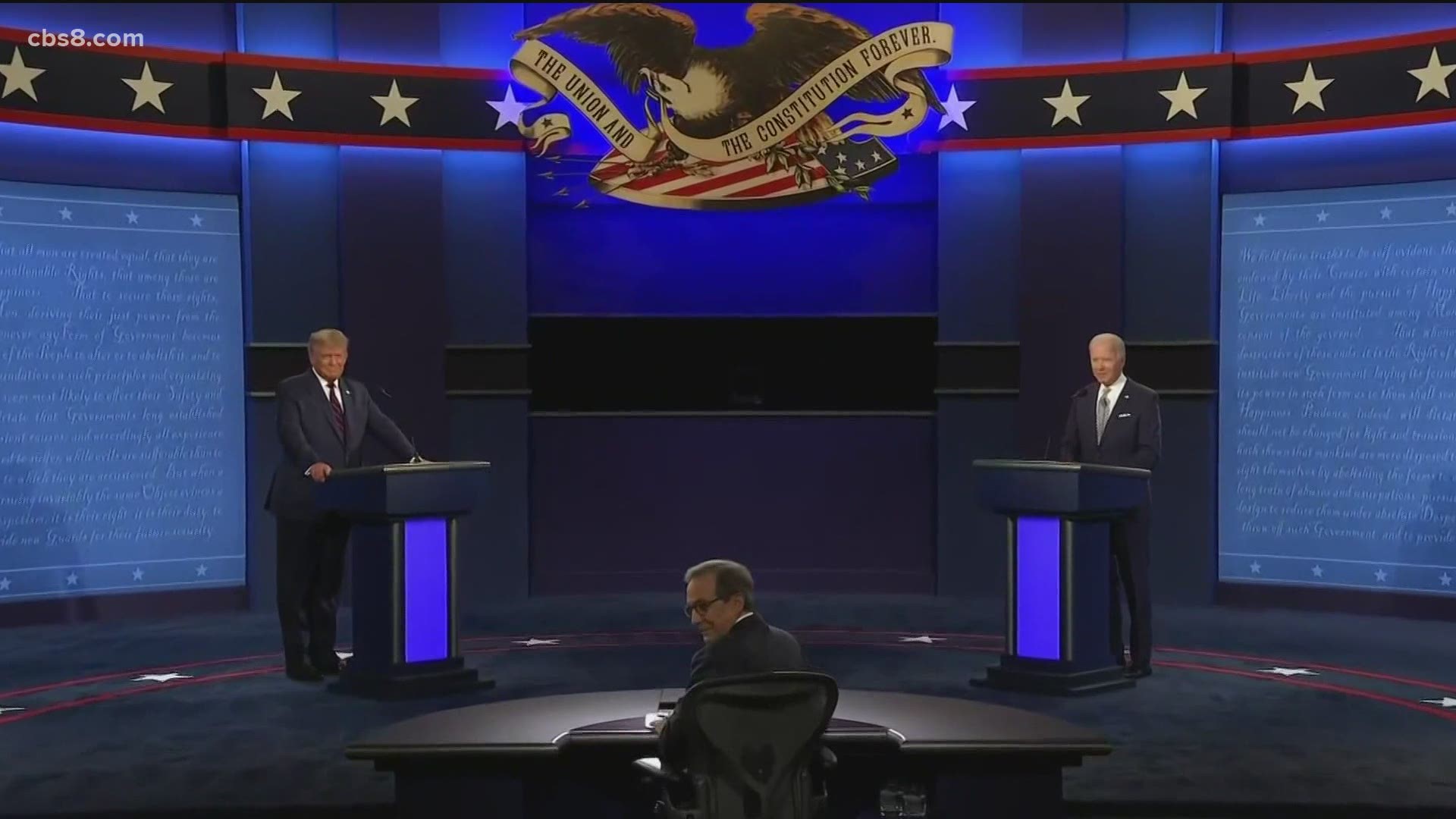 CBS News talked with voters after the debate. They said Biden was the winner of the debate, but by a slim margin. Meanwhile, 48% said he won, whereas 41% said Trump won. However, more than eight in 10 voters who watched, describe the debate’s tone as negative, including majorities of each candidate’s supporters. When asked how the debate made them feel, an overwhelming majority said annoyed.

In one week, the vice-presidential candidates Mike Pence and Kamala Harris will debate. Susan Page of USA Today will moderate. Trump and Biden will battle it out again on October 15 and for a final time before the election on October 22.