San Diego County prepares for in-person voting: 'Be ready to have patience'

Voters county-wide this year are being given plenty of time and space to cast their votes. 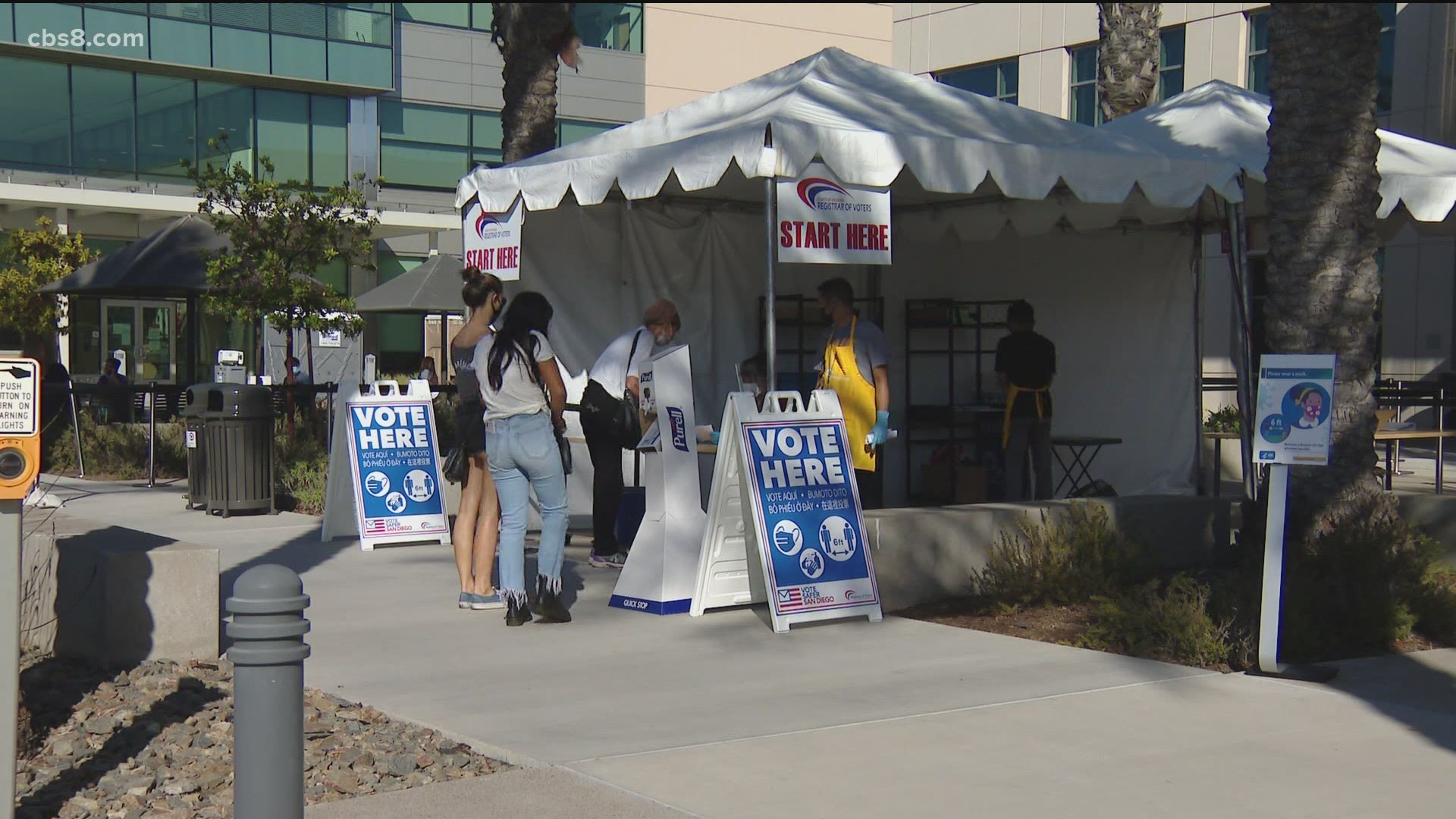 SAN DIEGO COUNTY, Calif. — While absentee voting is encouraged as the safest way to cast your ballot during the ongoing coronavirus pandemic, the county is preparing for those San Diegans who plan to vote in-person.

Wednesday, San Diegans got a sneak peek at the extensive safety precautions being put in place at hundreds of so-called "super polls" throughout the county.

Early voting is underway, and San Diegans are clearly taking advantage: more than 562,000 ballots have already been cast, which is almost 30% of all registered voters, according to county Registrar of Voters Michael Vu.

"That is 30% less than would potentially go to a polling place on election to vote and create long lines and crowds," Vu said.

While Vu said he is encouraging as many San Diegans as possible to vote absentee to remain as safe as possible, extensive preparations are underway for those who either have to, or choose to, vote in person

To that end, San Diego's 235 "super poll" locations, all big enough to allow for social distancing, will be opened from Oct. 31 through Election Day, Nov. 3.

"Be ready to have patience," Vu cautioned.

All 4,500 election workers, who will be screened for COVID daily, are undergoing an extensive two-day training covering everything from sanitization procedures to directing crowds.

And those pandemic-specific protocols will begin as soon as the voter even approaches the polling site, with signage guiding them through the process from social distancing to remembering your mask.

"Before voters enter the voting room area, they will hand-sanitize in advance," said Vu.

And once they enter, there will be seven check-in stations outfitted with sneeze guards so that everyone can remain spread out as they are signing in and getting their ballots.

"They will also be offered gloves if they want to use gloves as well," Vu added.

While single-use items like gloves and secrecy sleeves will be discarded once used, Vu said that the sanitation regimen calls for other high-touch items, like styluses and touch-screen units, will be constantly disinfected.

"Products that are shareable will be wiped down before the next person uses it or touches it," Vu said.

On the way out of the polls, voters will have a chance to hand-sanitize once more.

"Election Day is November 3rd," Vu said, "I do not want to be standing here 14 days later with Dr. Wooten talking about Election Day as a statistic."

Keep in mind, if you vote in person, don't forget your mask. If you happen to forget it, though, poll workers will be happy to supply you with a spare one. In fact, the registrar has already ordered 300,000 of them.