How control of the U.S. Senate could depend on the outcome of Georgia's Jan. 5 runoff election

What triggers a runoff election in Georgia? 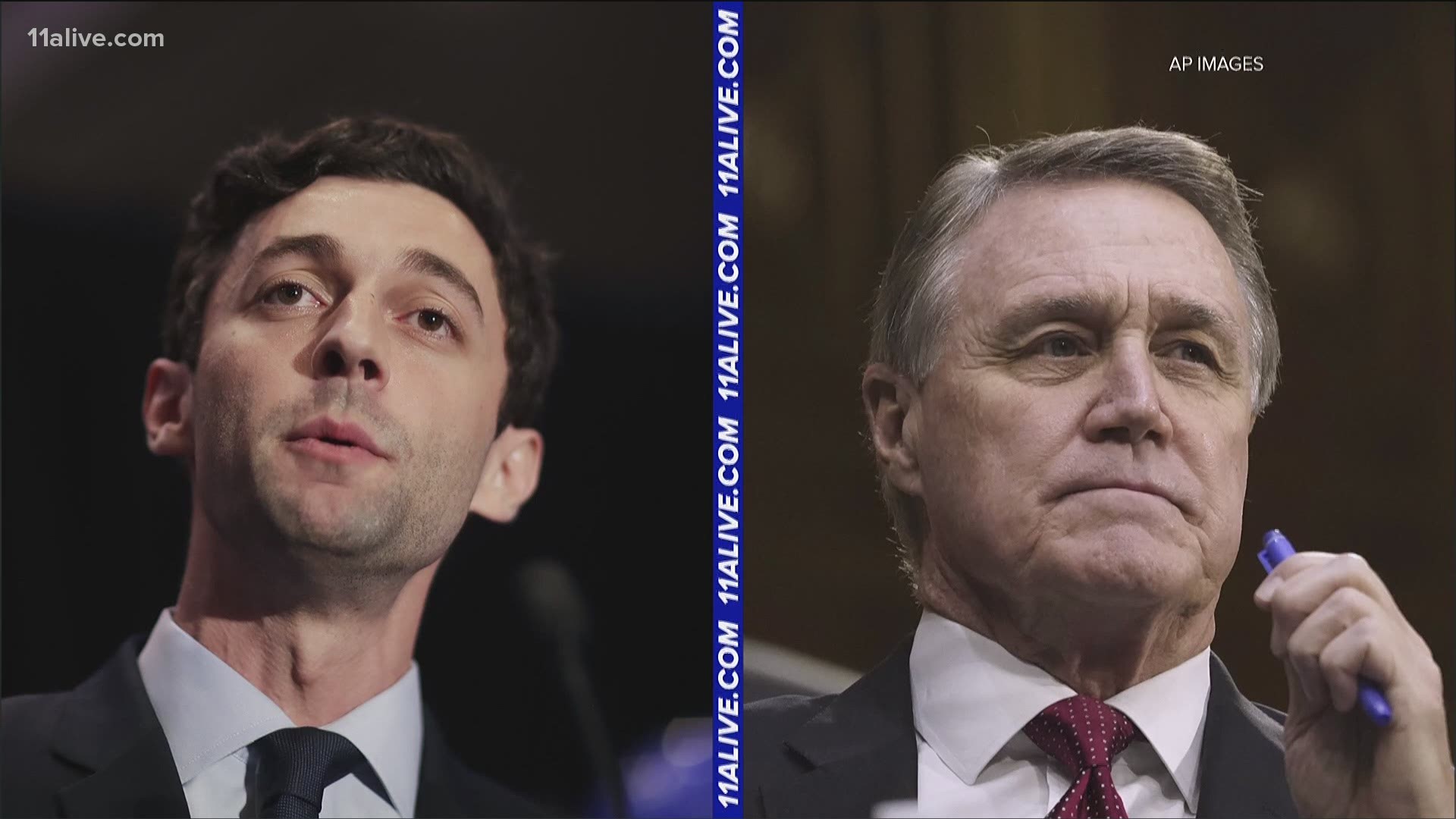 ATLANTA — In order to be declared the winner in an election in Georgia, a candidate must receive at least 50% plus one vote.

If that does not take place, under Georgia law, the race automatically goes to a runoff between the top two vote-getters.

Georgia law sets the date for runoffs for federal offices at nine weeks after the date of the general election. In this instance, that would fall on Tuesday, Jan. 5, 2021.

Why do runoffs exist in Georgia politics?

According to a 2014 analysis by the Washington Post, runoffs are a vestige of a time when white Democrats controlled Southern politics and manipulated election rules to remain in power.

The Post article quoted University of Georgia political scientist Charles Bullock, who said that in the days when the Democrats were the only party in town, the runoff was often the "determinative election." Often, in those days, Bullock said, there were "more people participating in the runoff than in the original primary."

According to the Post's article, the runoff system was used, along with literacy tests, poll taxes and other hurdles to keep African Americans away from the ballot box.

In recent years, Georgia is one of seven states - along with Alabama, Arkansas, Mississippi, Oklahoma, South Carolina and Texas - where runoffs are required if a single candidate does not receive at least one vote beyond a 50% threshold in an election. In two other states, the bar is even lower: 40% in North Carolina and 35% in Louisiana. South Dakota and Vermont have very limited instances in which they use runoffs, according to Ballotpedia.

What effect does this have on the US Senate races in Georgia?

With 21 candidates in the special election for one of the two US Senate seats in Georgia this year, the rules governing runoff elections all but guaranteed one would happen, despite Democrat Raphael Warnock's clear victory over the remainder of the field. He received 33% of the votes cast in the race. He will face incumbent Republican Sen. Kelly Loeffler in the Jan. 5 runoff.

Uniquely, because the other US Senate race was so close, it appears this race, too, will go to a runoff. This is because the leading candidate in that race, incumbent Republican Sen. David Perdue, appears to be falling below 50% of the votes cast in the race.

With the race being as close as it is, the presence of a third-party candidate, Libertarian Shane Hazel, shunted enough votes away from Perdue and Democratic challenger Jon Ossoff to keep both candidates below the 50% threshold.

On Thursday afternoon, looking at the serious possibility of a runoff in that senate race, Ossoff's campaign manager, Ellen Foster released a statement that said, in part, "The votes are still being counted, but we are confident that Jon Ossoff’s historic performance in Georgia has forced Senator David Perdue to continue defending his indefensible record of unemployment, disease and corruption."

"David Perdue won this race in regular time and will do the same in overtime. Georgians have rejected Jon Ossoff’s liberal, socialist agenda not once, not twice, but three times," McLaughlin said in a statement. "And the fourth time will not be the charm."

At this point, both races appear headed to that Jan. 5 runoff election.

The Balance of Power in Washington

An irony associated with the runoff is that the 117th Congressional Session and, by extension, the swearing-in of the members of the United States Senate is currently scheduled for noon on Sunday, Jan. 3, 2021 or Monday, Jan. 4. Either way, that ceremony will take place without senators from the state of Georgia.

According to political analysts, the balance of power in the US Senate may actually hinge on the final outcome of the Jan. 5 runoff in Georgia.

In more recent years, runoff elections tend to have much lower turnouts and attention than the much larger primaries and general elections that they are generally tied to. As a result, candidates with strong, ideological bases tend to do well. While other candidates, already cash-strapped following their initial campaigns, find it difficult to mount a secondary campaign.

This time though, with the nation's eyes on Georgia, expect a massive influx of national money and grassroots support for each of the candidates, as well as a groundswell of local support for getting out the vote for the Jan. 5 runoff.