Postcards inaccurately informed voters that mail-in ballots had to be requested and to "add postage to the return envelope if needed." 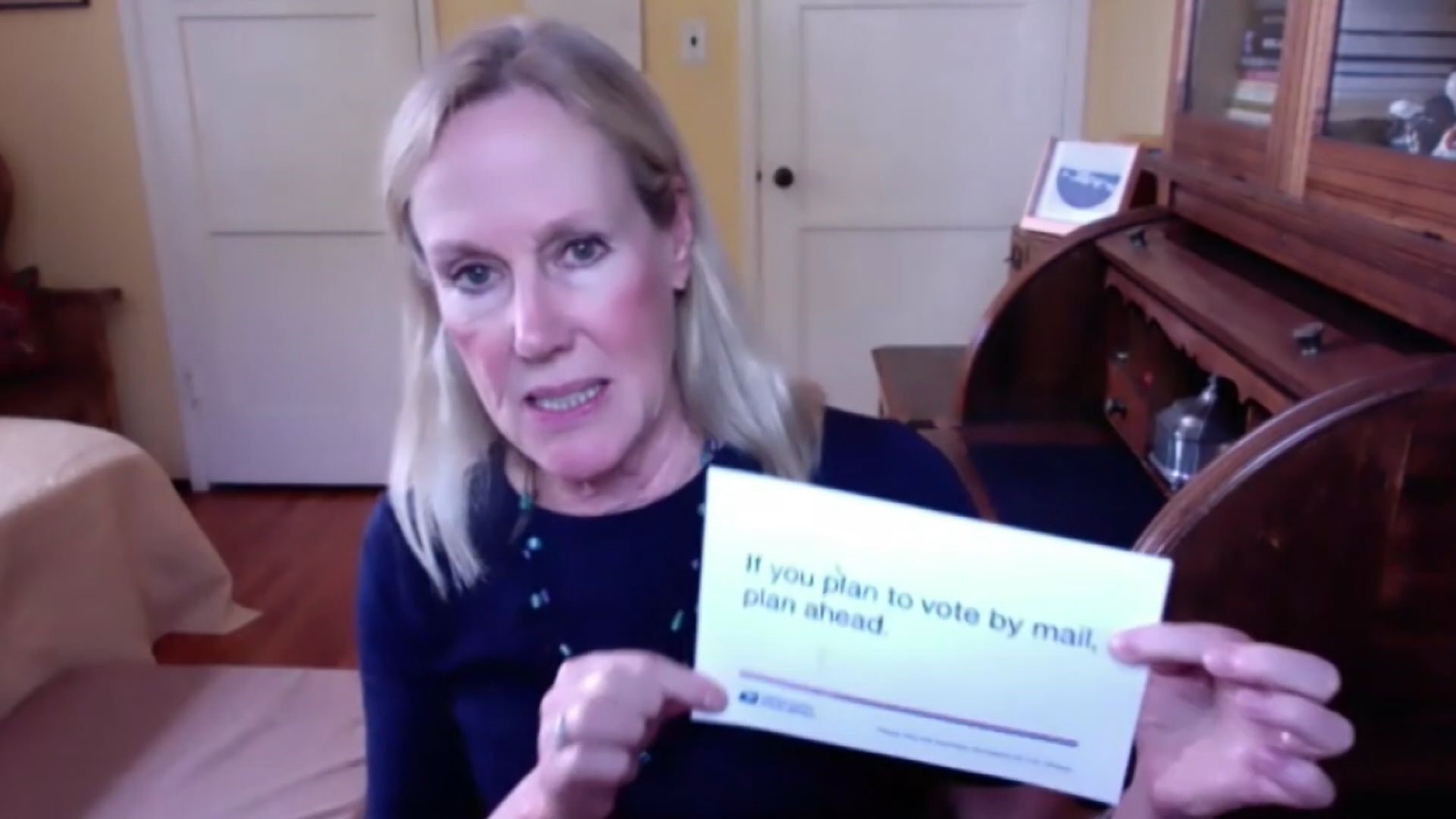 SAN DIEGO — The U.S. Postal Service was under fire Monday for sending out inaccurate information to California voters regarding mail-in ballots.

People started receiving USPS election postcards over the weekend with a list of five tips for voting by mail during the upcoming presidential election. Many voters found the information confusing.

“I was really confused by this because I think some of it actually isn't correct for California,” said Ann Woods, who received her postcard on Saturday at her home in National City.

The postcards were sent to every mailbox in the country, courtesy of the U.S. Postal Service.

One of the bullet points on the card read, “Request your mail-in ballot (often called ‘absentee’ ballot) at least 15 days before Election Day.”

Another tip advised voters to “Add postage to the return envelope if needed."

San Diego County Registrar of Voters Michael Vu said some of the info was inaccurate for California voters.

“Postage is not required for any mail ballots cast in this upcoming presidential election, and the fact is, you do not have to request a mail ballot. Every single registered voter will automatically receive a mail ballot through the U.S. Postal Service starting on October 5,” Vu said.

It's not just California being affected by inaccurate information. In eight other states and the District of Columbia, all voters will receive mail-in ballots without having to request them.

“What these lawsuits are about is actually asking a judge to tell the postal service to not send this postcard, which contains misinformation on elections,” said Griswold.

Over the weekend, a federal judge issued an order blocking the post office from mailing any more of the postcards to Colorado. But the post office says the mailers have already gone out.

"Our mail-piece provides general, all-purpose guidance on the use of the mail, and not guidance on state election rules. The mail-piece – which has already been delivered to most households and will reach every American residential mailing and P.O. Box address in the coming week – contains a single set of simple recommendations for voters throughout the nation, regardless of where they live and where they vote. At the same time, we are aware that each state has its own specific rules, deadlines and requirements, and the mail-piece acknowledges that fact.

The main message of the mail-piece is that voters should plan ahead, educate themselves about voting options available in their jurisdiction, and, if they choose to vote by mail, to give themselves enough time to receive, complete and return their ballot. We specifically encourage voters to visit their local election board website and provide a link for this purpose (usps.com/votinginfo).

The Postal Service recognizes that not every state requires a voter to request a ballot in order to obtain one by mail for the November election. The Postal Service’s guidance remains that individuals need to understand their state’s rules and deadlines, and to plan ahead."

“I think it was the U.S. Postal Service's good intentions to get information out to all registered voters throughout the entire country. What I think they failed to recognize is that every state has different sets of laws, particularly in the state of California and other states where every single voter is going to be receiving a mail-in ballot,” Vu said.

“Given the inconsistencies between the guidance offered on the USPS postcard and California Elections law, I’m deeply concerned about the potential for voter confusion. State and local elections officials have had to spend a significant amount of time correcting election misinformation and disinformation. This USPS postcard, without input from elections officials, does not help. Our office is in regular communication with USPS, and will be working with them to prevent further confusion of voters, but all options remain on the table.”