One ballot for a presidential pick lists Pete Buttigieg as first and another shows Joseph Biden as the first name, so why aren't the names in alphabetical order? 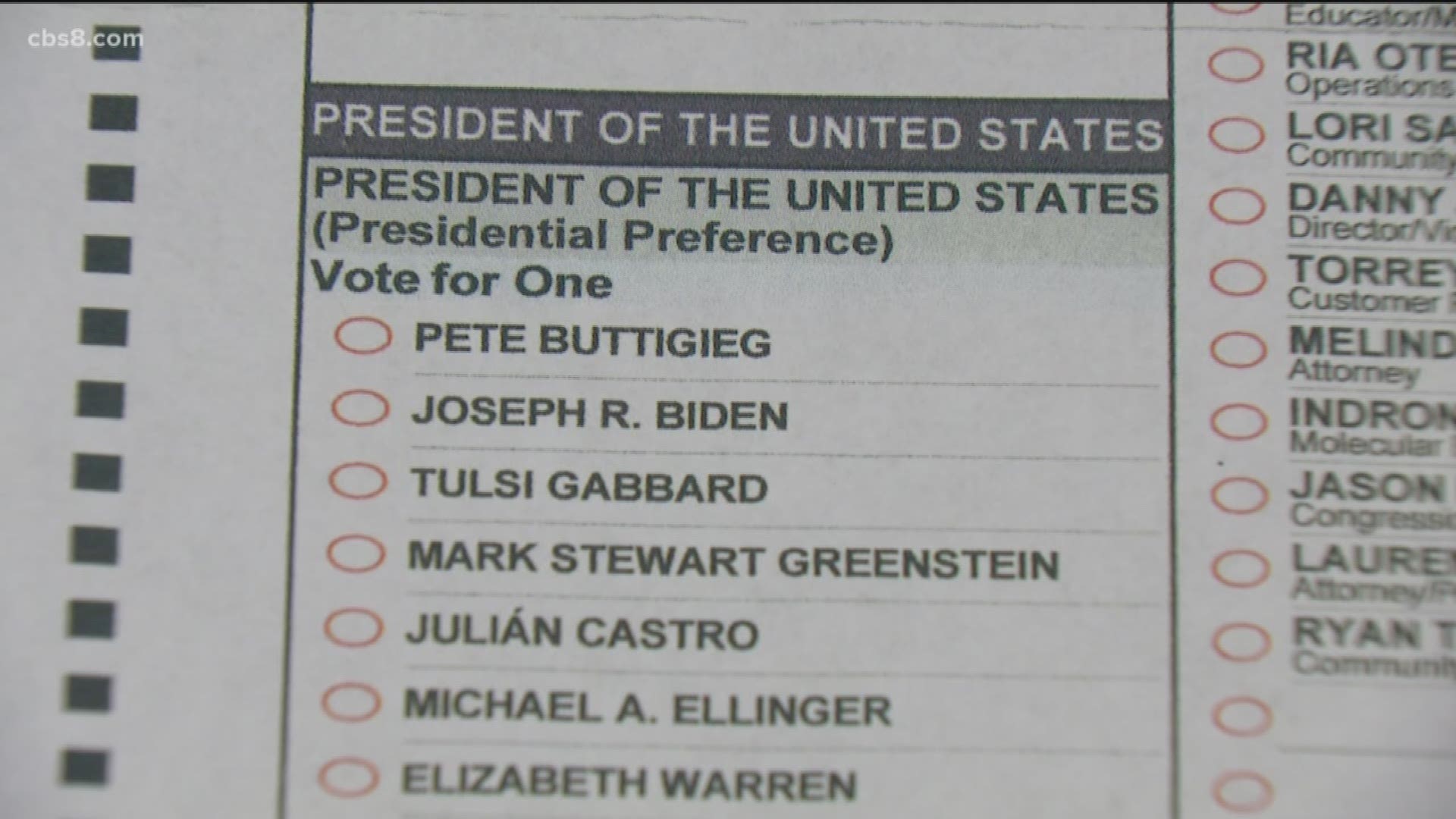 SAN DIEGO — We're less than a month away from the March 3 Presidential Primary, and if you want to vote early or by mail, you can do it now. But some San Diego voters, who've received mail ballots are confused by the order the candidates are listed in.

For the official democratic ballot, there are different versions of how the candidate names are listed. One ballot for a presidential pick lists Pete Buttigieg as first and another shows Joseph Biden as the first name, so why aren't the names in alphabetical order?

"The reason why it's not in alphabetical order [is] because it's state law. The state law provides that when all the candidates are known by the 83rd day, by the 82nd day, the Secretary of State pulls a random sampling of all the respective alphabets, and then whoever gets selected first, then the order of the ballots of that person's surname goes on there first as well,” said Michael Vu with the San Diego County Registrar Of Voters.

This applies to all offices except when the contest overlaps with another county or for the City of San Diego, which does its own draw.

“They won't all look identical and the reason why is because in certain cases, there could be a rotation of the ballot as well,” Vu said.

Not all states do it the same way. Some do have candidates listed in alphabetical order.

So don't be surprised if you see the variations, as there are different language ballots for all the political parties making the 12,560 ballots in the county.

"Ultimately, the intent there is to give everyone a fair shot," Vu said.