President Joe Biden spoke about the pandemic and unity in his first speech in office. A former White House writer in La Jolla added insight on Biden's speech. 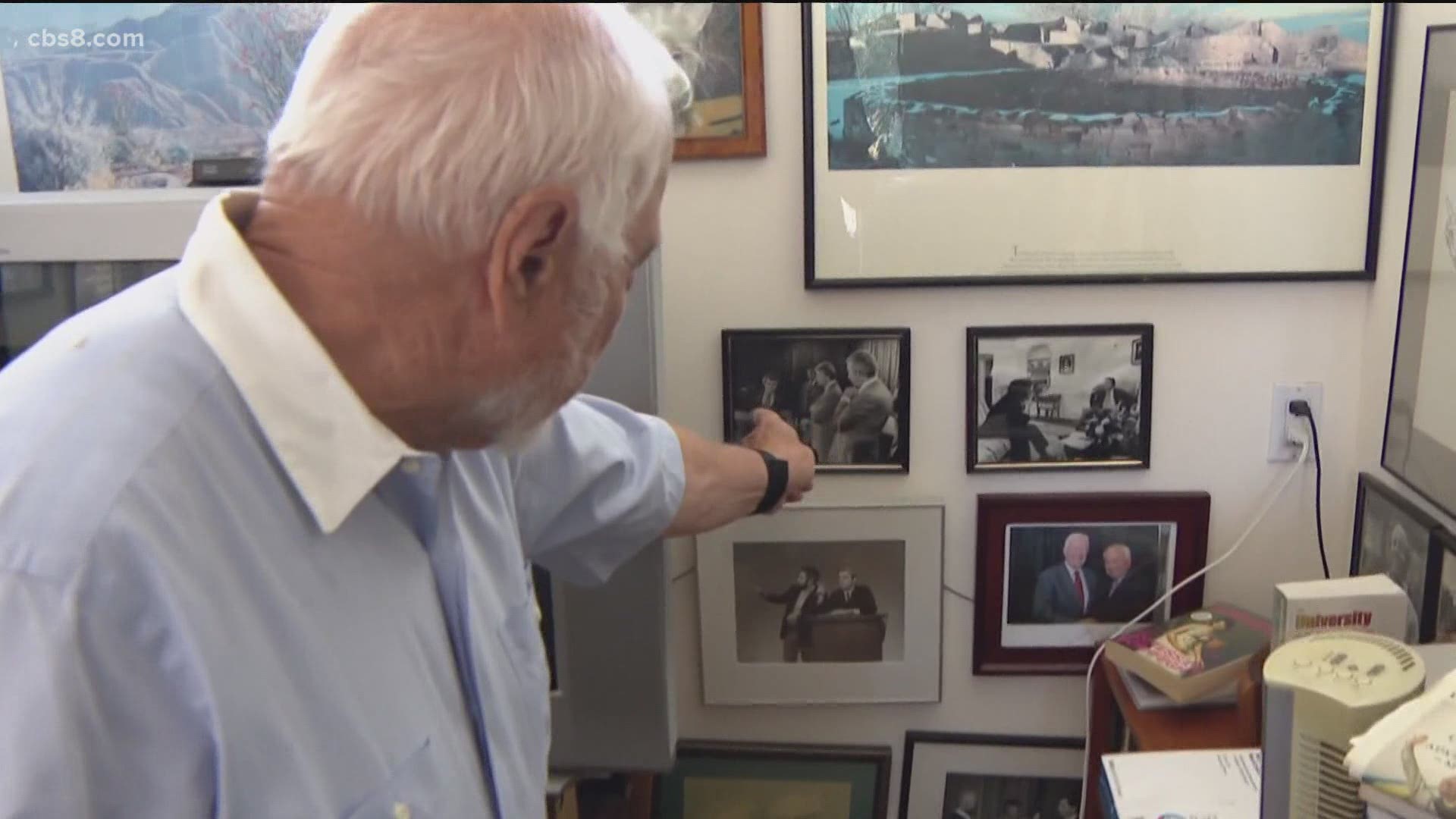 SAN DIEGO — Barry Jagoda offered insight into the presidential inauguration and called it inspiring and successful.

Jagoda coached Carter back in 1976 for his debate against former President Gerald Ford, and he wrote about it in his book “Journeys With Jimmy Carter and Other Adventures in Media.”

In comparing Carter's Inauguration with Biden's, he noted that Carter’s speech was much shorter and had a peaceful transfer of power.

“Carter was coming out of a very good transition with former President Ford. They got along pretty well and Ford followed the rules and attended the inauguration,” Jagoda said.

"America has been tested and we've come out stronger for it," said Biden.

Jagoda said Biden's speech wall all about unity and peace in a much-needed time.

"The unity theme from Biden was quite good, and the whole pageantry was really quite excellent. They did better considering the circumstances than one might have expected,” Jagoda said.

In his first act as president, Biden held a moment of silent prayer for the 400,000 Americans who died due to coronavirus.

"Let's say a silent prayer for those who've lost their lives and those left behind and for our country,” Biden said.

For the 21-minute inauguration address, Jagoda said Biden outlined optimism for the future.

“Biden and Harris were very proper, and the whole ceremony today had a gravitas, which was very inspiring,” Jagoda said.

But now that the Pomp and Circumstance are over, Jagoda said, “Now the new president is going to have to get to work. He’s got a lot of work to do.”