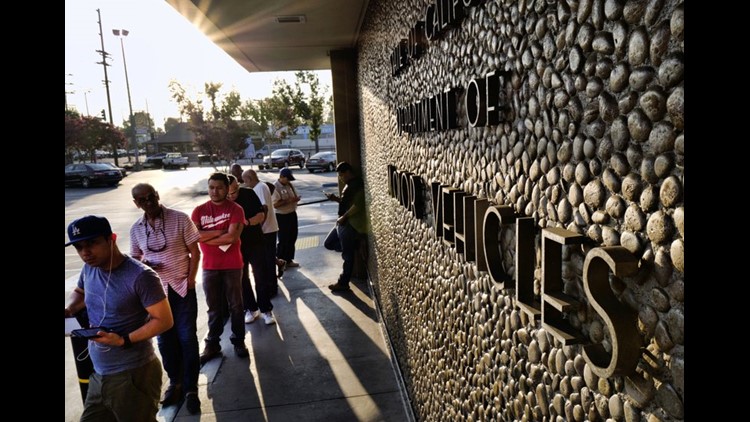 SAN FRANCISCO — A Republican lawyer who has waged lawsuits on behalf of the Trump administration sued the state of California and its Department of Motor Vehicles Tuesday, saying the agency is failing to verify citizenship for voter registration.

A federal lawsuit filed by attorney Harmeet Dhillon comes after a state audit found the California DMV’s “motor voter” program that started last year was riddled with technical problems that led to hundreds of thousands of discrepancies in voter registrations. Dhillon said that audit helped bring issues raised in her lawsuit to light.

“It is important for the sanctity of our elections that only people who are entitled to vote, which for federal elections means citizens, be allowed to vote,” Dhillon said at a news conference.

Dhillon, a Republican National Committee member, filed the lawsuit on behalf of three U.S. citizens living in California, Roxanne Beckford Hoge and Ali Mazarei, both of whom are naturalized citizens, and Corrin Rankin.

Dhillon said all three are Republican voters but that the lawsuit was nonpartisan. The plaintiffs “feel passionately that the right to vote should be restricted to citizens only, as the law requires,” she said.

The lawsuit asks a court to rule that California be required to use a variety of data to verify citizenship eligibility before enrolling people to vote.

Padilla said in a statement that the lawsuit was “a fundamental misrepresentation” of the voter act.

“The plaintiffs claim they are protecting voters, but this is nothing more than an underhanded attempt to bring their voter suppression playbook to California,” Padilla said in a statement. “California remains committed to ensuring the integrity of our elections, empowering citizens to participate in democracy and defending the right to vote.”

Election Day 2018: What time do polls close in my state?

Dhillon said the secretary of state’s office has 90 days to respond. Padilla’s office did not immediately respond to a request for comment.

California launched the “motor voter” program in April 2018. It automatically registers people to vote when they visit the DMV unless they opt out. Potential errors in voter registration and other issues prompted former Gov. Jerry Brown to initiate an audit by the Department of Finance, which then hired the private firm Ernst &Young to help.

RELATED: Verify: Are hundreds of thousands of non-U.S. citizens voting in CA elections?

Last year, DMV officials said an error may have allowed about 1,500 people, perhaps including non-citizens, to incorrectly register to vote. After the report’s release, the secretary of state’s office said six people who were registered to vote despite opting out cast ballots in 2018.