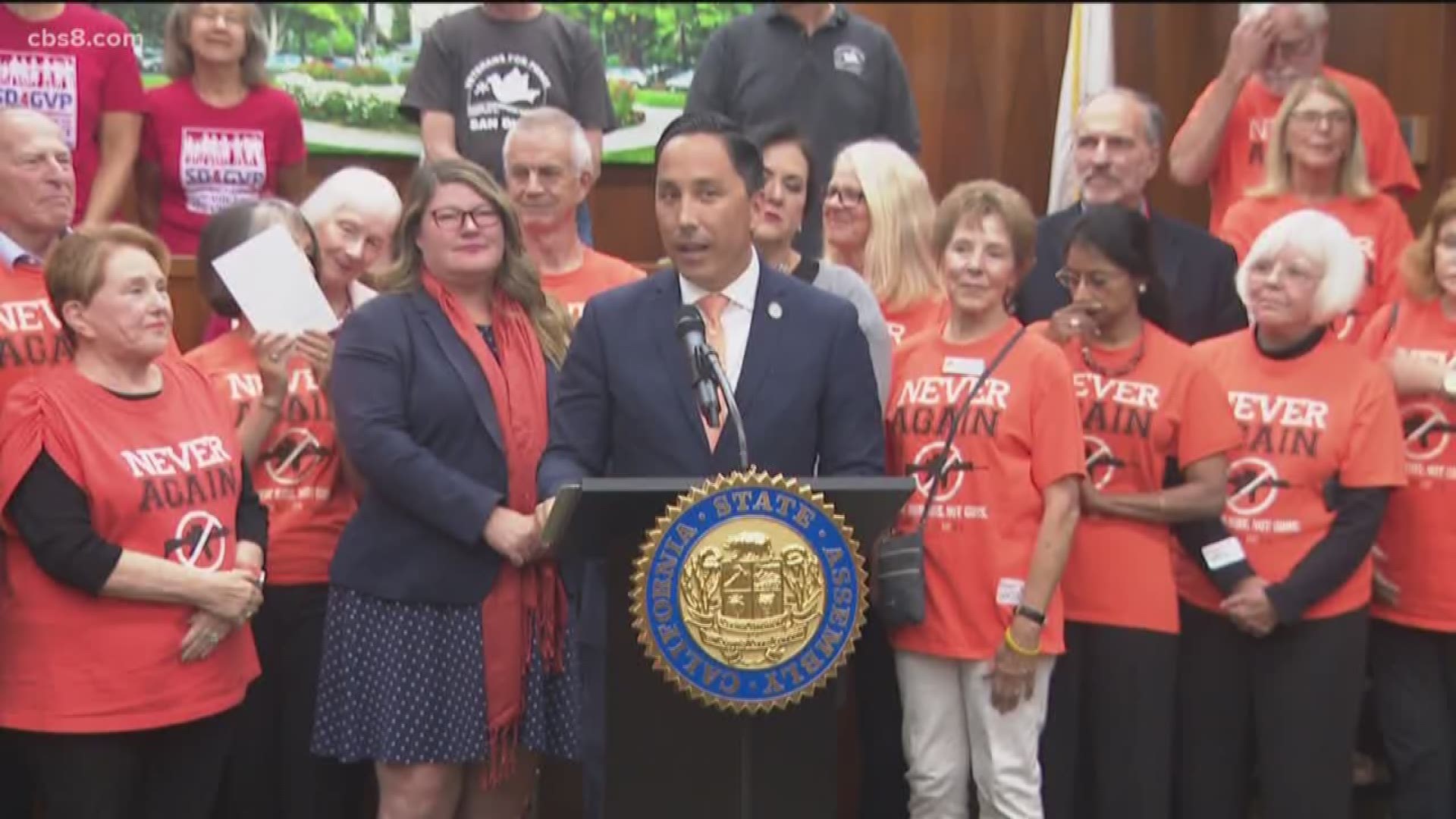 SAN DIEGO — Governor Gavin Newsom signed a bill on Friday that would prohibit the sale of guns and ammunition at the Del Mar Fairgrounds starting next year.

The bill was part of a package of 15 bills signed by the governor that aim at strengthening gun violence protections.

"California has outperformed the rest of the nation, because of our gun safety laws, in reducing the gun murder rate substantially compared to the national reduction," Newsom said as he signed the measures surrounded by state lawmakers. "No state does it as well or comprehensively as the state of California, and we still have a long way to go."

Last year, the gun shows were suspended temporarily, but a judge later ruled that they could continue.

"I'm just freshly back from Sacramento and I have AB 893 and it has been signed by Governor Newsom," said Gloria.

Gloria introduced the bill, making Del Mar the first fairgrounds in the state to ban such a thing.

Below is Assembly Bill No. 893 signed by Governor Newsom Friday:

Crossroads puts on the show. Tracy Olcott with Crossroads says while she's disappointed, she knew this was coming. Olcott says the show adheres to the same regulations as a gun store.

"We are all against gun violence,” said Olcott. “No one wants to see anything with gun violence, but we need to find common ground where we can work on that together."

In total, the Governor signed the following gun-related bills: