It feels like every other week, there's a candidate coming through San Diego county. Here's why. 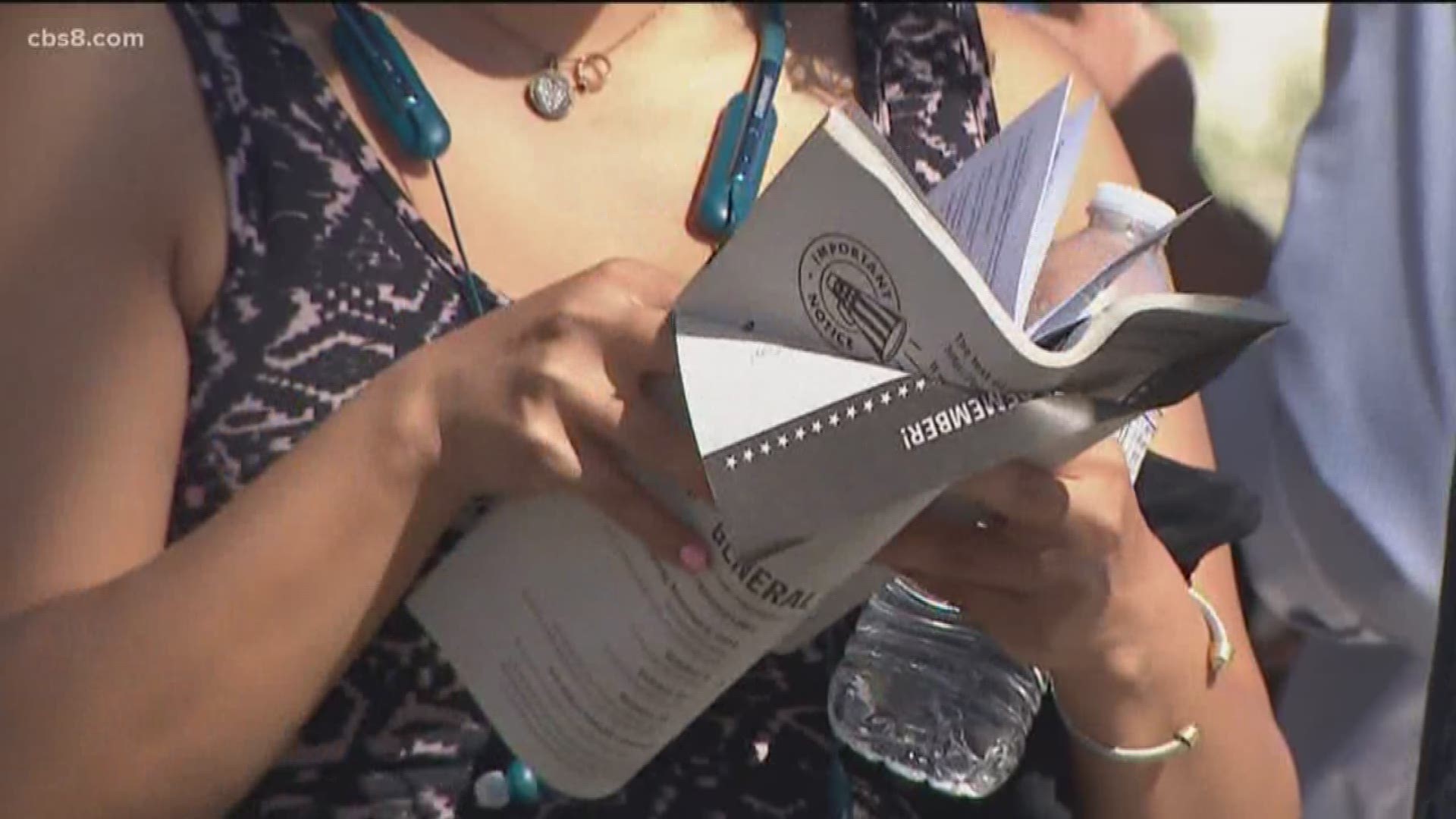 It feels like every other week, there's a candidate coming through San Diego county.

We've seen this in previous campaigns, but they were usually here for fundraisers. This year, we're seeing candidates hosting large rallies - not only just for your money, but for your vote in our early primary.

This is because California has an early primary. Our voters head to the polls in March -the nation's fifth state to hold a primary.

There will still be live competition and our vote will be meaningful.

California has always been the piggy bank for both parties,” said Professor Casey Dominguez from the University of San Diego.

Former Vice President Joe Biden was here in August for a speaking engagement and went to Del Cerro for a fundraiser. President Trump also came to San Diego last month despite it being more than a decade since a Republican won the county.

Our electoral votes are pretty well decided. California assigns delegates proportionately, so long as candidates get more than 15% of the vote.That means your vote matters, and Professor Dominguez says Californians need to consider their role in selecting nominees.

“We know the voters in Iowa and New Hampshire always take the role seriously, vetting candidates and learning about them, and this year, Californians should do that too,” said Dominguez.