Measure C and D are two of the biggest issues on the ballot for City of San Diego residents. Measure C calls for a combination football stadium and convention facility to be built in the East Villa... 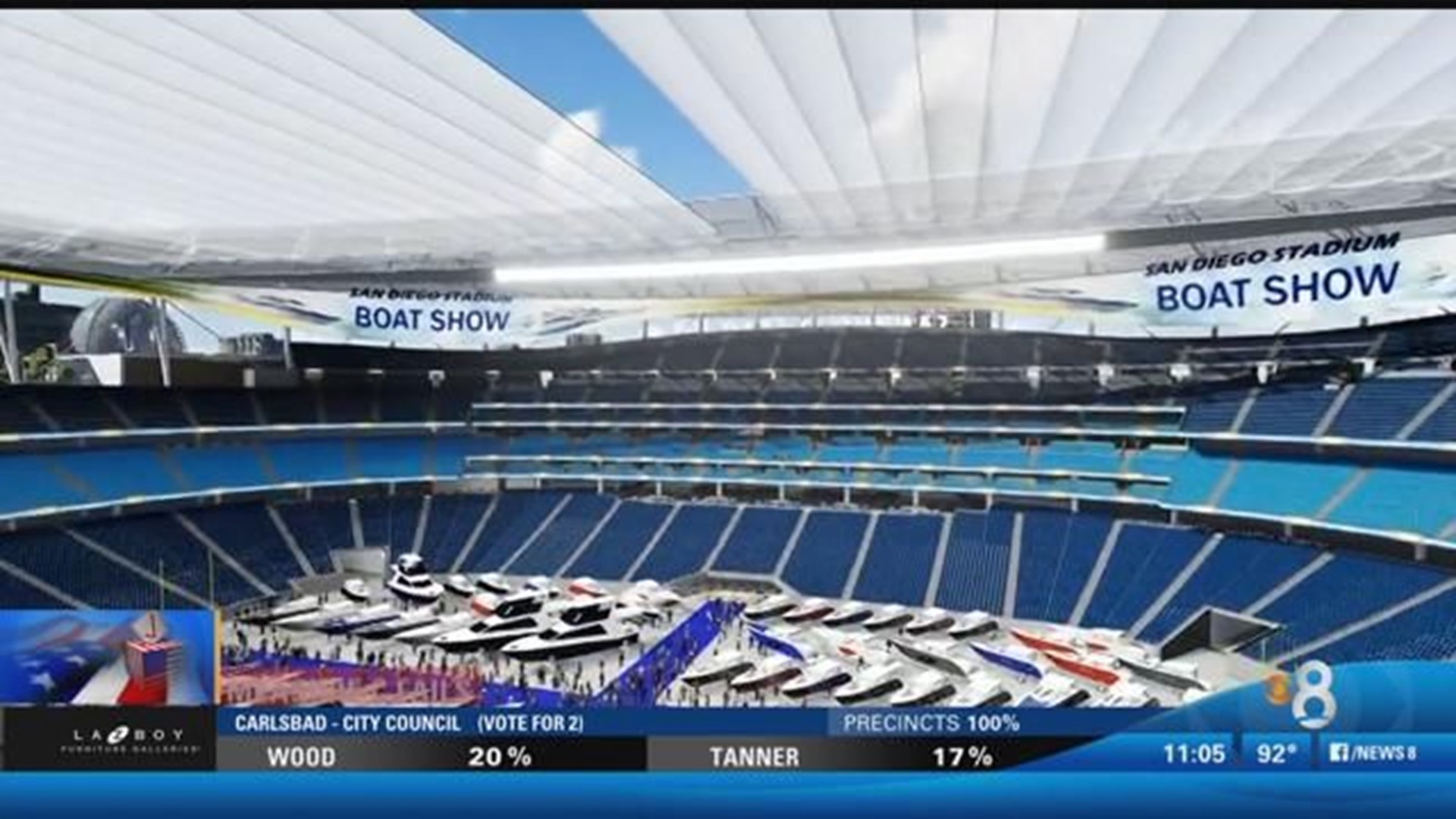 SAN DIEGO (CNS) - City of San Diego voters delivered a powerful electoral blow to a ballot measure that would have raised hotel room taxes to partially fund a downtown football stadium for the Chargers, with support falling well short of the two-thirds that was required.

Measure C was one of a dozen local propositions that confronted San Diego voters, with questions also regarding election scheduling, San Diego High School and funding for improvements at regional parks, among other things.

Since it could impact whether the Chargers remain in San Diego, Measure C received by far the most publicity.

The proposal advanced by the team called for a combination football stadium and convention facility to be built in the East Village near Petco Park.

Construction and operations would have been funded, in part, by an increase in the city's hotel room tax, which is why more than 66 percent was needed for approval. The levy is currently 10.5 percent of room bills, with an extra 2 percent fee that pays for tourism promotions. Under Measure C, the tourism fee would have been eliminated, and the room tax would have jumped to 16.5 percent.

The Chargers and NFL would have kicked in a combined $650 million toward the project. Team executives said the combined facility would not only result in a state-of-the-art football stadium, but space that could be used for around 300 days a year.

Spanos, in a message to Chargers fans early Wednesday, thanked everyone who supported the measure, and said the team's future hasn't yet been decided.

Three City Council members and a councilman-elect campaigned against the proposition.

"San Diego voters know a bad deal when they see it," one of those councilmen, Chris Cate, told City News Service. "Now the ball is in the Chargers' court in terms of whether or not they want to have a negotiation, have a dialogue with the city and other stakeholders in order to get a deal done that's in the best interest of both the team and taxpayers."

Measure D, which would have redirected tourism financing in San Diego, barred an onsite expansion of the convention center and set aside Qualcomm Stadium for educational and park uses if it's abandoned by the Chargers, was also handily rejected by voters.

Other city of San Diego ballot measures won, most by wide margins.

One will require November runoff elections for city offices, while another will allow San Diego High School to remain in its location in a corner of Balboa Park.

A measure that will allow a larger percentage of revenue from Mission Bay leaseholders to be used to fund improvements in other regional parks and one that will establish a tax on sales of recreational marijuana -- with state Proposition 64 passing -- also passed.

Despite the fact that Measure C failed to receive a two-thirds majority, I wanted to reach out right away with a very sincere thank you for your loyal support as a fan and for considering our initiative.

There is much we can be proud of tonight: the 110,000 residents who qualified the measure in just six short weeks; the vocal and passionate support from our fan groups and corporate partners; the strong endorsements and hard work of numerous civic, business, and labor leaders; and the heartfelt efforts of our alumni and players.

The outpouring of support from friends like you, and so many others, has been heartwarming throughout the campaign and I will continue to be mindful of that in the weeks ahead.

Thank you, again, for believing in the Chargers.  Everyone on the team and in my family appreciates your loyal support and continued patience, and we look forward to an exciting rest of the season.

Dean A. Spanos
Owner - Chairman of the Board