Airbnb says it will block, cancel reservations in DC for inauguration week

The company said it's also working to determine whether anyone responsible for the Capitol riot has an account on Airbnb, and will ban them from the platform. 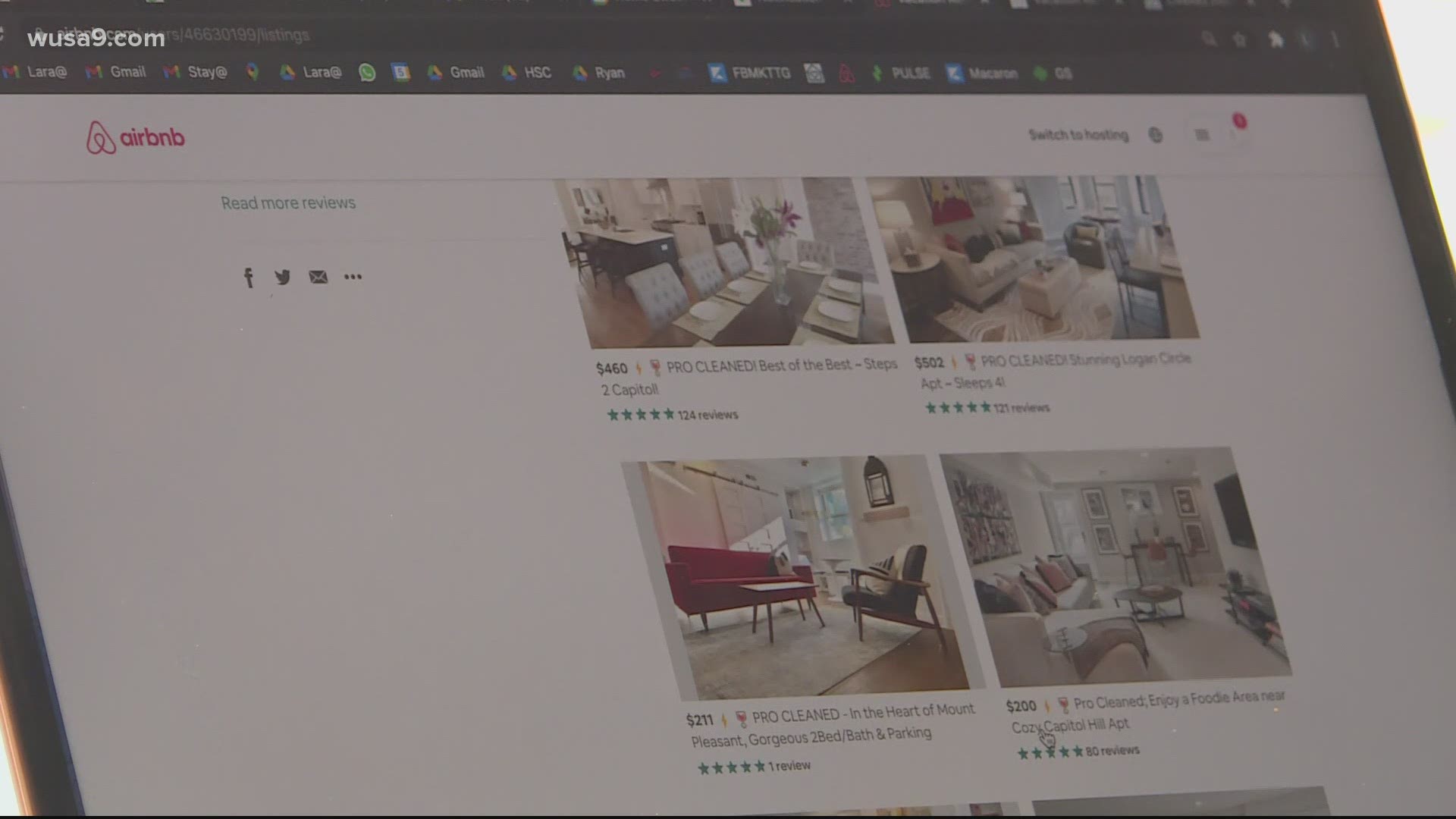 WASHINGTON — One week after a rally in support of President Donald Trump turned into a violent siege of the United States Capitol building that left six people dead, rental company Airbnb announced that it will block or cancel any reservations made on its platform during the week of the presidential inauguration.

The company said it will fully refund guests for canceled reservations, and will reimburse hosts any money they would have earned at the company's expense.

"Airbnb’s work continues to be informed by inputs from our local host community as well as Washington, D.C. officials, Metro Police and Members of Congress throughout this week. In particular, Mayor Bowser, Governor Hogan and Governor Northam have been clear that visitors should not travel to the D.C. Metro area for the Inauguration," Airbnb said. "Additionally, we are aware of reports emerging yesterday afternoon regarding armed militias and known hate groups that are attempting to travel and disrupt the Inauguration."

🚨 #BREAKING: Airbnb to BLOCK and CANCEL all reservations during Inauguration week in DC.

“We are aware of reports emerging yesterday afternoon regarding armed militias and known hate groups that are attempting to travel and disrupt the Inauguration.”@wusa9 pic.twitter.com/mo0qgtyJbu

The decision did not come as a surprise for Lara Hawketts of Home Sweet City, a short term rental management company in the District. Prior to Wednesday, about half of her 56 property owners already agreed to shut down reservations next week. The other half may have not the luxury to lose out on the money amid an ongoing pandemic.

"There are some that just absolutely do not want to have anybody in their property at the risk of it being the wrong type of person," she said. "I would rather be safe and I would rather be part of trying to prevent anything from happening but we are representing these owners at the end of the day."

Lara Hawketts owns a short term rental management company called Home Sweet City. As you might imagine she’s been fielding calls and messages after @Airbnb announced canceling reservations in DC during Inauguration week. Already half of her clients were on board. @wusa9 pic.twitter.com/okYmFUHuOI

The cancellations would also affect anyone looking to come to D.C. for a reason outside of the Inauguration.

Citizens such as DeAndre Walker said while he feels comforted, he still has doubts. He said he watched up to 20 suspected rioters come in and out of an Airbnb located across the street from his home on Northeast.

"When I saw those guys after that whole riot incident, my anxiety spiked high," Walker said.

Several of the rioters already charged in federal court for their roles in the Jan. 6 insurrection at the Capitol came from out of state, including Jake Angeli, a well-known QAnon supporter from Arizona, and Adam Johnson, from Florida, who was seen carrying House Speaker Nancy Pelosi's lectern during the riot. The investigation into the Capitol riot is ongoing.

RELATED: Here's who has been federally charged in the US Capitol riots

RELATED: '2021 version of a wanted poster' | People are using social media to identify those at Capitol riots

"We are continuing our work to ensure hate group members are not part of the Airbnb community," Airbnb wrote Wednesday. "As we’ve learned through media or law enforcement sources the names of individuals confirmed to have been responsible for the violent criminal activity at the United States Capitol on January 6, we’ve investigated whether the named individuals have an account on Airbnb. Through this work, we have identified numerous individuals who are either associated with known hate groups or otherwise involved in the criminal activity at the Capitol Building, and they have been banned from Airbnb’s platform."

Next week's inauguration will be under heavy security, with some 15,000 National Guard troops expected in D.C. ahead of Inauguration Day.

RELATED: National Guard sending up to 15,000 troops to DC ahead of Inauguration Day