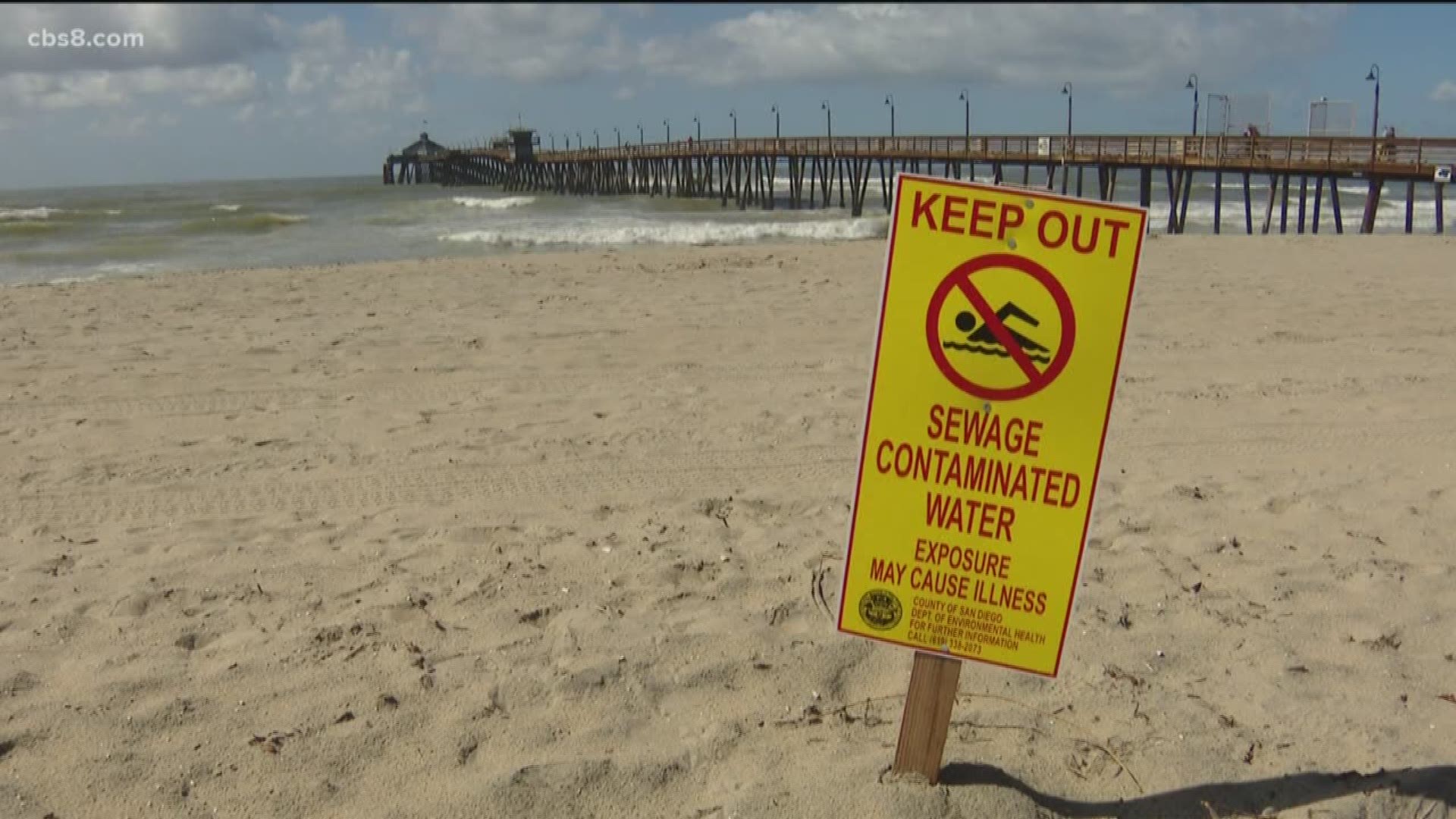 SAN DIEGO — The San Diego Regional Water Quality Control Board are scheduled to meet Wednesday to consider a resolution calling on the federal government to take action to stop cross-border sewage flows in the Tijuana River Valley.

On Tuesday, the San Diego Regional Chamber of Commerce celebrated a deal brokered between congressional Democrats and the White House over the U.S.-Mexico-Canada Agreement trade pact.

"Today marks a significant step towards realizing the full passage and implementation of the USMCA," chamber President and CEO Jerry Sanders said. "As a border region with intertwined economies built on nearly a quarter century of successful free trade, we recognize that ratification of USMCA is vital to strengthening economic prosperity, growing jobs and supporting communities on both sides of the border."

RELATED: What is being done about toxic sewage that routinely closes San Diego beaches

House Democrats are now expected to vote for the deal's ratification and send it to the Republican-controlled Senate.

National and local business leaders have called for the deal's ratification since the three countries agreed to it last year. To date, only the Mexican legislature has ratified the deal. Mexican President Andres Manuel Lopez Obrador said the country would support the amended trade deal and representatives of his government would sign it Tuesday.

The chamber has lobbied for ratification at multiple times throughout the year, including during its annual delegation of local elected officials and business leaders to Washington, D.C., in September. The deal, supporters say, is vital to maintaining cross-border commerce and economic growth, especially if President Donald Trump were to withdraw from the existing North American Free Trade Agreement.

The USMCA would replace NAFTA, which went into effect in 1994 and is blamed by some politicians on both sides of the aisle for hastening outsourcing and the decline of the country's manufacturing industries. Trump, who campaigned on retooling NAFTA, has faced pushback from members of Congress for much of the year for elements of the original deal like tariffs on steel and aluminum and its enforcement provisions.

Trump said the Democrats' support of the deal would be "great for our country."

"America's great USMCA Trade Bill is looking good," he wrote in a Tuesday morning Twitter post. "It will be the best and most important trade deal ever made by the USA. Good for everybody - Farmers, Manufacturers, Energy, Unions - tremendous support. Importantly, we will finally end our Country's worst Trade Deal, NAFTA!"

According to the chamber, trade between Mexico and San Diego has fostered a $2.5 billion supply chain and more than 100,000 jobs. Annual trade between California and Mexico is valued at roughly $73 billion.

"We urge our congressional leaders to vote in support of this agreement and support our region's successful future," Sanders said.

The San Diego Regional Water Quality Control Board is scheduled to meet at 9 a.m.