In the spot, Warren ties the recall effort to “Trump Republicans” saying that they’ve been active across the country attacking election results & the right to vote. 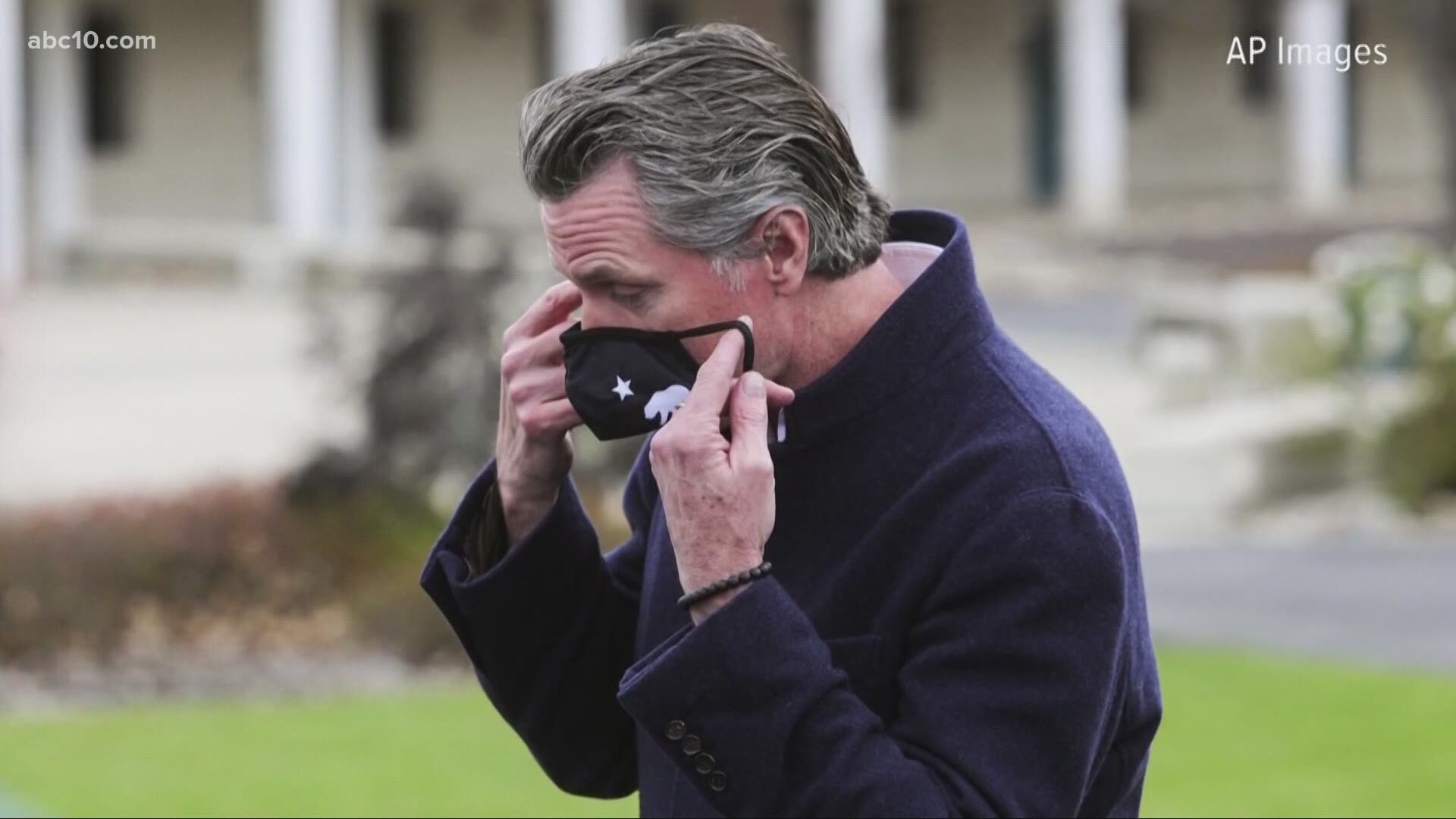 John Cox issued a statement in opposition to the news from the California Department of Public Health (CDPH) recommending residents to mask up again in indoor settings, regardless of vaccination status.

“I strongly oppose Gavin Newsom’s latest mask mandate. It sends the wrong message on vaccinations and reopening our state,” Cox said, in part, in a post to Twitter.

The CDPH issued its recommendation after the Centers for Disease Control and Prevention (CDC) made a similar recommendation earlier in the week. The new CDC guideline is a flip-flop from May when federal officials said fully vaccinated people could ditch masks in most indoor places.

.@GavinNewsom is back at it again, sending the wrong message about the pandemic when only .039% of vaccinated Californians have gotten an infection. This will only increase vaccine hesitancy and harm businesses across this state. pic.twitter.com/wf4PpLdoTj

“Rolling blackout coming. Predicted last summer. What did Newsom do about it? Nothing,” Ose wrote, in part, in a Twitter post on Wednesday.

As a heat wave moves in, CAISO is asking consumers to preserve energy on Wednesday to help alleviate stress on the power grid. Consumers are being asked to limit energy usage from 4 p.m. to 9 p.m.

Rolling blackouts coming. Predicted last summer. What did Newsom do about it? Nothing. Now #California will do “emergency” activity as Newsom waives enviro rules & uses hi polluting temporary generation to fill gap. Totally self inflicted. Enviro justice means nothing to Newsom.

Gov. Gavin Newsom has enlisted the help of Massachusetts Sen. Elizabeth Warren in his latest campaign ad to fight the recall.

In the spot, Warren ties the recall effort to “Trump Republicans” saying that they’ve been “active across the country attacking election results and the right to vote.”

“Now they’re coming to grab power in California – abusing the recall process and costing the taxpayers millions,” she said.

Vote NO on September 14th to stop the Republican Recall. pic.twitter.com/RcG5zQZQYU

Former San Diego Mayor Kevin Faulconer was at the California Department of Water Resources in Fresno County on Wednesday, campaigning on water issues in the state.

“This governor has failed our agricultural community by not providing the water resources that our farmers need, that the Central Valley needs,” he said.

Faulconer said his campaign will provide the infrastructure, the resources, and the political will to help the state’s farmers and agriculture community.

Faulconer said he would be meeting with stakeholders during his trip to Fresno to discuss “increasing the state’s water supply” and releasing a plan to do that.

On July 17, California Secretary of State Shirley Weber released a list of the 41 candidates who qualified to run in the recall election. About 70 candidates initially filed a statement of intent to run with the secretary of state, according to Ballotpedia.

On July 21, Weber signed off on the finalized list of candidates who'll appear on the recall ballot. The number grew to 46 after a judge ruled that candidates should not be required to submit tax forms for a recall election.

The final day for candidates to file paperwork to run in the recall election was July 16.

The final report from the Secretary of State's office, released on June 23, validated 1,719,943 signatures on the recall petition. The recall effort needed 1,495,709 verified signatures to trigger a recall election. Approximately 441,406 signatures were invalidated.

Only 43 people of the more than 1.7 million Californians who signed the recall petition chose to remove their name from the list.

On July 1, Lt. Gov. Eleni Kounalakis finalized the cost of the election at $276 million.

More information on the recall election