Newsom cast the election as a win for his handling of the pandemic and liberal issues. It ensures the nation’s most populous state will remain in Democratic control. 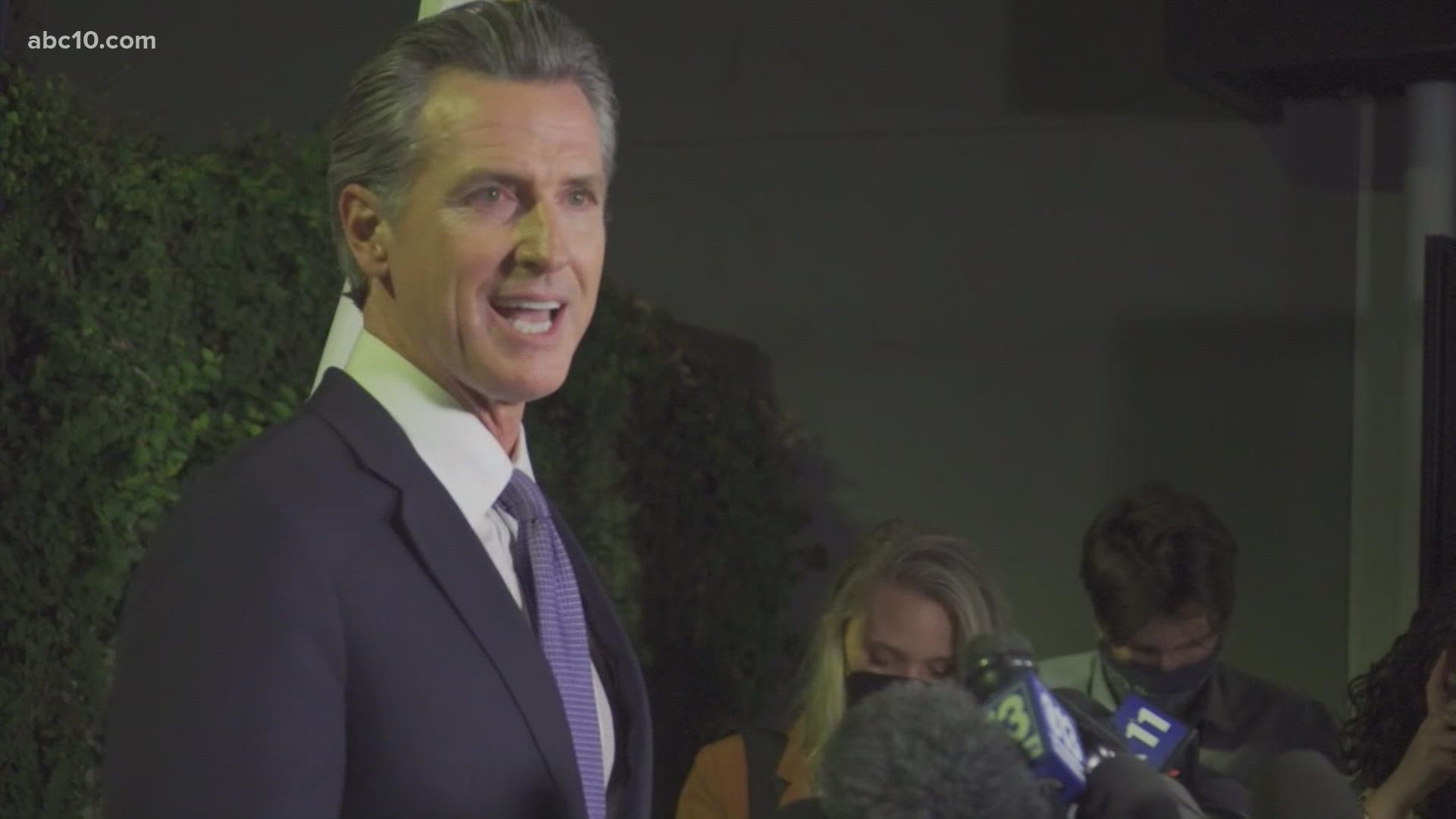 He said what the state and school districts are doing to combat the pandemic is working.

“California today has the lowest case rate of any state in America,” Newsom said. “California has among the lowest positivity rates 3.5% in America, we have among the highest vaccination rates in America over now 82% of all eligible adults have received at least one dose of the vaccine, those things go hand in hand.”

Newsom then spoke about some concerns that parents in the state have about the safety of in-person learning for young children and if parents should send their kids to school.

“This is a safe place to be, plus as kids get fed,” Newsom said. “But perhaps more importantly, anything else, feed their minds but also the social-emotional components that isolation somebody that kids are feeling that disconnection.”

“They matter,” Newsom said. “I care. And I want them to know I'm going to do my best to have their backs as well.”

California Democratic Gov. Gavin Newsom has emphatically defeated a recall aimed at kicking him out of office.

Newsom bolted to a quick victory Tuesday boosted by healthy turnout in the overwhelmingly Democratic state.

He cast it as a win for his handling of the pandemic and liberal issues. It ensures the nation’s most populous state will remain in Democratic control as a laboratory for progressive policies.

Newsom overcame Republican criticism of COVID-19 restrictions that shuttered schools and businesses. The outcome was being watched nationally with the 2022 midterm elections on the horizon, when control of Congress again will be at stake.

A defiant Republican Larry Elder conceded his fight to become California's next governor with a provocative hint about his political future: “Stay tuned.”

Elder then told cheering supporters Tuesday that his side had lost a battle but would win the war. Elder's speech centered on criticism of Newsom, faulting him for rising crime and an unchecked homeless crisis.

Newsom is up for reelection next year, and there's speculation Elder could be in the running again. Elder referred to himself as a “former radio host” and argued that racial divisions in America are wildly overblown.

Few voting issues were reported on the final day of voting in California’s recall election Tuesday. But unsubstantiated reports from GOP party leaders could have hampered Republican turnout in the closely watched contest seeking to oust the Democratic governor.

Republican candidate Larry Elder's campaign had promoted a website insinuating California's election had been compromised by fraud. Newsom defeated the recall on Tuesday, however, and Elder quickly conceded.

Newsom said claims of voter fraud were “a crock.” In a victory speech, he compared democracy to an antique vase that can easily smash if you drop it. He urged voters to be diligent.

Newsom turned back a recall attempt by motivating fellow Democrats who showed little interest during much of the campaign.

Newsom seemed vulnerable earlier this year as frustration over the coronavirus and restrictions that he imposed reached a boiling point.

But he managed to energize Democratic voters and others by warning that the race was close and saying that if a Republican governor was elected, the result would threaten California's progress on abortion rights, climate change and the coronavirus pandemic.