Inside the North Park home that's been in his family for 82 years, Don Madison has hung a few memories. 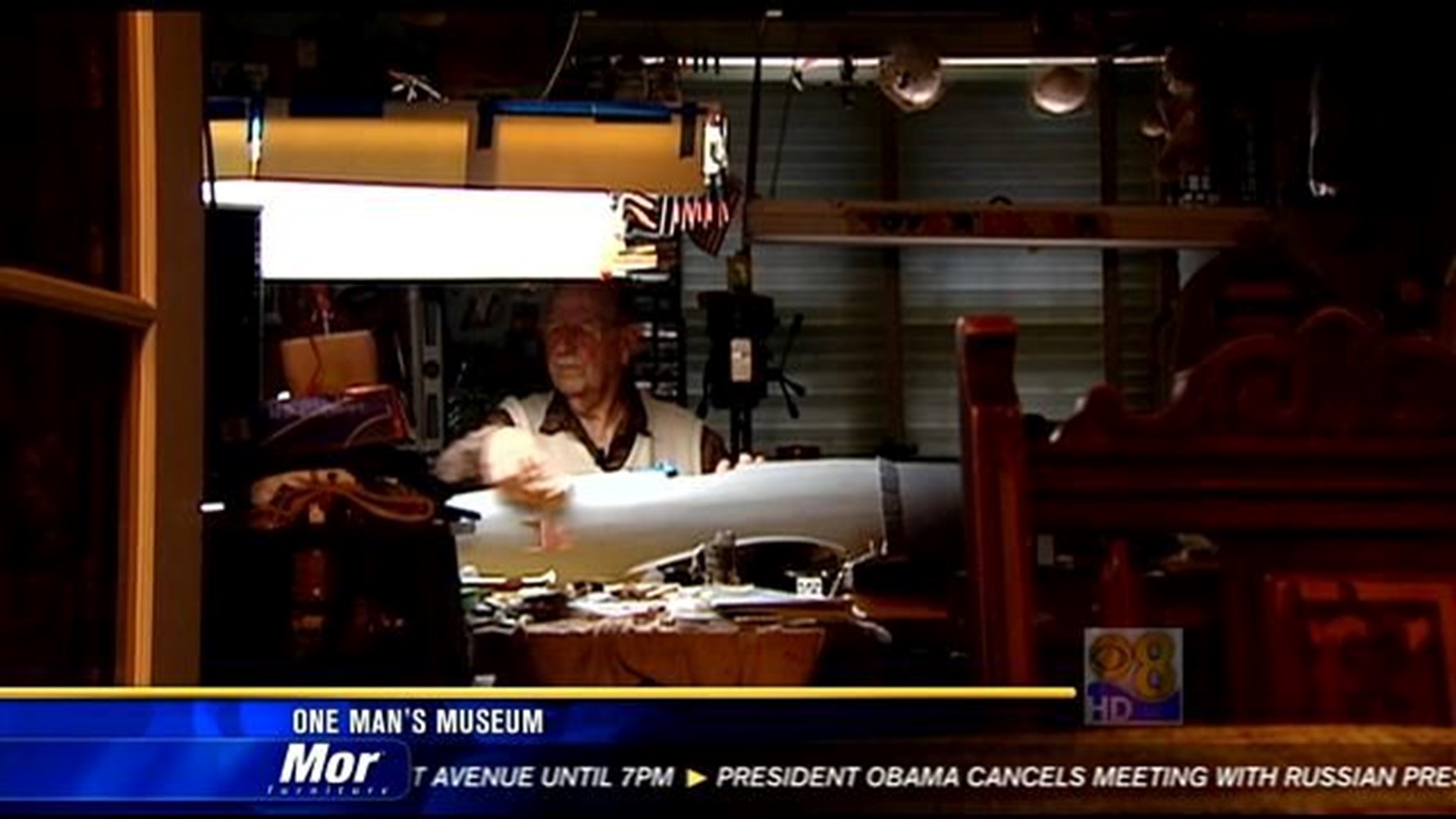 SAN DIEGO (CBS 8) - Inside the North Park home that's been in his family for 82 years, Don Madison has hung a few memories.

"My first one I got when I was 10 years old and it cost 10 cents. And that started me on my career of building them all these years," Don said.

At age 87, Don is still hung up on radio controlled planes, which dangle from the ceiling of every room in his craftsman home, also known as the Madison Museum.

Don's wife passed away in 2004. He keeps her picture outside his workshop for inspiration. And when he gives tours of his collection to couples, he always gets the same reaction.

"When the wife walks in and sees this, first thing she says is, "Your not married are you?" Don joked.

Among all the models, including the ships and tanks that Don has painstakingly constructed, he does have few favorites. The former World War II and Korean War Air Force navigator continues to log hours in his airplane room.

And along with some friends, has just completed his most ambitious project.

"A widow called me and said, "Could you come over and look at my airplanes, stuff my husband had and help me decide what to do with it?" he said.

Over the past 14 years, Don has helped 53 widows get top dollar their late husbands' collections.

"I don't need the money, and it helps them a great deal," he said.

Inside the Madison Museum, the spirit of aviation has melded with a sense of community and turned a model builder into a model citizen.