Two adults and one juvenile are accused of involvement on Saturday.

SAN DIEGO — Three people, including a minor, face potential criminal charges over their actions during a weekend clash between supporters and critics of President Donald Trump in Pacific Beach, authorities reported Monday.

Two adults are expected to be charged with failure to disperse during the opposing demonstrations near Crystal Pier on Saturday afternoon, while the juvenile is accused of assaulting a peace officer, according to San Diego police. The suspects' names were not immediately available.

During the protests, which began about 1 p.m., five officers were assaulted, suffering "slight" injuries, and a window on a business was smashed by an unidentified vandal, Lt. Shawn Takeuchi said.

Investigators will "make every effort to investigate all crimes and identify any person who committed an assault so that justice can be sought for victims," Takeuchi said.

"The department supports our community exercising its right to be heard, and we will always facilitate peaceful protests," the lieutenant said. "However, SDPD will not tolerate violent criminal behavior and will take appropriate actions to stop any violent acts during demonstrations."

About 100 Trump supporters and roughly the same number of counter- protesters clashed at the intersection of Mission Boulevard and Hornblend Street until a growing number of police officers on foot and on bicycles arrived to separate them.

After incidents of violence, including bottles, rocks and eggs thrown at police, the SDPD declared an unlawful assembly about 2:30 p.m. By 3:30 p.m., crowds from both contingents had begun to disperse and leave the area.

This past weekend, we saw violent confrontations and destruction following the outrageous events last Wednesday in #WashingtonDC when the President used lies and disinformation to incite his followers to storm and ransack the Capitol, causing the deaths of five people. (1/4) 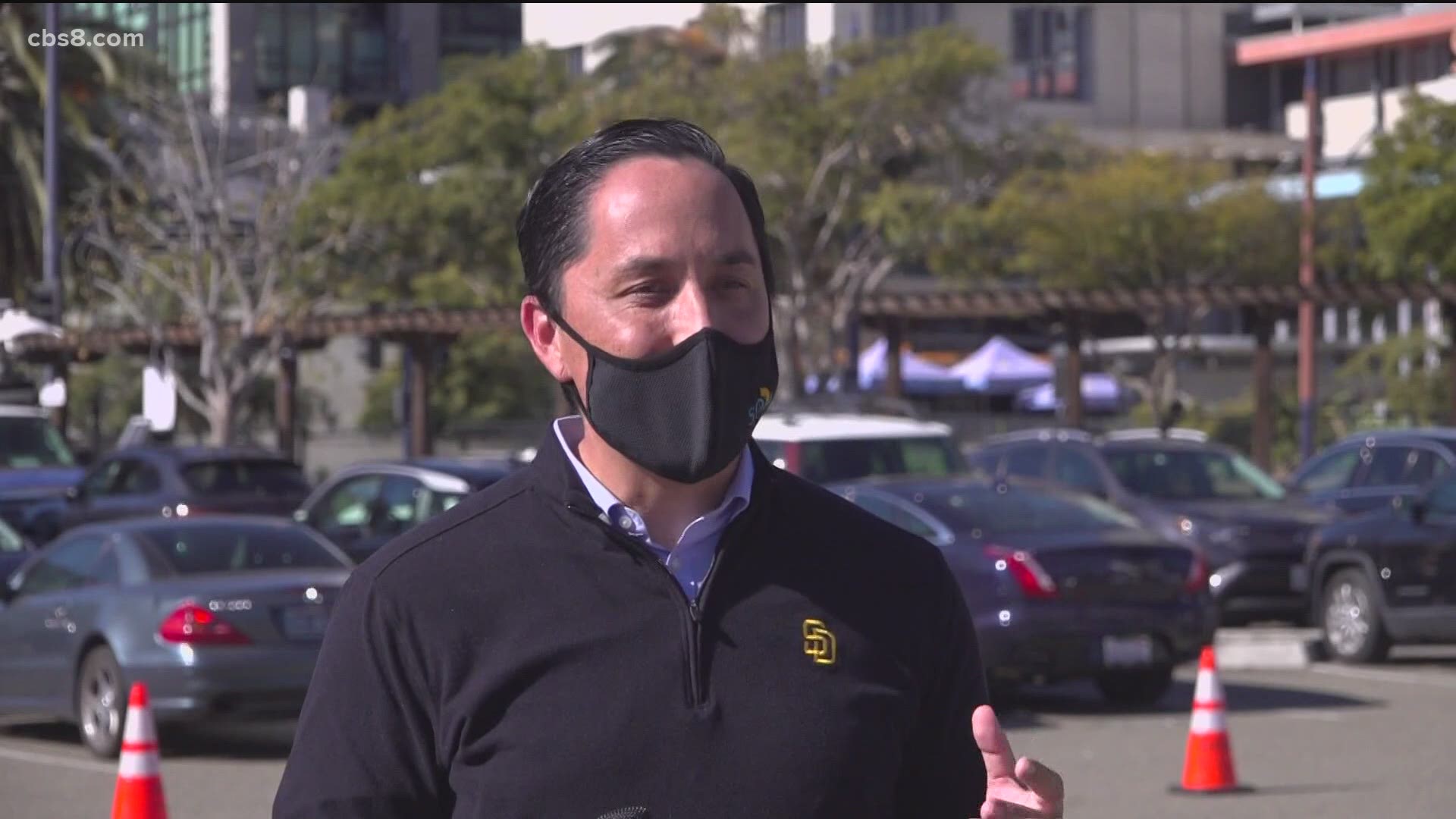