"The moderator did his best, but [President] Trump is a tough character to moderate," said Barry Jagoda, former debate coach for President Jimmy Carter. 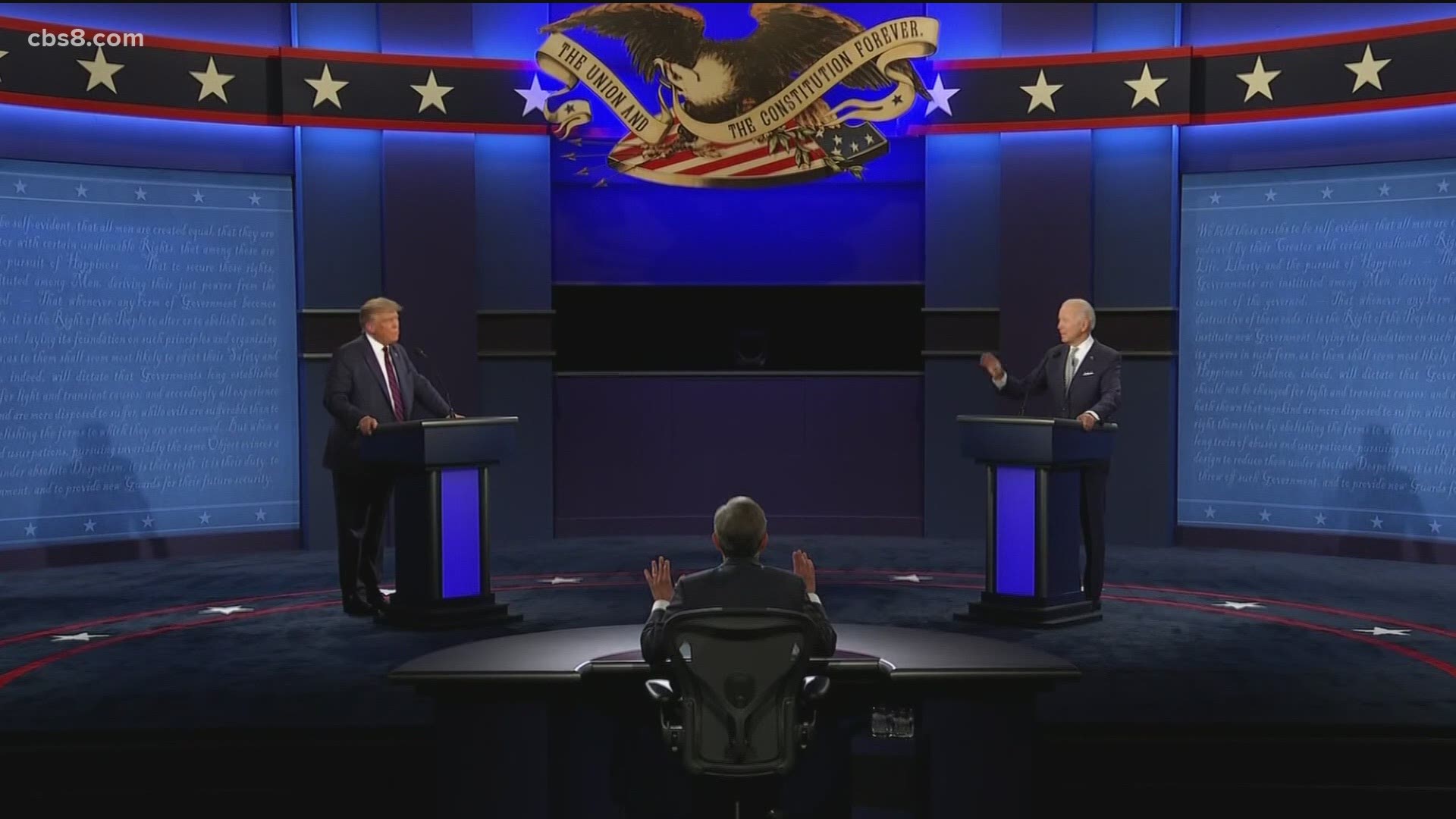 On Wednesday, people were still talking about the first presidential debate that aired Tuesday night. It was marked by chaos, personal insults and constant interruptions. Some called it embarrassing and disgraceful.

It was a debate that was hard to watch.

"I was thinking to myself, 'How do you evaluate a debate like this?'" said Barry Jagoda, the former debate coach for President Jimmy Carter.

The La Jolla resident says it was disturbing how many times the candidates interrupted each other. A CBS News count estimates President Trump interrupted former Vice President Joe Biden more than 70 times.

"I was hoping we would get less hyperbole and more facts, and it turned out we had plenty of hyperbole and not too many facts," said Jagoda.

In his opinion, President Trump's goal should've been to broaden his base and he didn't do that.

He believes says Biden's goal was to keep his cool - which he tried to do - but also missed some opportunities.

"There were a couple of chances when Trump was making comments, which people knew were not true, and Biden could've jumped in on that," said Jagoda.

There are two more presidential debates scheduled. Some analysts have raised the question of muting candidate's mics.

"I think getting into that area is very dangerous," said Jagoda. "That means the moderator is playing more of a heavy hand than the moderator should."

Others have suggested even canceling the debates.

Jagoda says fundraising can be an indication of who won last night. While Biden's campaign says it raised more than $3.8 million in an hour, Trump's campaign also claimed victory, though it hasn't disclosed how much it raised.