In just weeks Californians will decide whether to legalize marijuana for recreational use - it's a hot issue that has sparked a fierce debate. 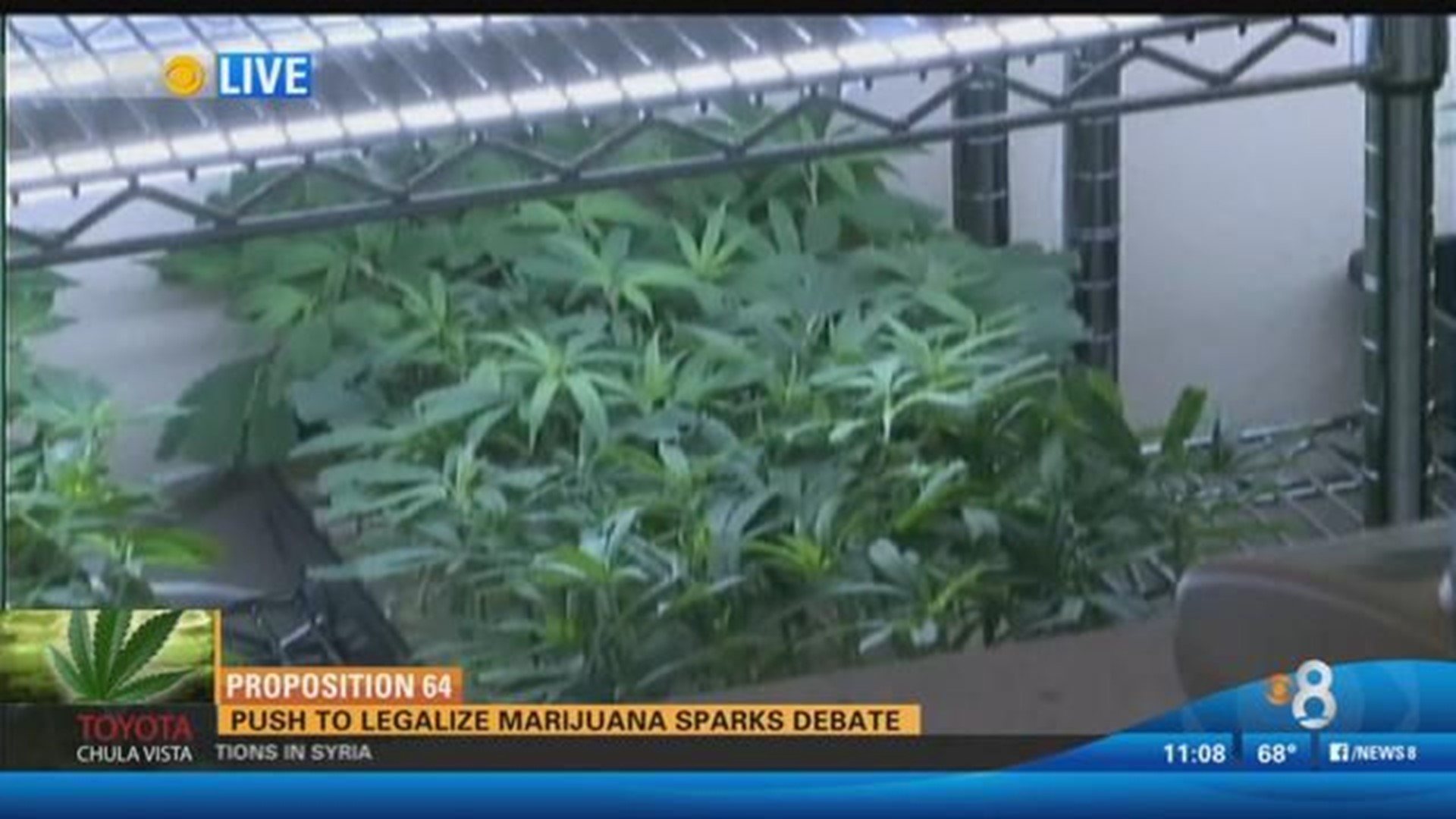 SAN DIEGO (CBS 8) - In just weeks Californians will decide whether to legalize marijuana for recreational use - it's a hot issue that has sparked a fierce debate.

Supporters of Prop 64 said it would bring in an estimated one-billion-dollars of revenue annually, but vehement critics like County Supervisor Dianne Jacob question that.

Prop 64 would allow adults 21-years of age or older to legally grow, possess, and use marijuana for nonmedical purposes, with certain restrictions.

According to supporters, the state would regulate nonmedical marijuana businesses and tax the growing and selling of medical and nonmedical marijuana. Also, the revenue from such taxes would support youth programs, environmental protection, and law enforcement.

Opponents counter the proposition said it would endanger the most vulnerable and youngest Californians.

Supporters claim Prop 64 would create a safe, legal system for adult use of marijuana, and the revenue would be used towards afterschool programs, job training, drug treatment, and cracking down on impaired driving.

Those who oppose Prop 64 said the measure purposely omits DUI standard to keep marijuana-impaired drivers off our highways.

Those who oppose Prop 64 include the California Association of Highway Patrolmen and Senator Dianne Feinstein.

A recent poll conducted by The Los Angeles Times found that at this point 58-percent of California voters are in favor of Proposition 64.