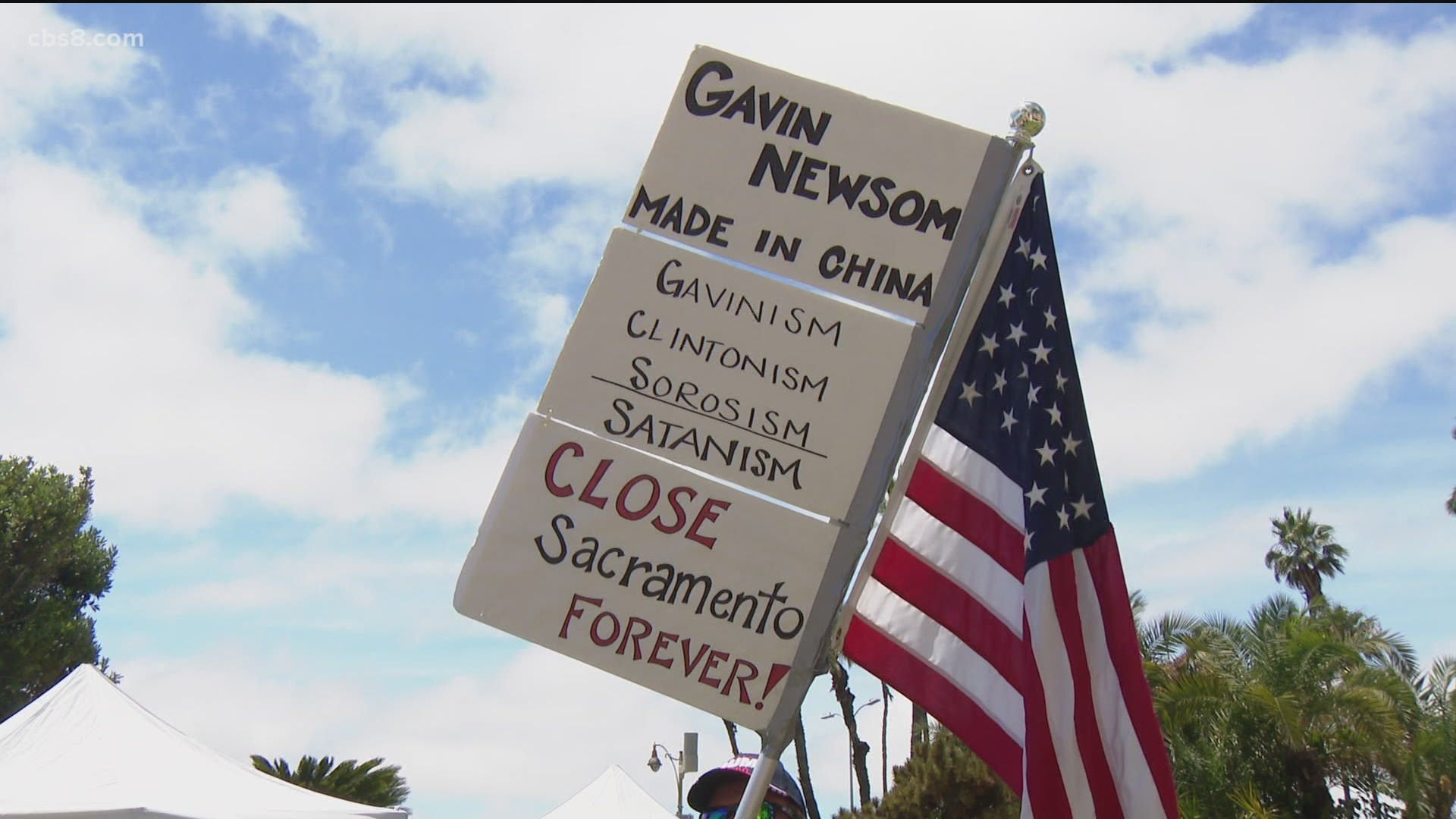 SAN DIEGO — Organizers of an effort to recall Governor Gavin Newsom said they have momentum on their side. They need about 1.5 million signatures to be successful and they think they'll cross that threshold well before their March 17 deadline.

It's not the first recall effort against Newsom, but it's definitely the most successful so far.

“We are picking up so much momentum,” said North County resident Kitty Nelvin. "I mean we're getting, gosh, it seems like almost 100,000 signatures a week.”

Melvin said the recall effort has about 1.3 million signatures. They're hoping to get around 2 million just to be sure they have enough valid signatures to be successful.

“He is a tyrant,” Melvin said. “What he is doing is purposeful. He's a hypocrite.”

Recall supporters said the California governor has mismanaged the pandemic and point to him being spotted eating indoors at a fancy restaurant - after telling everyone else not to do that very same thing. Political analysts agree it was a huge misstep.

Credit: CallMatters
Gov. Gavin Newsom presents the 2020-21 state budget at a press conference at the California Capitol on January 10, 2020. Photo by Anne Wernikoff for CalMatters

“When you attend an indoor gathering at the most expensive restaurant in California, it really signals that you might not be in touch with day-to-day Californians' needs,” said News 8 Political Analyst Laura Fink.

But Fink said Newsom's overall approval rating is still high, so she's not convinced the recall effort will be successful. That said, she's not surprised former San Diego Mayor Kevin Faulconer has launched an exploratory committee to run if there is a special election. Faulconer initially won his seats on the city council and the mayor's office in special elections where his predecessor was forced out of office.

“Kevin Faulconer has built a career sailing into lucky and fortuitous circumstances for his political career,” Fink said.

So will Faulconer win a special election 3-peat?  Fink said a Republican running for governor in California has a better chance in a special election, where turnout is much lower, but he doesn't have statewide name recognition and other candidates will have a lot more money.

“He's going to have to claw his way through a field of multiple candidates, which puts him at a disadvantage," said Fink.

Thank you to the thousands of dedicated volunteers, of all backgrounds and political affiliations, who have built the Recall movement one signature at a time. You are making history.

We need a governor who says that jobs are important and we want businesses to stay in California.https://t.co/z9SMxx2SGu