The amendments would require developers to increase the portion of a development's units that are kept affordable for people earning a certain percentage. 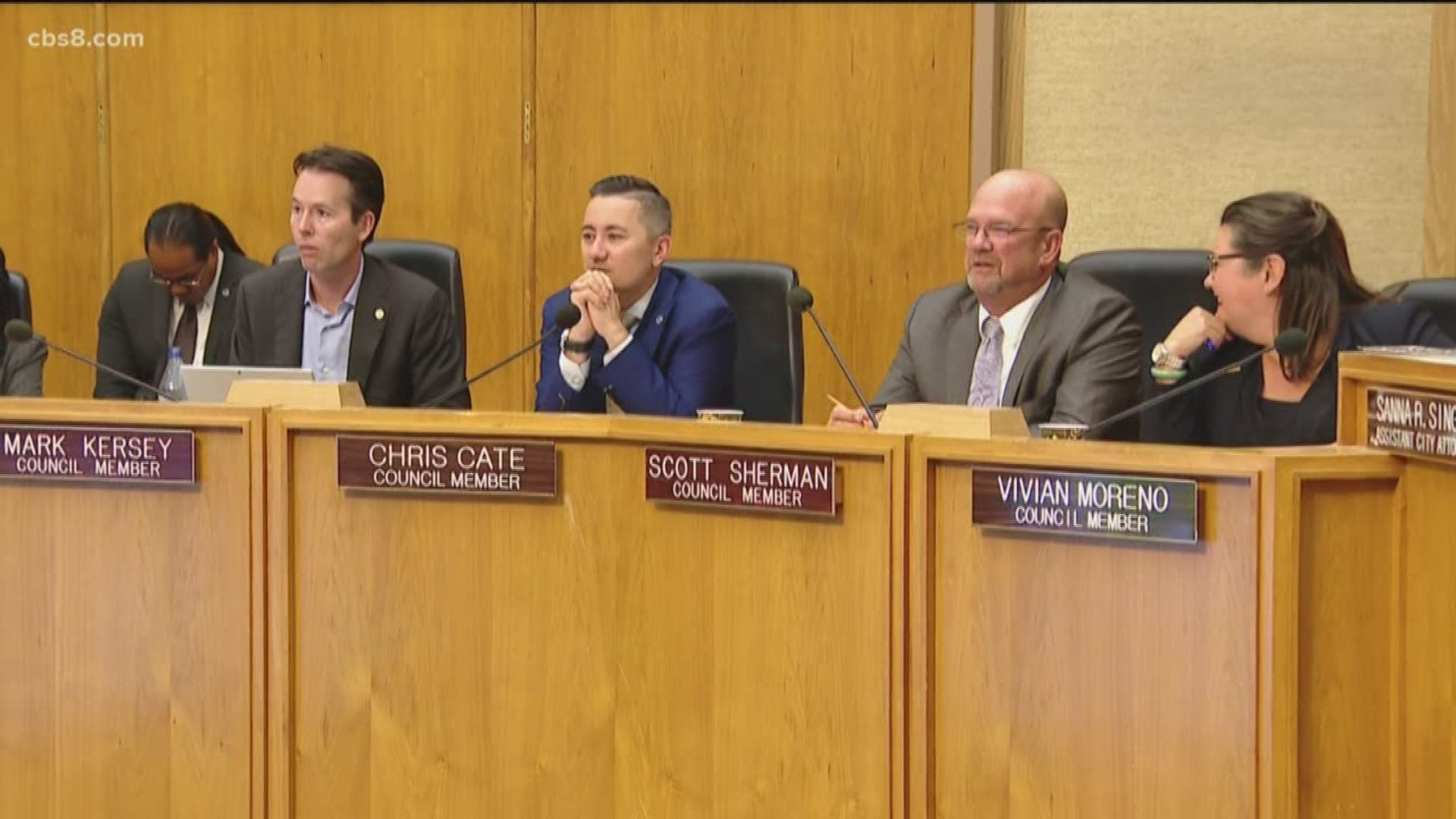 SAN DIEGO — The San Diego City Council tentatively approved a controversial set of amendments to the city's inclusionary housing regulations Tuesday in an effort to increase housing development for low- and moderate-income families.

The council voted 5-4 in favor of amendments that would require developers to increase the portion of a development's units that are kept affordable for people earning a certain percentage of San Diego County's area median income. The proposal would go into effect July 1, 2020.

The city has similar rules in place, but developers can pay a $12.73 "in-lieu" fee per square foot to avoid offering units below market rate or to families who make less than the area median income. The proposal would also offer incentives for building affordable housing on-site and the in-lieu fee would increase to $22 per square foot by the start of fiscal year 2023.

The proposal has been a keystone issue for City Councilwoman Georgette Gomez, the council's president, who has argued that city officials have sidestepped making changes to the inclusionary housing regulations for political reasons despite a citywide push to increase the local housing supply.

Gomez first floated the proposal in 2017 but lacked the council president's power to docket items before last December, when the council unanimously appointed her to the position.

"I will continue to work on this issue because, as some of you stated, this is not going to solve the issue related to the housing crisis. I get that," Gomez said. "This is just one small piece but we must move forward and I do believe this is a solution to an issue that is in front of us."

The city's justification for the amendments are based on a study by the consulting group Keyser Marston Associates, which found that the ordinance would be economically feasible due to its three-year phase-in and incentives for development like the elimination of the city's development impact fee on affordable housing units that are built on-site.

A separate study completed by economists at Point Loma Nazarine University found the opposite to be true and that the ordinance would decrease housing units built annually by about 5% and increase home prices 2.5% and rents 3%.

"In terms of trade-offs, if I could show you that there would be a significant increase in affordable units, it might make a lot of sense," said PLNU economist Lynn Reaser. "But unfortunately, we're talking about just a really small number, about 73 more affordable units being built each year than under current policy."

The inclusionary housing proposal has drawn a raucous reaction from local housing developers and business leaders, both of whom argue that the stricter regulations will cause rents to spike and developers to flee San Diego County for areas with more favorable regulations like San Antonio, Texas. Such an exodus, they argue, would lead to less affordable housing, not more.

Opponents also argued the city's housing growth in the neighborhood of Grantville should be the city's model. The result of upzoning incentives in the neighborhood's community plan, roughly 2,000 units have been built in Grantville over the last three years, a quarter of which are affordable according to San Diego Building Industry Association Vice President Matthew Adams.

City Councilwoman Monica Montgomery said she was sympathetic to the effect the ordinance may have on housing developers, but the purpose of the ordinance is to ensure that San Diego is inclusionary, as its title states.

Although the council approved the amendment ordinance, its ratification requires a second vote and the mayor's signature. Given that reality, the ordinance is something of a stress test for Mayor Kevin Faulconer's commitment to increasing housing availability and affordability.

Faulconer declared himself the city's first "YIMBY" mayor during his State of the City address in January and has since proposed policies like eliminating building height limits, authorizing unlimited housing density and eliminating parking requirements for new housing developments built near transit, an ordinance the council approved 8-1 in March.

Because the council needs six votes to overrule a mayoral veto, Faulconer could scuttle the amendments, a move City Council members Scott Sherman and Chris Cate endorsed in separate statements after the council's vote. Sherman argued the amendments would raise rents by $100 per month and more than $1,000 per year.

"San Diegans cannot afford an extra $1,000 a year to pay their already high rent," Sherman said. "Mayor Faulconer must do the right thing and veto this bad policy."

The second vote is likely to come after the council's summer recess, which ends Sept. 9. Faulconer's office has not indicated where he stands on the issue.