The council will need to vote to officially place the amendment on the November ballot at its July 7 meeting. 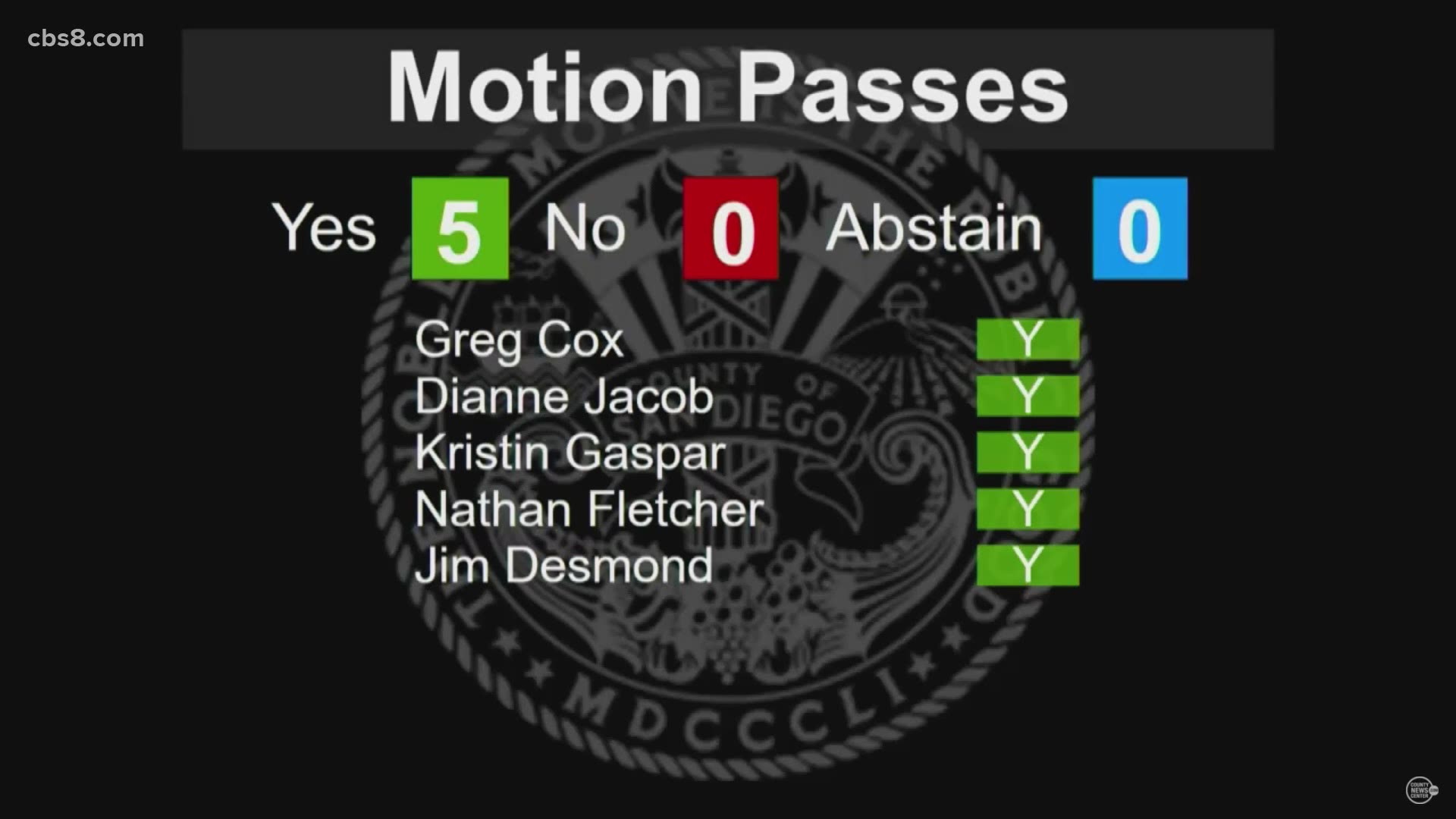 SAN DIEGO — The San Diego City Council voted unanimously Tuesday to approve two resolutions moving the city closer to placing the establishment of an independent Commission on Police Practices on the November ballot.

The resolutions include one to ratify an agreement between the city and the Police Officers Association allowing the dissolution of the Community Review Board on Police Practices, which would be replaced by the commission. The other resolution declares the city council's intent to place the amendment on the ballot. The council will need to vote to officially place the amendment on the November ballot at its July 7 meeting.

"It's time to shift power to the hands of the community," Councilwoman Monica Montgomery said. "Stay engaged."

The proposed commission would not investigate if the person filing a complaint does not want it to, if there is no specific action to investigate or if no specific police officer is named in the complaint.

"If police officers know they are accountable for their actions, then the culture of policing will begin to change," Councilwoman Vivian Moreno said.

Despite the timing amid nearly a month of protests following the in- custody death of George Floyd in Minneapolis on Memorial Day, the commission was first proposed on June 21, 2019 by Andrea St. Julian on behalf of Women Occupy San Diego.

Since then, the proposal worked its way through various council committees and past five of the city's six recognized employee organizations. The last hurdle before Tuesday's vote was negotiating with the Police Officers Association, which met with city staff four times before the city declared an impasse related to a disagreement over compliance with the Public Safety Officers Procedural Bill of Rights.

"I don't view this as an anti-police measure, rather a pro-community measure," Council President Pro Tem Barbara Bry said.

She said "it isn't the full answer regarding disparate treatment from law enforcement" related to race, but it was a good start.

More than 50 members of the public called in to support the proposed charter amendment, including St. Julian.

"I'm nearly speechless from the comments today," she said. "The depth and quality of comments on this proposed charter amendment have been overwhelming."

St. Julian, president of the Earl B. Gilliam Bar Association -- an organization "advancing the political, economic, educational, social, legislative and legal interests of the African-American community in San Diego County" -- was instrumental in getting the amendment in front of the council.

"This is a meaningful step," said Chelsey Birgisdottir, representative for the ACLU of San Diego and Imperial counties. "The next step will be to reduce (police) presence in our community going forward."

Councilmember Chris Ward was pleased the resolutions were moving forward, but also said placing the commission on the ballot would just be one part of a larger reform.

"This leaves us with a lot of structural issues to work on, and we will," he said. "But we have moved forward in a good faith process. This is a strong measure for the voters."