With Vice President Mike Pence not invoking the 25th amendment to remove President Trump from office, the house will vote to impeach the president. 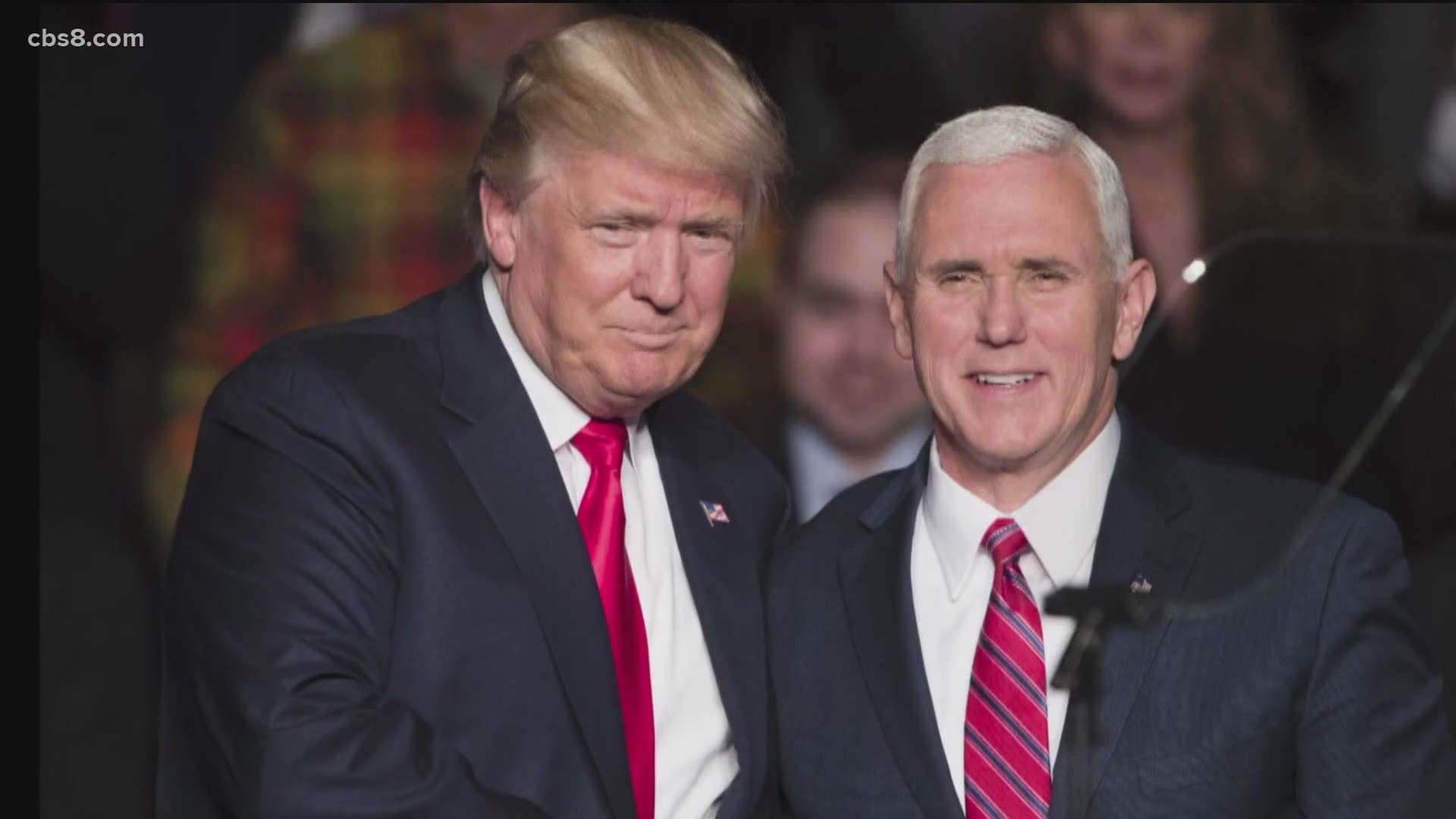 SAN DIEGO — Having just arrived back at the nation’s capital, Congressman Mike Levin said security precautions have been significantly ramped up, but he's not backing down on his position of wanting President Trump to be held accountable for the deadly riots.

"Even with what we saw today, his callous indifference to what happened and his denial that he said anything wrong,” said Rep. Mike Levin, (D-CA) 49th District.

On a visit to the border wall in Alamo, Texas, President Trump continued to sound off House Democrats as lawmakers considered two measures that call for his removal from office.

"The impeachment hoax is a continuation of the greatest and most vicious witch hunt in the history of our country,” Trump said.

The impeachment vote will be on charges of inciting last week's deadly raid on the Capitol.

"We believe in the rule of law, not violence or rioting," Trump said.

We return to the Capitol tonight to demand the Vice President invoke the 25th Amendment.

If he fails to act, tomorrow we will impeach.

These halls of history were attacked and desecrated by a terrorist mob incited by the President.

Make no mistake, democracy will prevail.

While on Capitol Hill, house lawmakers called upon Vice President Mike Pence to invoke the 25th amendment to remove the president from office, but Pence did not.

The FBI is warning of armed protests planned at all 50 state Capitols leading up to the inauguration of President-elect Joe Biden. The warning came as the acting Homeland Security Secretary Chad Wolf steps down.

"The resignation of the homeland security secretary nine days before a national security special event he himself is responsible for is both disgraceful and irresponsible,” said Fran Townsend, CBS News Senior National Security Analyst.

About 10,000 National Guard troops are already in D.C. or on their way, and that number could go up to 15,000. The Washington Monument has been closed, and the park service said it may shut down other public areas in the coming days. There is a 7-foot non-scalable fence as one of the new security measures surrounding the U.S. Capitol.

Congressman Mike Levin said he is voting to have Trump impeached since the 25th amendment was not invoked. The impeachment will also decide if the president can hold a federal office again in the future.

“Regardless of how many days are left in his term, he incited an insurrection against Congress and supporters of his attempted to kill or kidnap members of Congress. We got to do all we can to hold them all accountable, for those who want healing, I want healing as well, but there is no true healing without accountability,” Levin said.

We condemn the violence that took place here in the strongest possible terms. We grieve the loss of life in these hallowed halls, as well as the injuries suffered by those who defended our Capitol today.