The ordinance is compliant with state law, which require guns manufactured, transferred or sold in California to have an accompanying safety device. 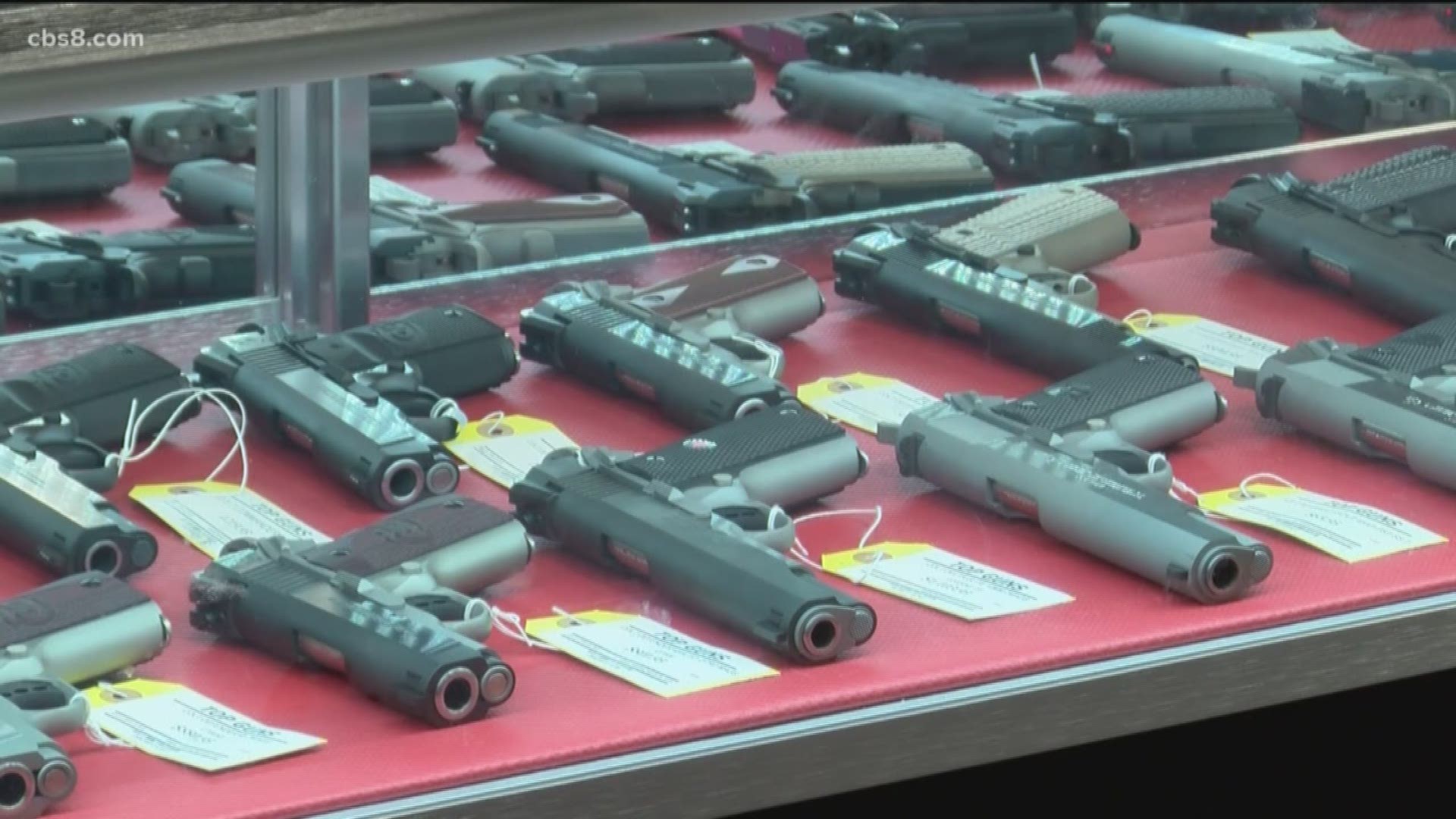 SAN DIEGO — The San Diego City Council's Public Safety and Livable Neighborhoods Committee voted 2-1 Wednesday to send a proposed ordinance, which would require gun owners to store guns in a locked container or disable them with a trigger lock when not in use, to the full council without a recommendation.

City Attorney Mara Elliott proposed the ordinance Tuesday, calling it a common-sense effort to reduce accidental shootings, children's access to guns and suicides. According to Elliott, roughly 4.6 million children in the U.S. live in a home with a loaded and unsecured gun.

Wendy Wheatcroft, the founder of San Diegans for Gun Violence Prevention, framed the proposal as one way to reduce suicide among military veterans. San Diego led the state in veterans suicides in 2017, according to Wheatcroft.

"We know that in a time of crisis, when a gun is used in a suicide, there are almost always no second chances," Wheatcroft said. "In all other incidents of suicide, there's often a chance for redemption and healing. ... Properly stored firearms will reduce suicide by preventing access to firearms by vets who are in a moment of crisis."

The proposed ordinance is compliant with state law, Elliott said, which requires guns manufactured, transferred or sold in California to have an accompanying safety device approved by the state Department of Justice's Bureau of Firearms. The measure, according to the city attorney's office, would help local law enforcement ensure that residents are following state law.

Opponents argued the ordinance would be an infringement on many gun owners, particularly those without children living in their homes. Under current state law, gun owners are required to keep guns in a secure container or disabled with a device like a trigger lock only if they live with a person who can't legally have a gun under state or federal law.

The proposal's opponents also suggested it is nigh impossible to enforce because Elliott said local law enforcement officers will not be allowed to wantonly search homes for unsecured guns, which would be a violation of the Fourth Amendment.

City Councilman Chris Cate, the only member of the committee to vote against the proposal, agreed that it is overreaching, unnecessary and difficult to enforce.

"I cannot support this specific proposal because every individual's circumstances are different," Cate said. "Whether it's a single adult or a senior couple, each may have their own reasons for needing to keep a firearm readily available so that they can access it quickly for self defense."

The 2-1 vote, with City Councilwoman Monica Montgomery absent, required the committee to send the proposal to the full council with no recommendation, allowing the council to make changes should they feel a need to do so. The committee did not announce a timeframe for when the council could consider the proposal.