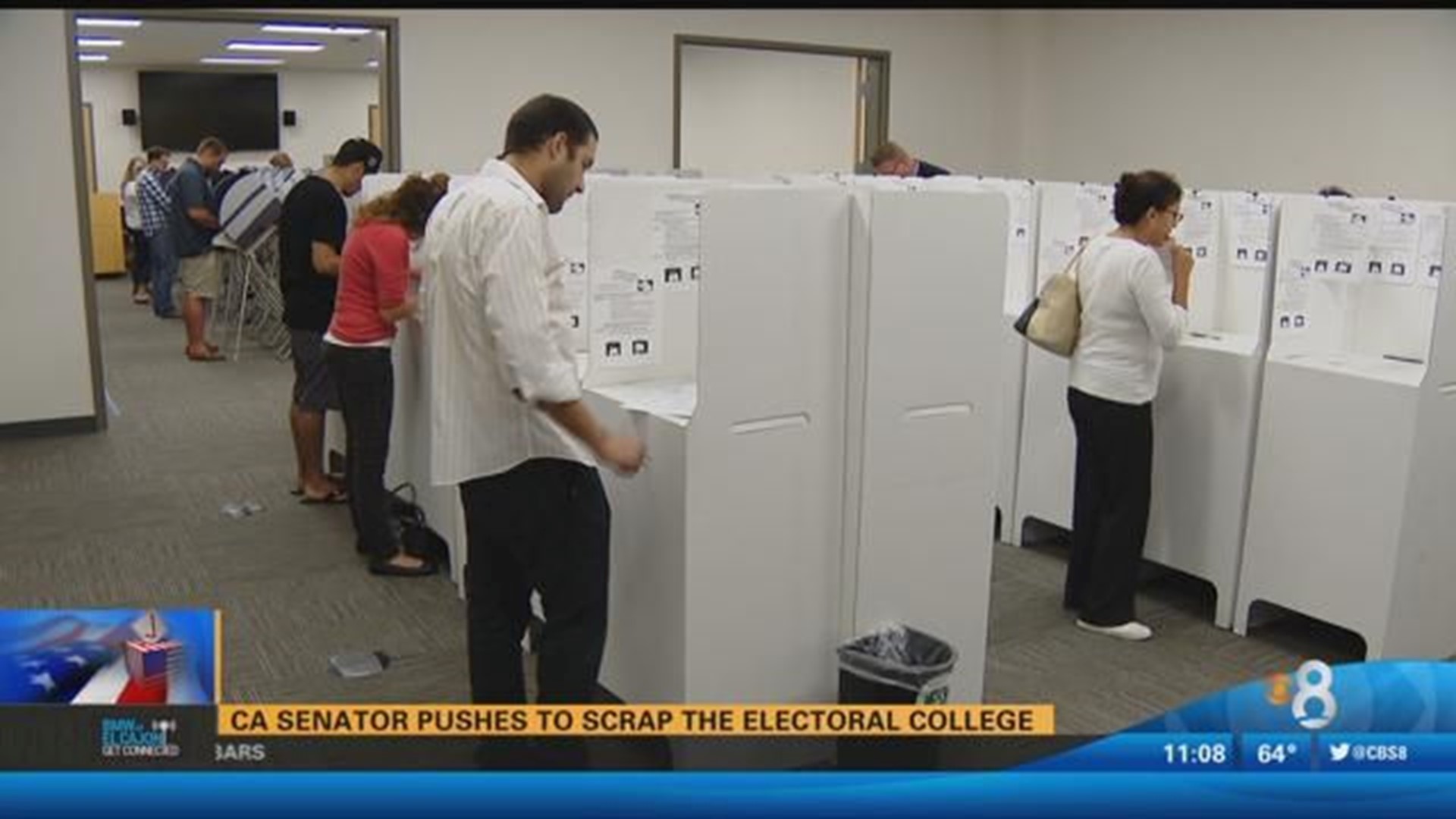 The legislation introduced by Senator Boxer on Tuesday calls for a constitutional amendment that would abolish the Electoral College vote, and instead, have presidential elections be decided by the popular vote.

"In my lifetime, I have seen two elections where the winner of the general election did not win the popular vote. The Electoral College is an outdated, undemocratic system that does not reflect our modern society, and it needs to change immediately. Every American should be guaranteed that their vote counts," said Senator Boxer.

During his interview on 60 Minutes on Sunday, Trump said his views on the Electoral College haven't changed. "You know, I'm not going to change my mind just because I won. But I would rather see it where you went with simple votes. You know, you get 100 million votes and somebody else gets 90 million votes and you win," he said.

Trump later tweeted that the Electoral College is "actually genius."

The amendment would first require two-thirds passage in the House of Representatives and the Senate. Then it would need to be ratified by three-fourths of the states within seven years after its passage in the U.S. Congress.