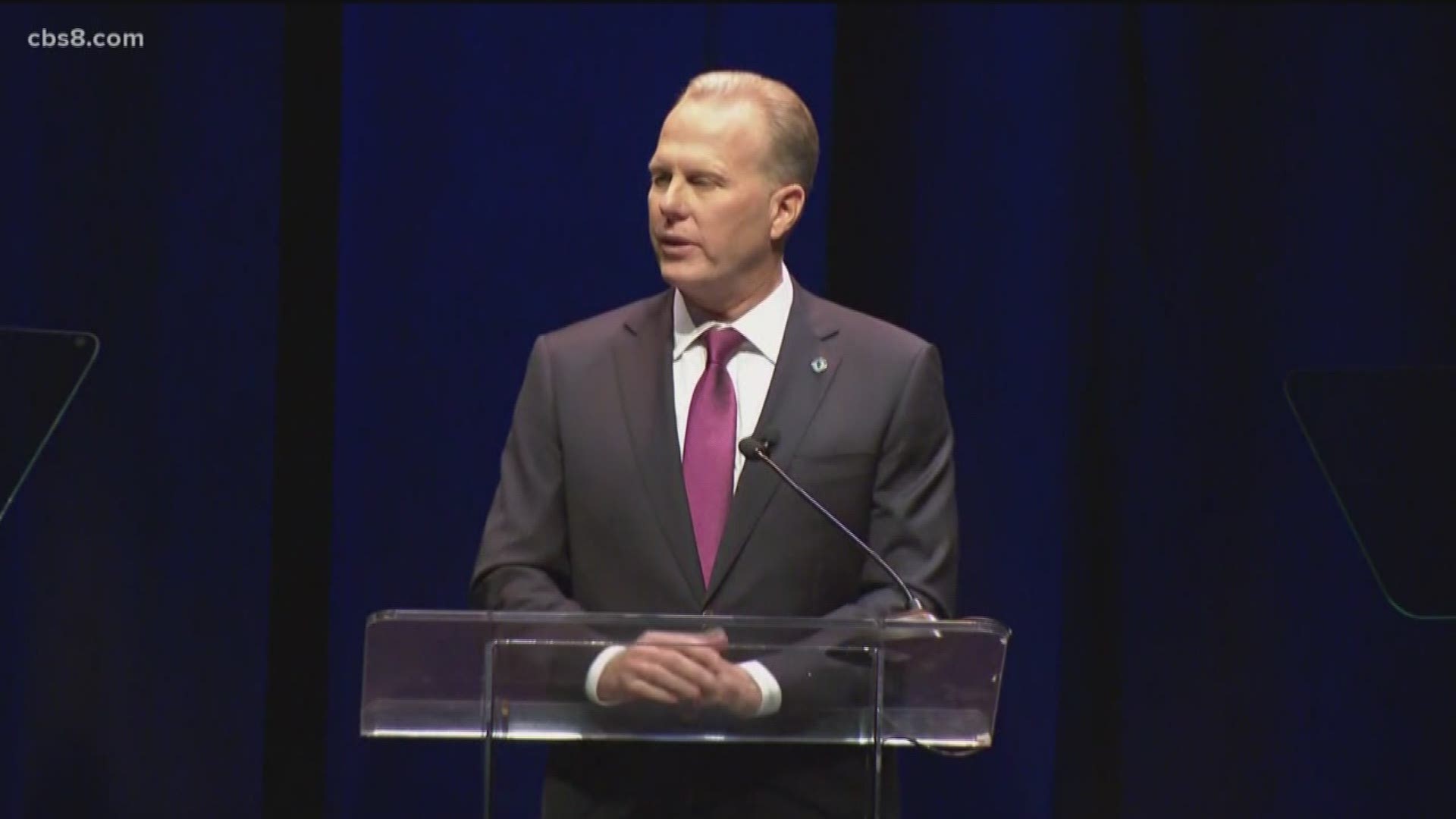 SAN DIEGO — Mayor Kevin Faulconer gave his final State of the City address to San Diegans on Wednesday, Jan. 15 at 6 p.m. He touched on topics like housing affordability and homelessness.

Mayor Faulconer said he would be working in 2020 and beyond to reform state laws that have eliminated cities' ability to effectively respond to the homelessness crisis. He said reforms are needed to ensure our state's laws fulfill their intended purpose: rehabilitate lives and keep neighborhood safe.

Governor Gavin Newsom recently said he wants cities across the state to build 150,000 affordable units, but Faulconer said state housing reforms are not everything.

“The are homeless because they are losing their fight with mental illness or addiction,” he said.

The mayor announced a plan to deploy mental health teams to the city’s homeless shelters and to build a new bridge shelter for mental health resources.

Faulconer also highlighted his work, as a video played, of his time as mayor from the way he handled the hepatitis A outbreak in 2017 to the tents he removed on city sidewalks.

Demonstrators outside the downtown theater, however, chanted for change.

Faulconer has been San Diego's mayor since 2014 and is now term-limited.