Thursday's 7-2 ruling was seen as a victory for the Trump Administration, coming one week after the Supreme Court's decision upholding DACA. 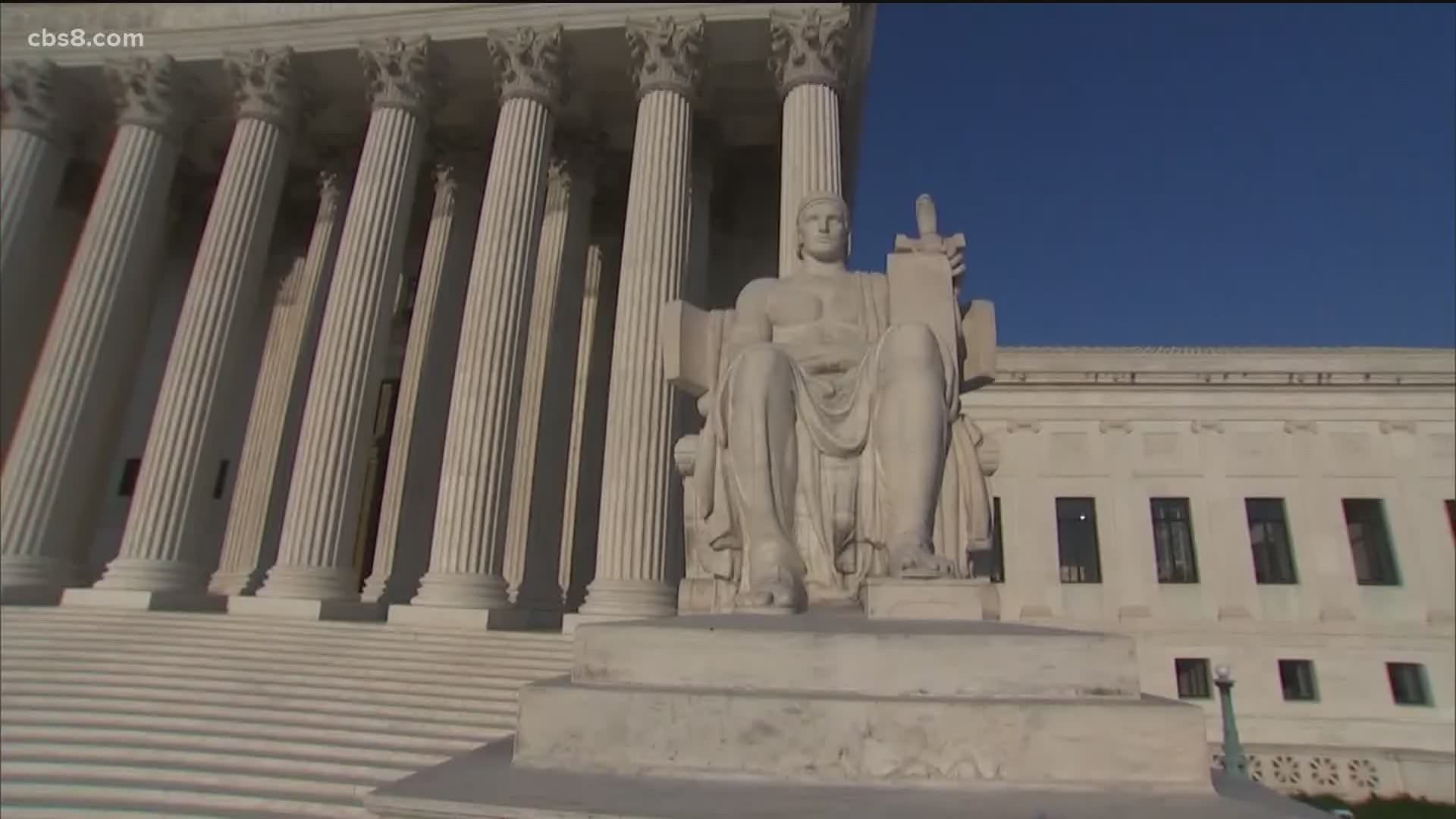 SAN DIEGO — The Supreme Court Thursday issued a major blow to thousands of asylum seekers, ruling that they are not entitled to a federal hearing if their claims are not initially considered valid.

After last week's Supreme Court decision on DACA, which was seen as a loss for the Trump administration, this week's 7-to-2 ruling was a victory, giving a green light to expedite the removal of those individuals seeking asylum if their initial claims are determined not to have merit

The court ruled that, even if asylum seekers claim that they fear for their lives in their homeland, they are not entitled to a hearing in federal court before quick removal from the U.S. if they fail to prove their claim.

Justice Samuel Alito wrote in his 36-page opinion that this process is "for weeding out patently meritless claims and expeditiously removing the aliens making such claims from the country."

Alito also stated that in the past five years, three quarters of all asylum seekers passed their initial screenings and qualified for a full-scale federal hearing.

The Justice Department called Thursday's decision "an important victory for enforcement of the immigration laws," adding that it "allows the Trump administration to continue to defend our borders, uphold the rule of law and keep Americans safe."

"It's a very, very sad day," said San Diego-based immigration rights activist Enrique Morones, executive director of Gente Unida. "They are getting sent back almost immediately without being able to have their day in court."

Credit: AP
In this June 12, 2020 photo, Joella Roberts, 22, of Washington, who is a recipient of the Deferred Action for Childhood Arrivals (DACA) program and is originally from Trinidad and Tobago, leads a protest near the White House in Washington, over the death of George Floyd, a black man who was in police custody in Minneapolis. On Thursday, June 18, The U.S. Supreme Court has kept alive the Obama-era program that allows immigrants brought here as children to work and protects them from deportation. (AP Photo/Jacquelyn Martin)

Morones said that, in most cases, those seeking asylum are fleeing persecution in their home countries. That was the situation with the Sri Lankan man at the center of this court case, who claimed, as a member of an ethnic minority in Sri Lanka, he would be harmed or killed if he returned home.

"Their life is in jeopardy and instead of protecting those people, they are being  sent back to sure death, including children," Morones added,

In her dissent to the majority opinion, Justice Sonia Sotomayor wrote, "Today's decision handcuffs the judiciary's ability to perform its constitutional duty to safeguard individual liberty."

This ruling will most likely not have an immediate impact because currently, the vast majority of asylum seekers are barred from entering the United States due to new coronavirus border restrictions.