Texas Sen. Ted Cruz is scheduled to hold a rally in San Diego on behalf of his campaign for the Republican presidential nomination Monday night, 57 days before the June 7 California primary. 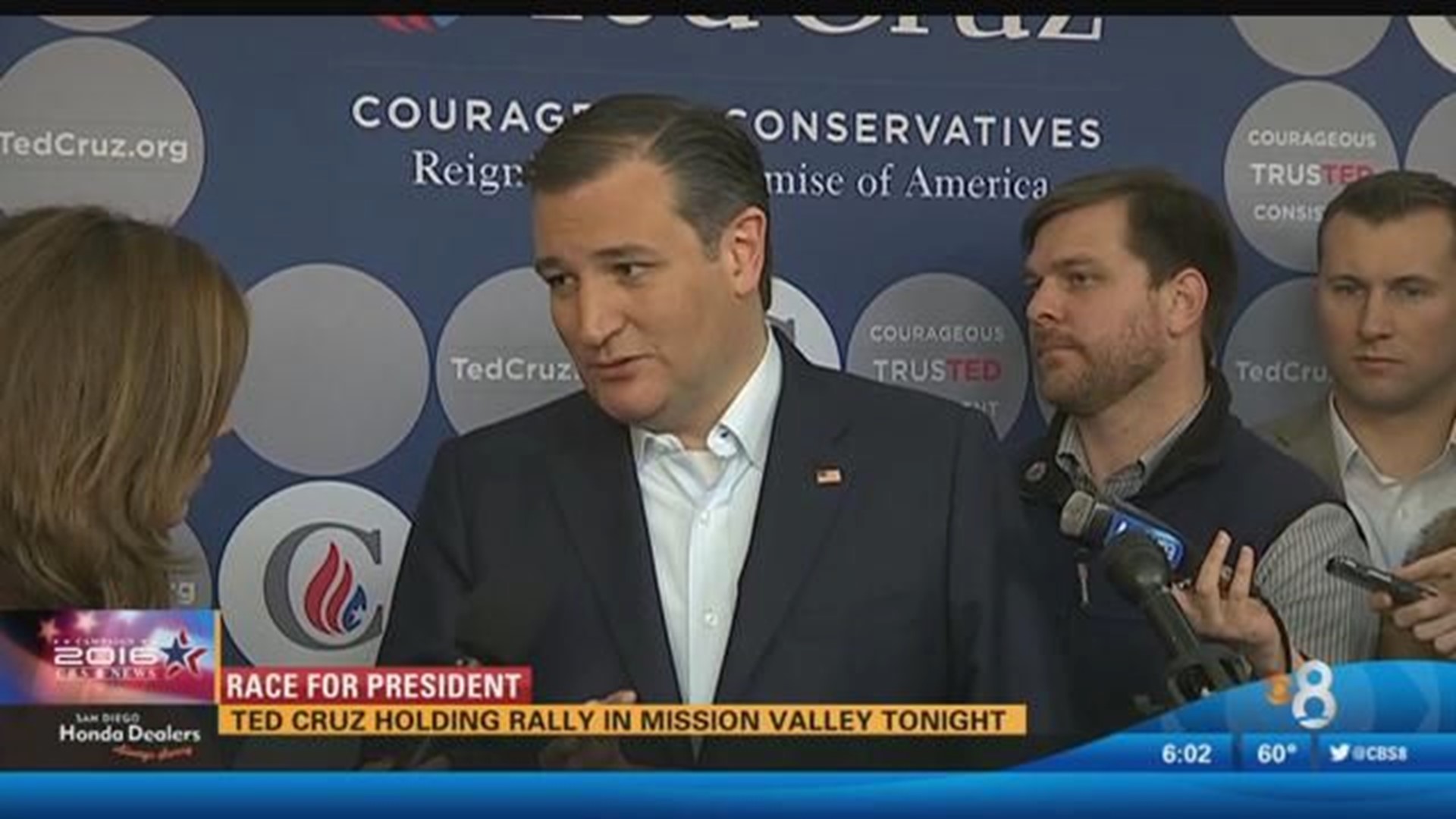 After a stop in Irvine Monday morning, Senator Cruz made his way to San Diego hoping his campaign's momentum will continue in California.

San Diegans packed the Town and Country Resort in Mission Valley as the Texan Senator fired up his base and spoke of jobs, freedom and security. He vowed not to compromise American's religious freedoms.

The crowd's most thunderous applause came when Cruz laid out his plans for a border fence.

Both of Cruz's opponents for the Republican nomination are scheduled to campaign in New York today in advance of its April 19 primary. Businessman Donald J. Trump is scheduled to hold a nighttime rally in Albany and Ohio Gov. John Kasich plans to hold town hall meetings in Troy and Saratoga Springs.

After winning all 13 delegates at stake Saturday at the Colorado Republican Party State Convention, Cruz issued a statement:

"This election is about the hope that our children can still have a more promising landscape of opportunity than generations past. It's about bringing together Americans from all backgrounds who know that we will be stronger, more prosperous, and infinitely more free if we return power in Washington back to the people. So that Americans are free to create better jobs, live and worship freely, and once again proudly defend `the last best hope of Earth."