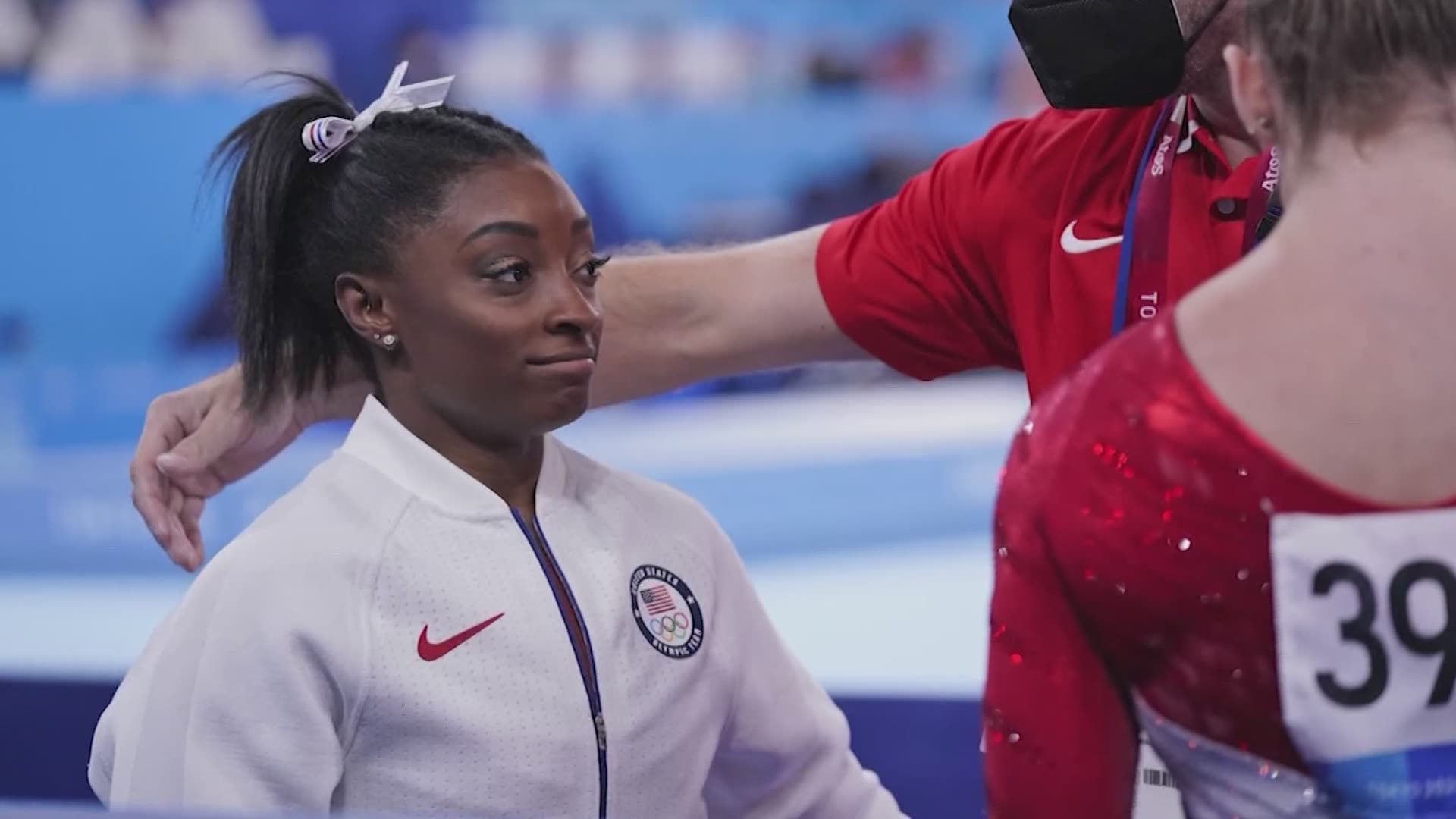 AUSTIN, Texas — Olympic champion and Spring resident Simone Biles has found plenty of support around the world after withdrawing from both team and individual all-around gymnastics competitions in Tokyo.

But there’s one state official who wasn’t among her well-wishers. And he's now apologizing for it.

His full tweet, which quote-tweeted video from Kerri Strug’s 1996 Olympic performance on an injured ankle, read, "Compare this with our selfish, childish national embarrassment, Simone Biles."

Late Wednesday afternoon, Reitz tweeted again about Biles, though this time, apologizing to the gymnastics superstar.

I owe @Simone_Biles an apology. A big one. My statement: pic.twitter.com/SZI8YRI3WO

Biles had pulled out of the Olympic competitions, saying she needed to focus on her mental health. It's still not clear if she'll participate in next week's individual events.

"I was like, oh, no." said Dr. Antoinette Wilson, an assistant pyschology professor at University of Houston Downtown. "Between Simone and Naomi Osaka kind of really taking a forefront and saying, you know, I'm protecting my mental health."

Biles and Osaka are superhuman when it comes to sports.

"Honestly, a lot of that criticism is tinged with some misogyny and racism." - per @uhdowntown asst. psych professor on why some disagree w/ @Simone_Biles decision #Simone #Tokyo2020 #Olympics @KHOU pic.twitter.com/i1IGTVZkgy

"Honestly, a lot of that criticism is tinged with some misogyny and racism," Dr. Wilson said. "Simon Biles is a Black woman. Osaka identifies as a black woman as well, Japanese and Black."

"They are also human when it comes to facing anxiety and depression," said Bill Prasad, licensed mental health and wellness expert.

"No one could have trained for a pandemic, along with isolation, all combined during some of the most pressured filled moments of one's life," Prasad said.

Biles tweeted Wednesday night about the outpouring of support she's gotten since withdrawing.

the outpouring love & support I’ve received has made me realize I’m more than my accomplishments and gymnastics which I never truly believed before. 🤍