Depositions in the Trump University lawsuits were released by a federal court in San Diego on Thursday night. 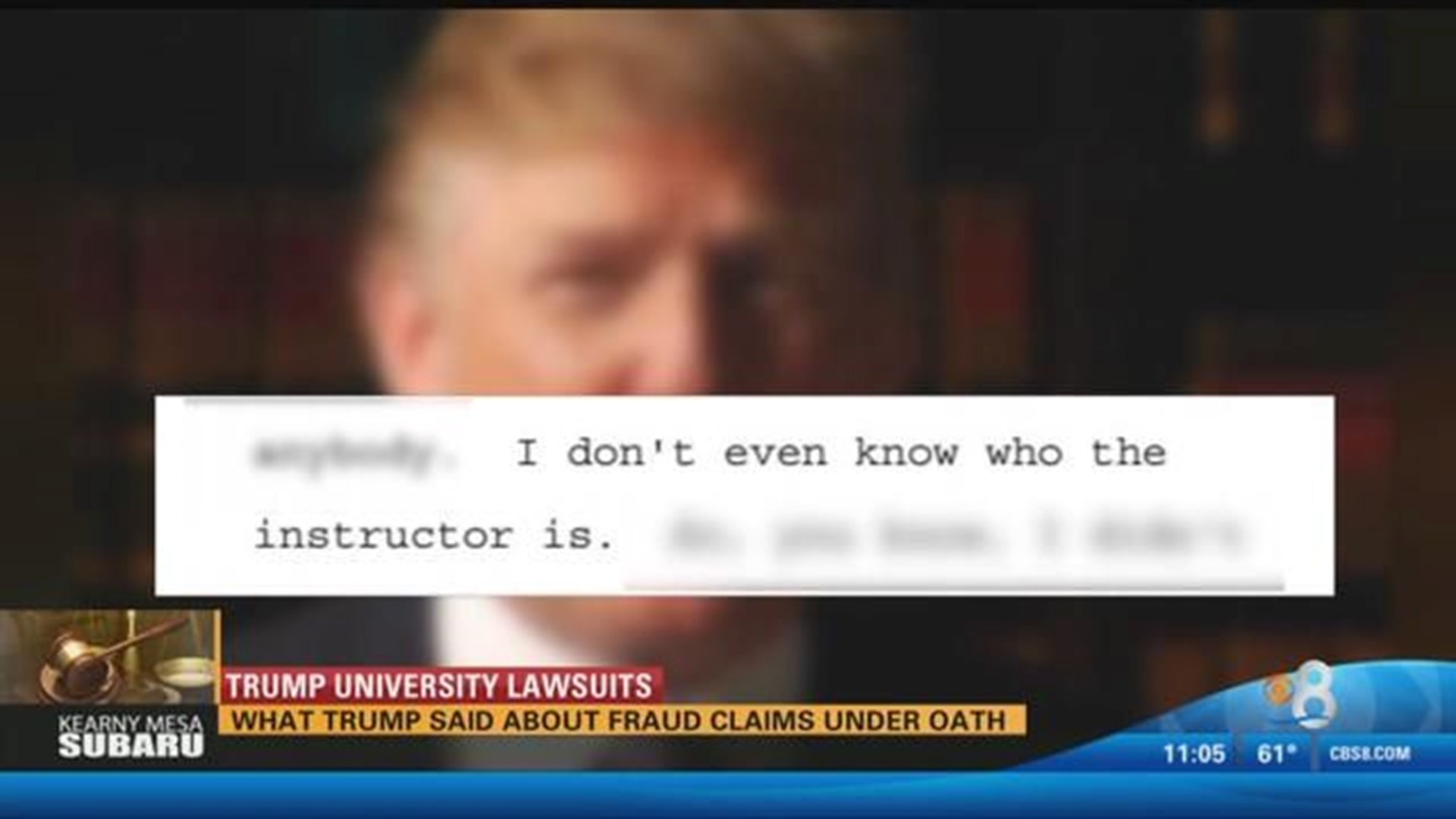 SAN DIEGO (CBS 8) - Depositions in the Trump University lawsuits were released by a federal court in San Diego on Thursday night.

The claims contain quotes from Donald Trump that he said under oath weeks ago.

The records show that under-oath Trump contradicts what he touted in his videos to influence students to enroll in Trump University.

The depositions were released on the same night as the FOX News Presidential Debate, at which Marco Rubio blasted Trump about the failed Trump University and the lawsuits.

The records show that Trump admitted, while under-oath, he did not know the names, faces or voices of the instructors he hired for the failed Trump University. He also did not handpick them like he said in his school commercials.

RELATED STORY: Trump on the witness list to testify in San Diego

Trump is facing two class action lawsuits. One filed in 2010, involving hundreds of students and the New York State Attorney General that he defrauded students, two from San Diego, who paid anywhere from $1,500 to $35,000 to learn Trump real estate principals form the "best."

Allen Bloom, a trial lawyer in San Diego said it will be interesting to see how it plays out with voters.

"In the courtroom, this is the kind of thing that juries look at and shake their head. What you are arguing about is whether or not this reflects on his ability to be frank and honest with the American public. There is not a way to avoid fact checking," said Bloom.

Trump was also asked about his past support for the Clintons and Jeb Bush. It's not clear why, but Attorney Allen Bloom said it may help his credibility in the lawsuit.

CBS News 8 reached out to Trump's general council, but they did not return a message for comment.